The bitcoin price is still sliding into a new bullish pattern, but given recent activity, we should expect prices to stay around the same level for a while before major upward movements make their way into the market. 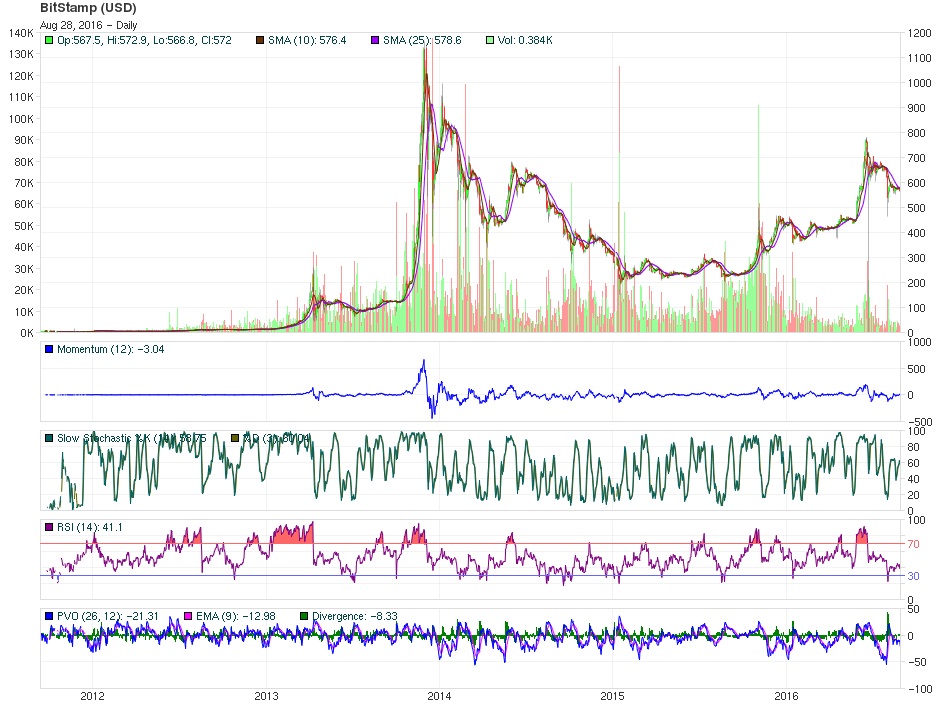 According to indicators, as well as bullish consensus, prices are sliding into a new bullish pattern that could initially manifest itself as a fast rally to $820. However, after reaching $820, another congestion area would take hold, pushing prices sideways before they continue to move higher.

The current lateral market brings a lot of false signals and the balance could break up at any moment, so be prepared for the upward movement towards $820. 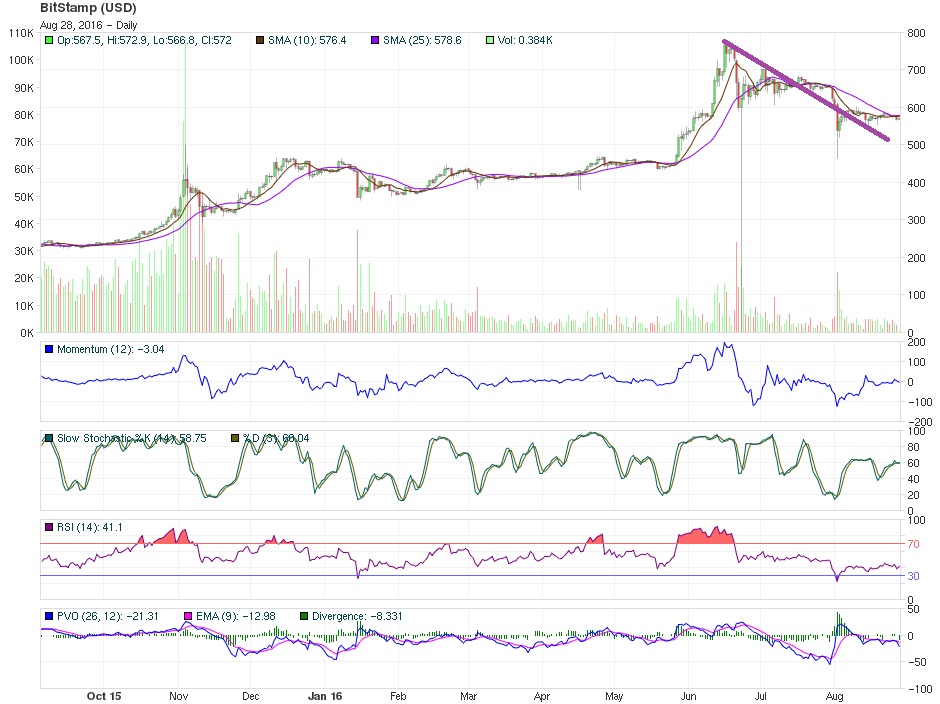 The current price level does not coincide with projections derived from technical indicators. The discrepancy between the current bitcoin price and the projected technical price should eventually be resolved by a big and fast movement—which we believe will most likely be a turn to the upside.

The sideways lateral trend is responsible for placing prices out of recent technical patterns. However, once the gap is closed by the upcoming movement, a new cycle will start with technical objective pointing to $820 and beyond. 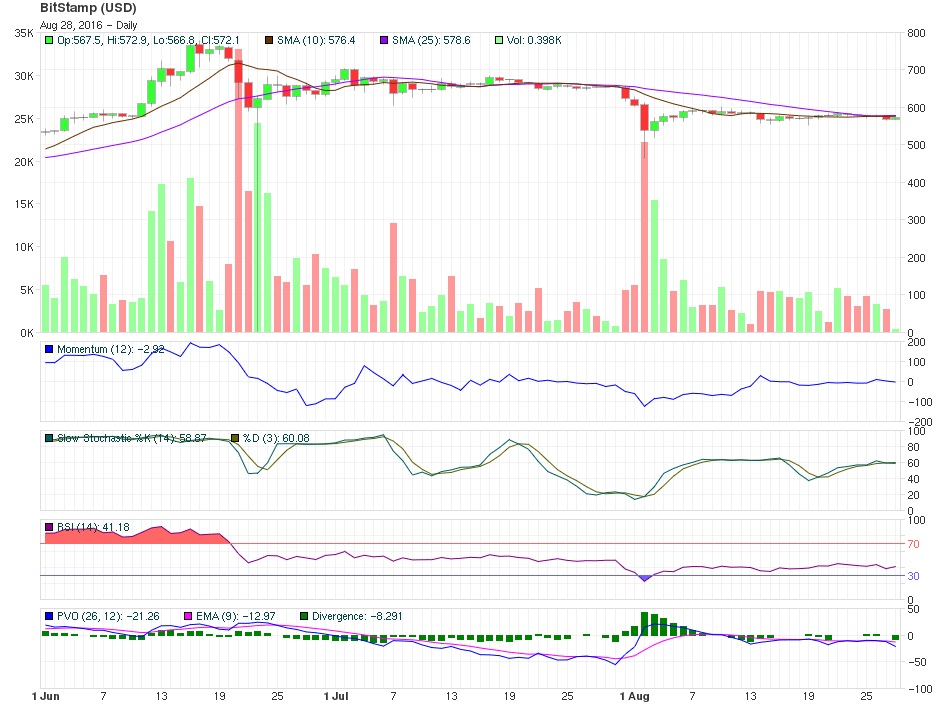 Although the lateral market has lasted longer than expected, we still maintain that a new bull cycle is forming. To support our belief, current oscillators look strong enough to dismiss any resistance on the way to $820 when the bulls finally reenter the market.

Japanese Candlestick Analysis corroborates the oscillators, pointing to higher bitcoin prices in the short-term, kicking off a longer-term bull run.

What do you think will happen to the bitcoin price? Are the bulls still set to dominate, or will we still see sideways movement in the market? Let us know in the comments below.