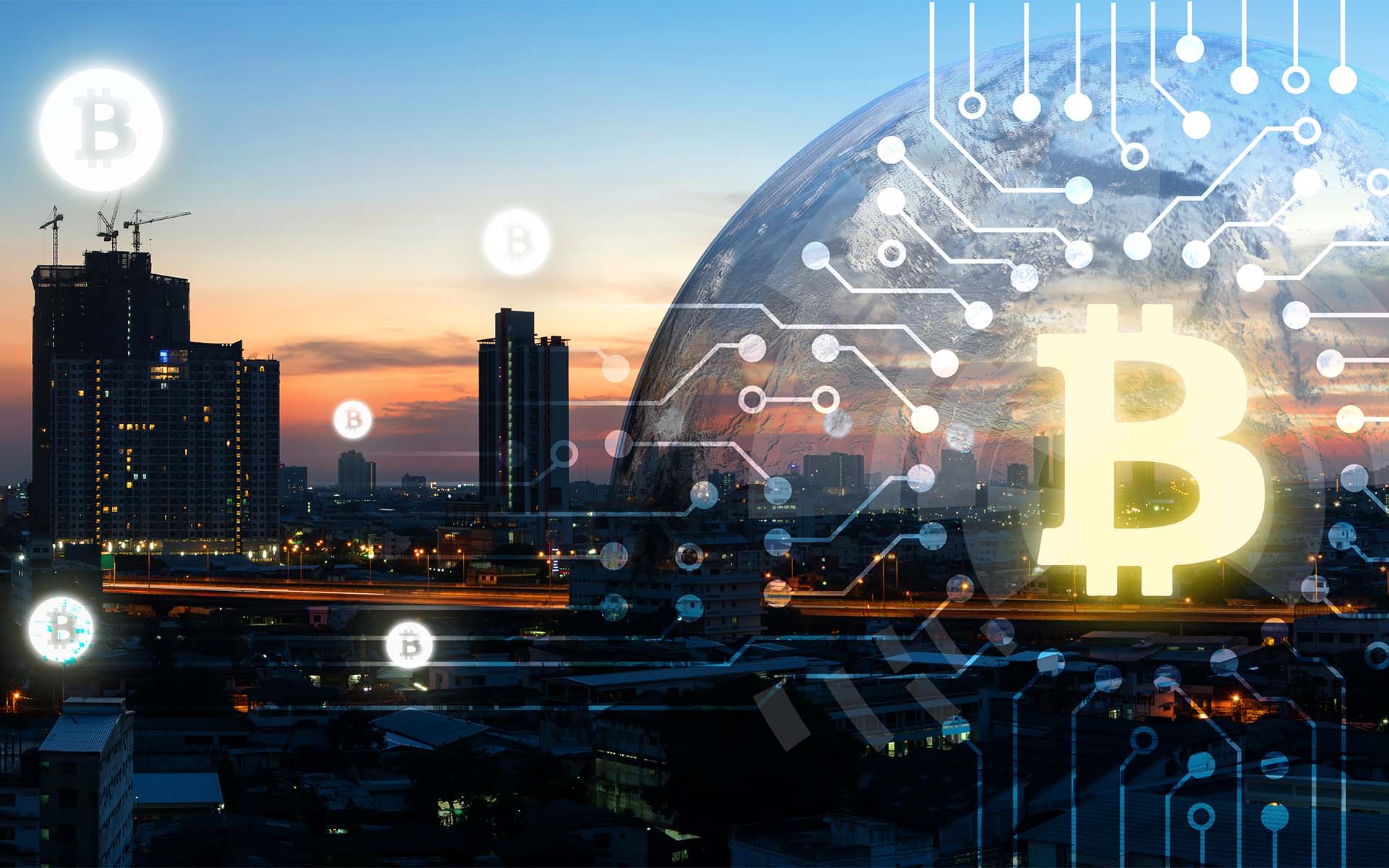 Ten Reasons Why Bitcoin Is Still Scaring Investors Away

With Bitcoin prices smashing through one milestone after another and mainstream financial institutions like CME Group, CBOE, and Nasdaq preparing to offer Bitcoin futures trading, you would think that investors would be beating down the doors to get in on the action. While many investors are rushing to jump on the Bitcoin bandwagon, just as many are shying away from the digital currency.

All of a sudden, or so it seems, Bitcoin hype is everywhere.

And that makes me anxious. It doesn’t mean you should be, it just means we’re reaching a tipping point. We’ve seen this story before.

When I think of a bubble, I think of the dot-com bust in the late nineties and the real estate crash that started in 2007. I think of people blindly pouring money into investments they know nothing about. I think of the taxi test where, if my taxi driver is telling me to make an investment in something, it’s time to get out.

Yet so far, the taxi cab drivers are not giving Bitcoin investment advice. At least not to me.

This is a dangerous speculative bubble by any shadow or stretch of the imagination. […] I’ve never seen a chart of a security where the price really has a vertical pattern to it. And bitcoin is the most vertical of any pattern I’ve ever seen in my career.

And yet, you must ask yourself why are investors still avoiding Bitcoin? I think I know why, and it’s not at all irrational.

The problem for most investors is that cryptocurrencies are too risky as they see values change shape from day to day. Many investors shy away from ventures that tend to be solid one day, liquid the next, then evaporate overnight. Bitcoin has a long history, but I don’t think you can call it stable

Would be investors feel they missed the Bitcoin boat several months ago and are either waiting for a correction or believe they’d be buying at the top of the market. As illustrated below, they feel the boat left the harbor several months ago, and unless it comes back, they are going to wait it out on the docks.

3. People are Still Calling it a Ponzi Scheme

Admit it, you’ve heard it several times. But is it fair to lump Bitcoin and Ponzi in the same sentence? With major US exchanges like CME Group, CBOE, and Nasdaq getting ready to offer Bitcoin futures trading, it certainly doesn’t seem so.

Of course, there is still a risk of fraud. There are scammers putting out misinformation and that have taken advantage of investors by launching Ponzi schemes that promise guaranteed high returns within 90 days. Even Bitcoin super-evangelist James Altucher claims 95% of the alt-coins are suspect.

But we know the crypto community is innovative and will find solutions – this too shall pass.

4. Since no Country is Backing Bitcoin, They Don’t Trust It

What happens if you get hacked? What happens if you lose your Bitcoin private keys? I know a few people that were mining Bitcoin several years ago left the keys on their hard drive and formatted it before selling the computer to another person. They lost millions and it can’t be recovered.

Let’s face it, digital currency is just a set of zeros and ones circulating out there on the Internet and there isn’t any entity you can ask to honor it

5. They Hear About all the Bitcoin Hacks and are Afraid to Buy It

Another major problem with Bitcoin is that when exchanges and wallets are hacked, it’s front page news. And we seem to witness a new hack almost every week.

Recently, Bithumb, one of the largest Bitcoin currency exchange was hacked and more than $1 million in cryptocurrencies were lost.

6. There are Very Few Places to Use It

Try spending some Bitcoin at a local retailer. Try finding a local retailer that will accept it. What has your experience been? For years, businesses like Whole Foods, WordPress.com, Overstock, and Subway have accepted bitcoin as payment, but it’s clear that Bitcoin in its current form will not replace cash or credit cards.

Bitcoin is the proverbial turtle to the cash and credit hare. Today, you can pay a fee and wait 20 minutes for your Bitcoin transaction to clear or swipe a credit card and get an instant confirmation. Which would you choose?

For most people like me, we don’t want to spend hours or days setting up our own bitcoin wallet, we want to go to a site like Coinbase to handle most of the process for us. The trouble with Coinbase, at least for me, is that it took me several days to be verified and several more to transfer money into my account.

Altogether, it took three times as long to set up as my business banking account. That’s not good.

Note: there’s a new option that promises to do it quicker, I wrote about Ankorus’s solution here.

Unlike every other securitized investment, Bitcoin is not regulated by any government or bank. For some, this is why they trade in Bitcoin, but for many investors, they remain on the sidelines because of the potential for fraud.

Why isn’t Bitcoin currently regulated? Because in April 2017, A US federal judge ruled that cryptocurrency is exempt from regulation due to an obscure law passed over 40 years ago.

The Monopoly Act, also known as HB 1010, exempts imitation money and was enacted during the Nixon Watergate scandal (you can’t make this up).

The act provided an unintended loophole for cryptocurrency – it reads in part:

No token, bill, virtual currency, or counterfeit money, whose purpose it is to parody legal tender or otherwise serve as a novelty, and where such can be demonstrated beyond a reasonable doubt, shall be subject to taxation, regulation, or licensing by any branch of government, but shall instead enjoy free and unrestricted exchange.

So in his interpretation of the law, the federal judge ruled that cryptocurrencies are by definition virtual currency, by virtue of a lack of a physical form and issuing bank. Therefore current financial regulations do not apply. 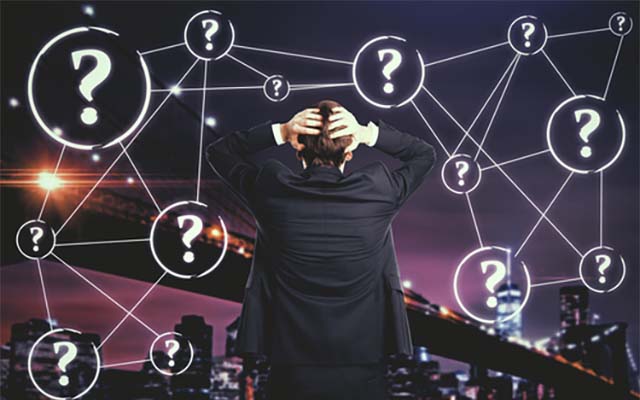 If you don’t understand the blockchain, you’re not alone. In fact, many Bitcoin investors admit to not understanding blockchain technology which is the foundation of Bitcoin. If you’re in need of a refresher, I found a simple but informative video you can watch to get caught up.

But because Bitcoin and the blockchain are such major advancements, most people haven’t taken the time to understand them. Few colleges and universities offer cryptocurrency and blockchain courses and most crypto experts are huddled in their own communities and spend little time educating others.

Bottom line, if investors don’t understand the blockchain concepts or the risks involved, most won’t invest

10. They (Mistakenly) Believe Only Criminals are Using It

Most investors hear about new investment opportunities through their friends or the media. With Bitcoin, both are notoriously misinformed.  To hear the media and government agencies tell it, the only things that Bitcoin is used for are paying for drugs, extorting fees or laundering money on the Internet.

Don’t get me wrong, those things do happen – WannaCry and AlphaBay are proof enough of that – but the truth is that Bitcoin-related criminal activity has actually decreased. In an interview with CNBC, data analytics solutions provider Blockchain Intelligence Group stated that transactions related to illegal activity have fallen from roughly half of Bitcoin’s total transaction volume to about 20%.

In fact, criminals are beginning ditching Bitcoin in favor of other cryptocurrencies that offer greater anonymity and difficulty tracking transactions.

Of course, investors aren’t hearing about enough success stories (save the ever-rising value of Bitcoin) to counter the negative stories. So, the negative narrative remains.

Summing It All Up

These aren’t the only reasons potential investors are scared to invest in Bitcoin, but I keep hearing them repeatedly. The community is starting to take steps to address them but we have a way to go yet before we can alleviate them completely.

Are there other factors keeping investors away from Bitcoin that aren’t on this list? Let us know in the comments below.