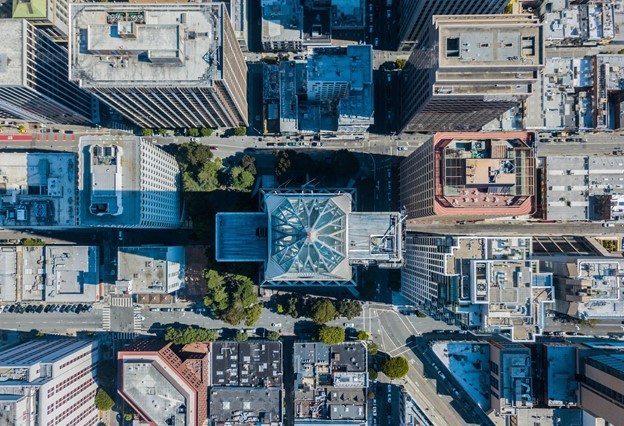 The Importance of Self-Custody in the Metaverse

In the early days of the Internet, websites were mostly static. This meant that there was little interactivity when it came to cyberspace or online communication.

Then came the rise of social media. Now, people could share and interact with each other through interactive applications. This was a huge change from websites and platforms where users had to download everything before they could even click “start.”

Further, the whole Internet used to be centralized, until blockchain came along, enabling self-custody of digital asset ownership. Today, this phenomenon is playing out again in the virtual world, or the metaverse. Virtual worlds allow users to buy and trade assets in cyberspace. The difference now is that people can actually OWN these creations — for example, buying land or property — instead of buying digital assets only for them to be held by a centralized entity.

With Next Earth, users can buy a virtual tile of Earth as an NFT, which means that the piece of land bought will be owned by them – in other words, it’s a self-custodial system.

Self-custody refers to when an individual owns their own digital assets within a crypto economy. It’s similar to how we talk about owning our own homes in traditional societies – we live in our houses but we also have full title and ownership rights over them. In many ways, self-custody is what makes crypto economies so powerful because it gives users true ownership over digital assets without a centralized authority.

The reason why owning things matters so much in the metaverse is that assets create value: There’s a real market for ownership rights within these virtual worlds (just like there is in real life).

And since people are motivated by incentives, earning rewards for participating creates an economic incentive for people to invest their time and money into these platforms.

To demonstrate how this works, let’s look at Next Earth again as an example.

Next Earth is a virtual replica of Earth on the blockchain, where you can buy one-hundred square meters of land NFTs called tiles. They serve as both an asset and as a form of crypto collectible, as each tile is verifiably unique.

Here’s how it works: A player selects an interesting tile of land, whether it’s their own house or the White House, and then spends BNB to acquire that tile as an NFT. That NFT then belongs to the user and the user alone – and can even be re-sold on other marketplaces.

How Does This Compare to Centralized Platforms Like Earth2?

In centralized platforms like Earth2, the ownership of virtual land and assets is controlled by a single entity. This means that if Earth2 goes under or changes its terms, your assets are at risk.

With decentralized platforms like Next Earth, there’s no company to rely on for your land ownership – you’re in complete control of your own assets. This is why it’s so important to truly own your own assets in the metaverse: You have the power to decide how they’re used and who can access them.

In the case of centralized platforms like Earth2, users don’t have ownership rights over their own assets. They also can’t easily transfer or sell those assets to someone else. This is because centralized platforms are owned by a single entity, and that entity has the power to control the platform’s rules and policies.

The decentralized nature of blockchain-based metaverses means that they’re governed by code instead of humans – which means no one person or organization has complete control over them. This is an important distinction, as it means there’s no central point of failure for these virtual worlds. If Next Earth were to be shut down tomorrow, your NFTs would still be yours – they wouldn’t suddenly disappear into thin air!

Ultimately, if you’re looking to buy virtual real estate or collectibles, then owning them yourself is crucial.