The crypto-community may have done a fair bit of Buffett-bashing and even a bit of Dimon-drubbing of late, but the fact remains that these two men are legends in the field of finance and possess vast knowledge and wisdom especially when it comes to traditional finance.

This week, the dynamic duo published a brilliant letter in the Wall Street Journal urging corporate America to look past their own noses. The specific calls to action included asking companies not to share their quarterly profit projections because the focus on such short-term numbers has been known to hamper long-term success.

When you need advice about health, ask a doctor. If you want to learn about bricks ask a mason.

Ultimately, the ultra-wealthy have the highest incentive to maintain a stable economy and promote long-term growth. However, this is at odds with the world’s mega-corporations, who are mostly incentivized by short-term targets.

Therefore, despite best efforts from Dimon and Buffett, it doesn’t seem likely that this trend will change… and least in the short-term.

Please note: All data, figures & graphs are valid as of June 8th. All trading carries risk. Only risk capital you can afford to lose.

The entire world will be watching the G7 meetings in Quebec this weekend.

The presence of President Trump will have everyone on high alert, especially since he has slapped most of the present members with fresh tariffs.

Stocks are giving back some of their gains from earlier this week and all indices are firmly in red for today. These three charts show the last week for Nasdaq, DAX, and Nikkei respectively.

Last Friday we had some rather urgent news out of Spain and it seems we have now witnessed a complete swing of the political pendulum as power has shifted firmly and smoothly to the opposition.

The incoming Prime Minister Pedro Sanchez has set a precedent with the country’s first female majority government with 11 of his 17 ministers being women. 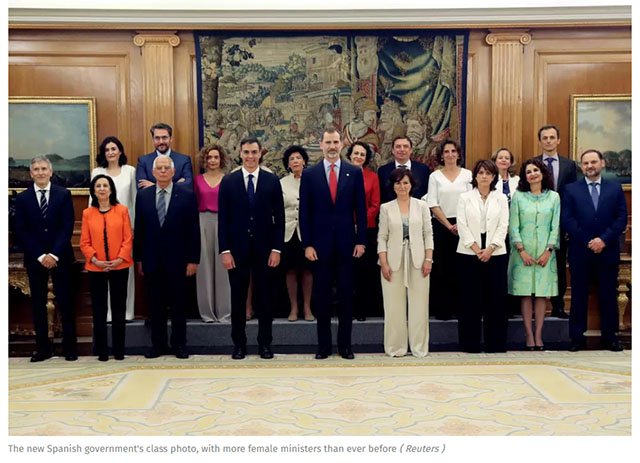 His number one goal at this point will be to increase his numbers going into the next election, likely to be sometime next year.

It’s actually rather impressive how well the markets held up during this transition. Unlike in Italy, there was no blowout in the stock markets. Even though there were modest declines in the IBEX 35 in the week leading up to the switch (purple circle), it seems to have recovered most of them already.

Earlier this week we discussed how the deteriorating state of Venezuela’s economy shows us a real-world need for global money and even how bitcoin can be seen as a stable store of value for millions of people.

It seems that while I was writing that update, the country was actually seeing a real surge in bitcoin usage. Unfortunately, the website that tracks the online bitcoin market only updates on a weekly basis and from the update this morning we can see that this past week has seen a 263% increase in volumes over the last month.

It’s not just Venezuela though. Looking at the global graph, we can see that online volumes have spiked to levels not seen since September, at least as far as the number of BTC exchanged.

In USD terms, we’re now back at the levels seen at the peak of BTC fever in December and January.

Where Is the Volume Coming From?

The graphs above are from coin.dance, which tracks usage on a site called MyLocalBitcoins, which matches buyers and sellers online. Naturally, most people in the developed world don’t really need to use this service since they have easy access to centralized exchanges.

Japan’s online market, for example, is a ghost town. Just 20 BTC has been exchanged so far this year.

On the exchanges, however, it seems that volumes are declining steadily. With the recent price stability, it seems there’s very little interest from traders at the moment.

Cryptocompare has a pretty good graphic that shows Japan dominating 64% of the volume on exchanges right now. 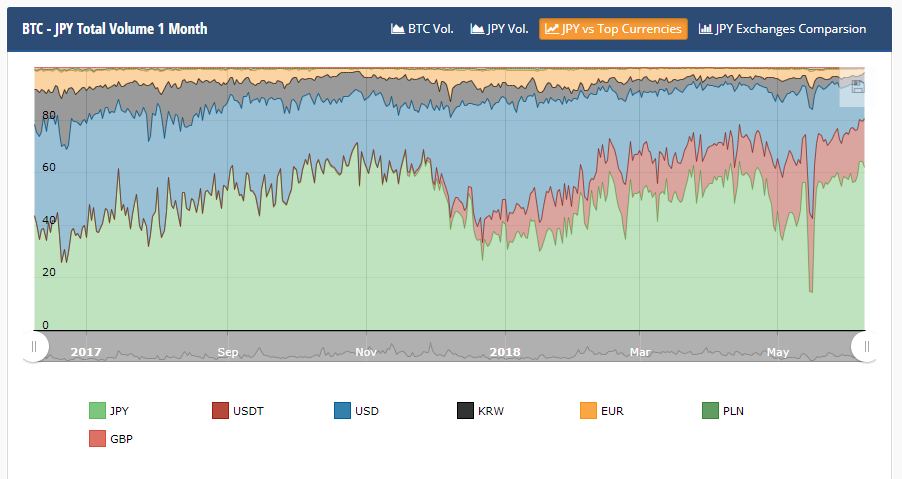 But this is not so much of an uptick from Japan as it is a downward trend from the US Dollars, whose volume has been decreasing steadily since December. 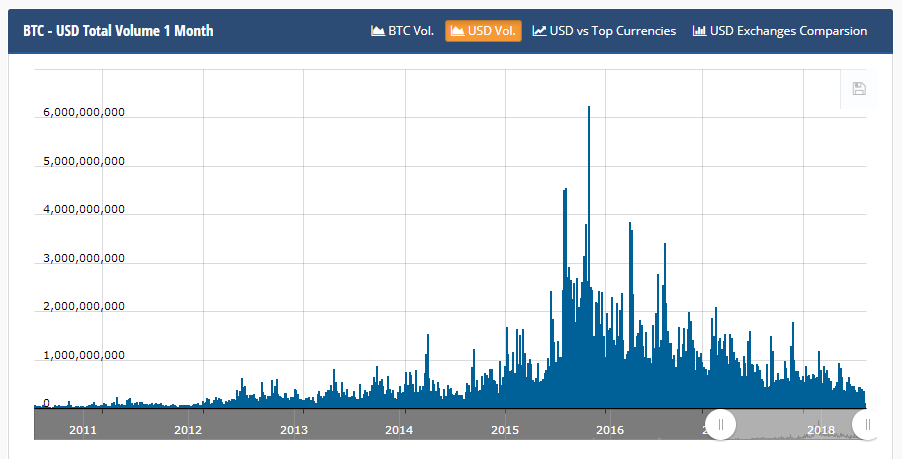 Further proof that the current spike is not of a speculative nature can be seen by looking at volumes on the CME and CBOE futures is rather dormant.

If we really want to know what’s happening though, we need to go straight to the chain. Blockchain.info tracks the number of transactions per second that happen on the bitcoin blockchain.

Here we can see that there has indeed been increased usage over the last two months and to the point, there has in fact been a spike this week.

When analyzing the chain, we need to also keep in mind that the lightning network is gradually increasing, which will naturally decrease the number of transactions on the main blockchain.

Many thanks to everyone for reading and to those of you who have been sending me your thoughts and updates. They are extremely helpful!

Have an amazing weekend ahead!