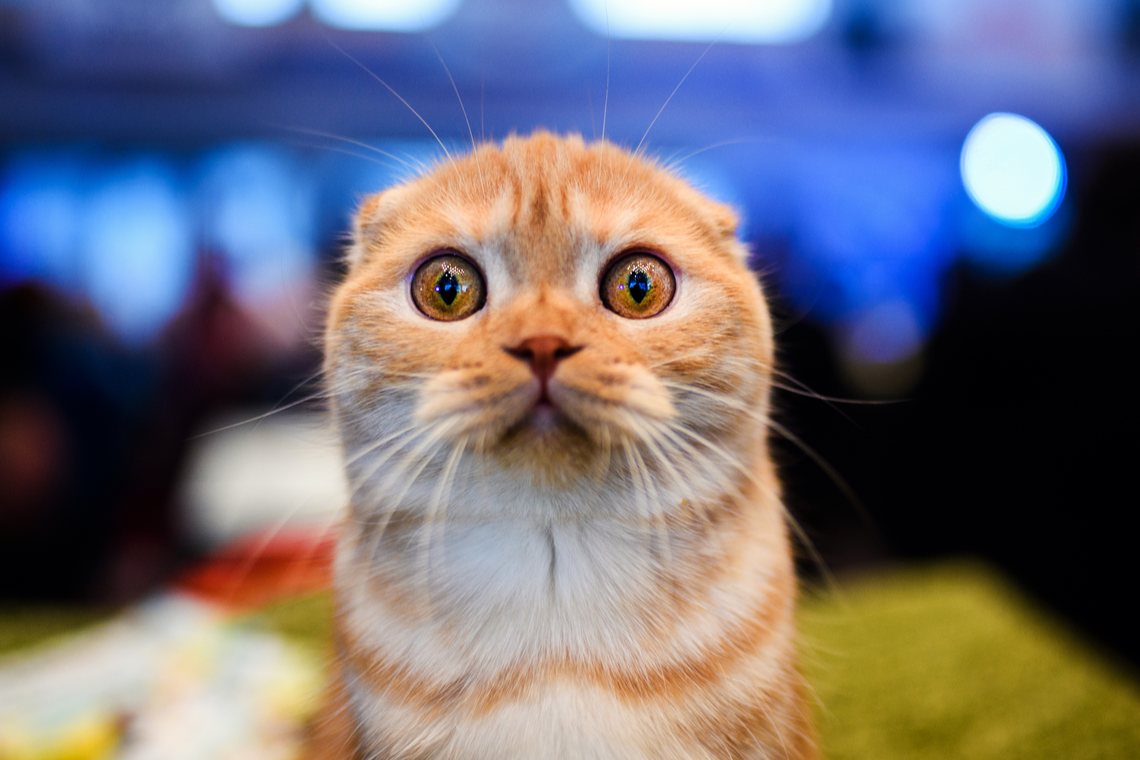 by Himadri Saha
in Bitcoin Price
0

Most bitcoin traders and analysts comment on BTC price charts wrt metrics already known or adequately discussed. However, there is an aspect that is rarely brought up in technical discussions. It provides a shocking yet convincing definition of bitcoin’s upcoming price action.

The Bitcoin Chart They DON’T Want You to See

That is the title of popular analyst Alessio Rastani’s latest bitcoin price video, and it is pretty apt. Why? We shall see.

Bitcoin price has maintained quite a bullish outlook this year since the very beginning. But according to Rastani, the rally wasn’t qualified enough to push BTC into a new bull market. Since late July, August he has been posting bearish calls on his YouTube channel with the most prominent being the ‘wildcard’ bitcoin price action theory, which he expects to play out till this date.

In his latest vid, Alessio asks his audience to switch to the ‘Linebreak’ mode on the usual BTC/USD chart. The particular chart opens up a totally different representation of the ongoing bitcoin price action, one which is not spotted so often. 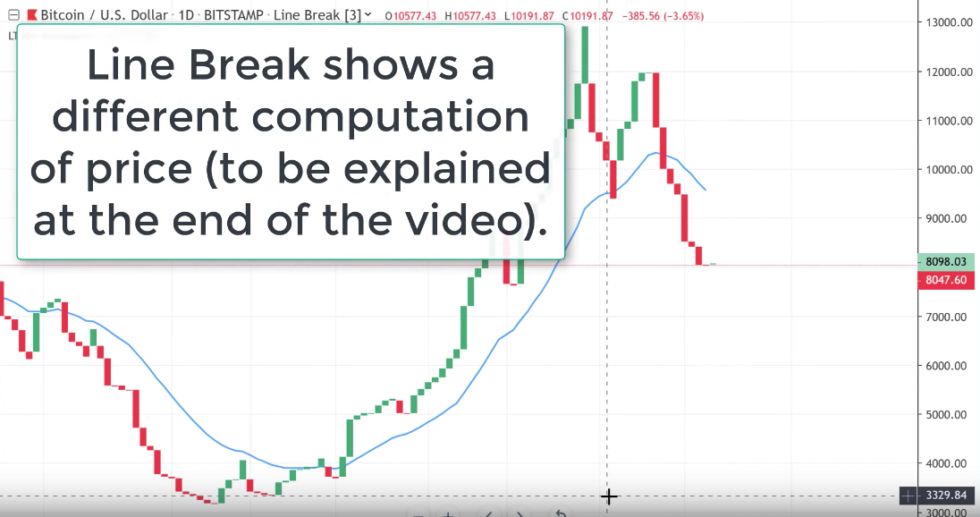 Totally different from most other charts, this one reaffirms the stance on bitcoin’s current and upcoming price action.

The Line Break chart is a “more subtle form of point and figure charts, where reversals are decided by the market”, as described by a Japanese trader. It is made up of a series of vertical blocks called lines, that use closing prices to indicate market direction. Line Break charts are most commonly known as “three-line break” charts. This is because once there are three consecutive lines in the same direction, the Close must “break” the most recent three lines in order to draw a line in the opposite direction. For example, once there are three consecutive Up Lines, the Close would have to break below the low of the prior three Up Lines before a Down Line can be drawn.

Rastani goes on to talk about how this chart actually knocked him off the moment he spotted it. In late July and August, this year bitcoin price registered a parabolic rise, which was followed by a pullback to the 21 MA. Then a quick bounce, with a drop ‘below the 21 MA’ soon after. This got him thinking, as the exact same pattern played out in 2017 – 2018. 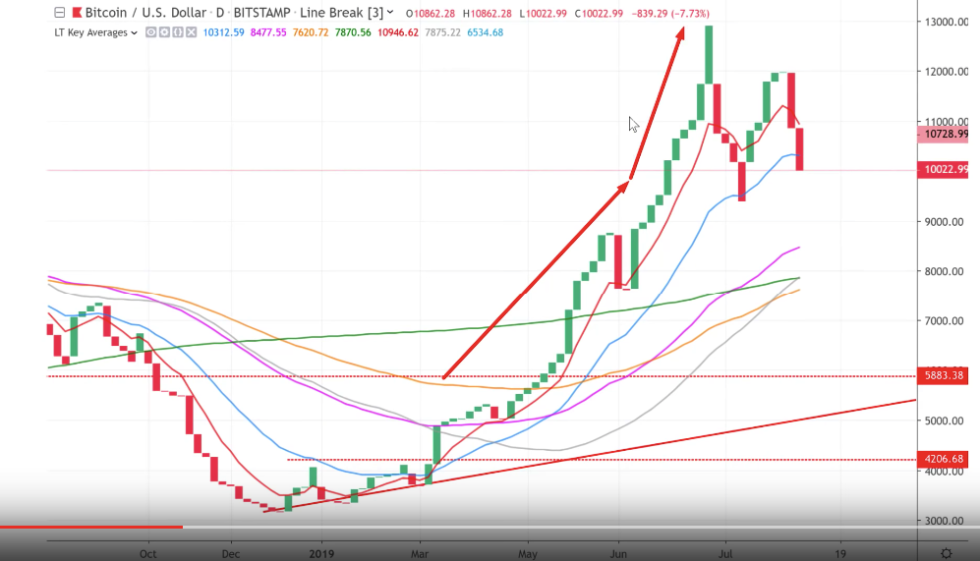 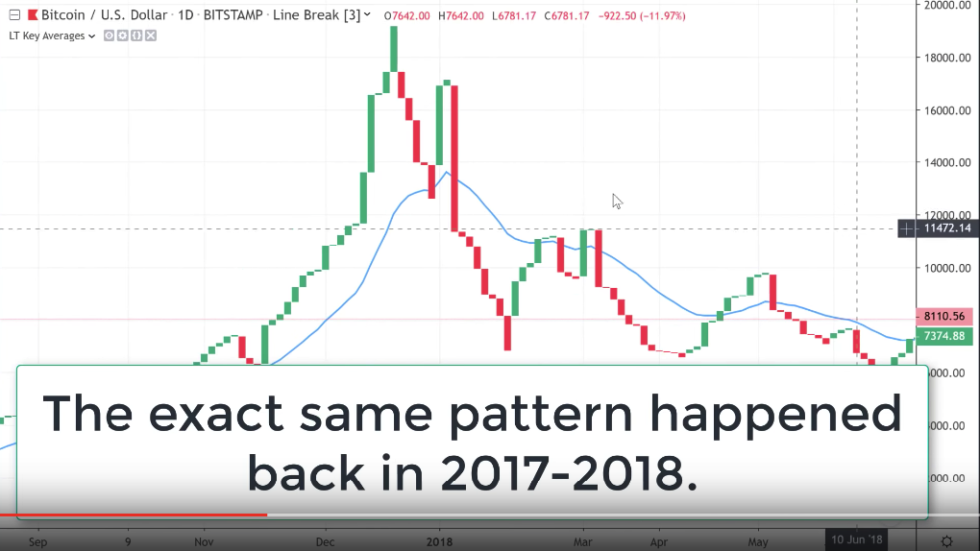 Parabolic rise to the ~ $20,000 BTC price in November-December, then a drop to the 21 MA, bounce and then a drastic free fall below the 21 MA mark. As per, Alessio, this pattern is almost identical to the price action observed in August this year. 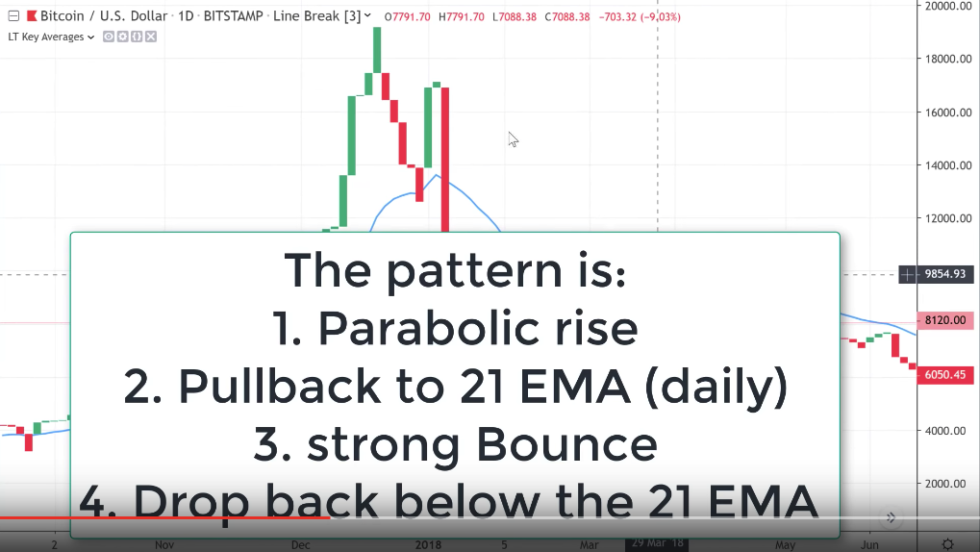 What’s interesting here to note is that the third bitcoin price fall or crash to be precise led to a significant trim in gains during the parabolic rally not just in 2017-2018 but also in the great BTC rally of 2013 where again the same linebreak picture showed up. 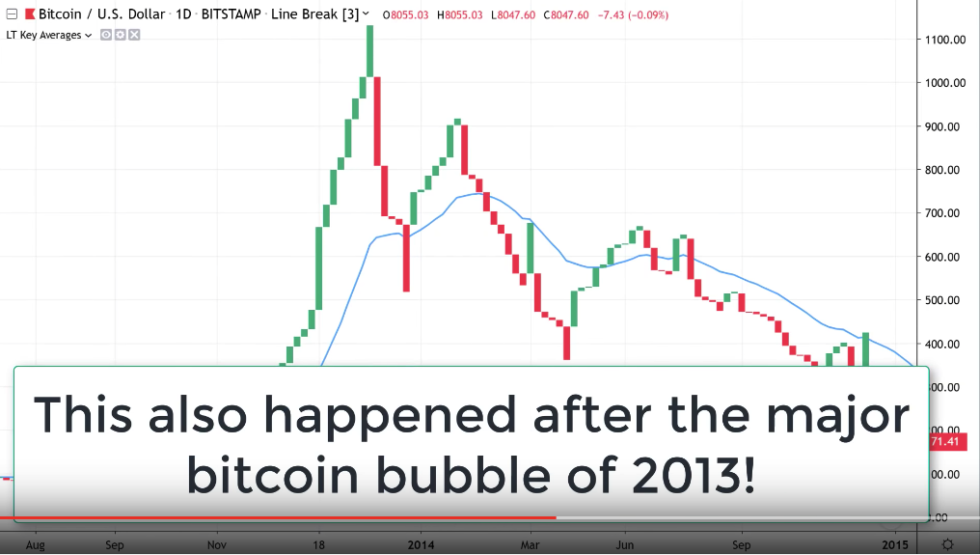 This makes Mr. Rastani come to the ‘convincing’ conclusion that bitcoin is headed further down from the current price level (which is well below the 21 MA). The linebreak pattern becomes a useful tool for figuring BTC’s next direction, especially after the ‘bounce’.

Even if bitcoin price jumps back, the 21 MA which corresponds with the $9561.23 price mark is going to be a significant resistance for BTCUSD. For now, BTC can only be seen going further down the road.

What do you think about Alessio’s latest bitcoin price insight? Share your thoughts in the comments below.