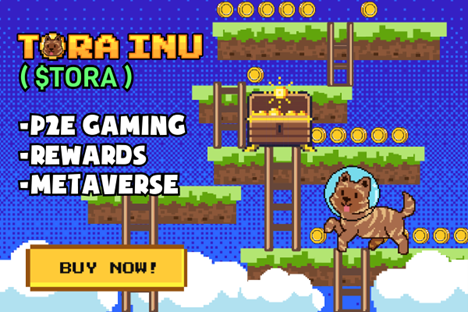 Crypto presales are often the best time to get involved in a project to earn the best return on investment. Typically, when it finally goes live on an exchange it starts to gain traction in the ecosystem and starts to surge. In addition, memecoin presales are often some of the best projects to buy for quick and easy gains.

One ongoing meme crypto presale is quickly gaining momentum and is expected to explode during the next bull market in 2023.

The project is called Tora Inu, and it’s attempting to take on top-tier rivals such as Floki, Doge, and Shiba.

Let us introduce you to Tora Inu – the next evolution for memecoins.

What is Tora Inu – The New Era Memecoin

What is a Tora Inu? (Tiger Dog) #Tora Inu is another word for a Kai Ken-a breed of dog from Japan that is a national monument.

It is known for it's tiger like fur coat.

Kai Ken are the purest and rarest of the six native Japanese dog breeds. Even more than #Shiba and #Akita pic.twitter.com/IslXvrgj6s

Tora Inu Is a “New Era” memecoin that brings a twist to the memecoin industry. The token comes accompanied with an intuitive burn and redistribution mechanism that simultaneously rewards loyal holders and reduces the supply to make the coin more valuable. Furthermore, the Tora Inu ecosystem can boast a fun play-to-earn (P2E) game with an immersive metaverse planned on the roadmap.

The deflationary mechanism functions by burning a small percentage of TORA during each transaction that runs through the blockchain. The small allocation is burnt by sending it to a burner address, totally removing it from the supply.

It’s important to mention that the burning mechanism becomes more rigorous as the ecosystem becomes more popular. As a result, when demand rises, the TORA token experiences more deflation, which causes the supply to shrink further. Economics 101 dictates that a rising demand met with a falling supply causes a significant increase in value over time.

In addition to the deflation, a small portion of each transaction is also redistributed to the most loyal holders, giving them the incentive to keep holding as they see their wallet balance increasing. 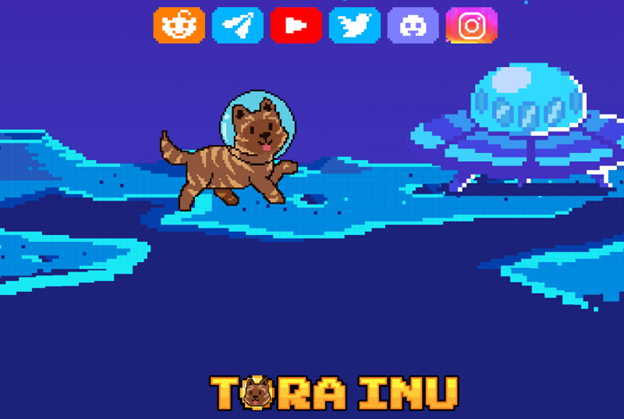 Adding further to the excitement, Tora Inu will launch a fun P2E game that allows users to earn a secondary income in TORA through gameplay. Players will need to buy an NFT, which slowly levels up as they successfully win mini-games against other players or the environment. The NFTs can be buffed to become more competitive. Players win rewards after every victory, meaning there is no waiting around to earn.

Additionally, Tora Inu plans to launch an immersive metaverse further down the line to provide additional utility to the ecosystem.

The team behind Tora Inu understands that memecoins require large communities and buying pressure to take off and reach the heights of Dogecoin and Shiba Inu. To create this environment, Tora Inu has planned a massive marketing drive for its token, which will enlist some of the most prominent publications in the industry.

The team is highly experienced in executing marketing campaigns. They are endorsed by multiple high-tier venture capitalists and high-profile platforms. Furthermore, they are experienced in marketing through social media channels, including Telegram, Facebook, Twitter, and Reddit.

The team also understands for memecoins to take off, they need to be listed on tier-1 exchanges. For that reason, a CEX drive to get TORA listed on numerous Tier-1 and Tier-2 exchanges is officially a part of the roadmap. In addition, they also have a tier-1 CEX ready to list them on launch – but they haven’t announced which one it will be.

The moment we have all been waiting for is finally here!

Get in while it lasts! https://t.co/GdhBzLjELK (Follow instructions to become an early adopter of $TORA and join the #ToraArmy ) pic.twitter.com/UeVmEHRXG9

The presale for Tora Inu is currently ongoing.

The team has partnered with Astronaut Launchpad, the safest launchpad on BSC, who have provided Tora In with the presale contracts.

The presale is scheduled to occur over four separate phases, with early adopters expected to immediately get returns on their investment once all four phases have been completed. The token will list according to the price of the fourth presale, meaning the three phases prior will see returns immediately.

Furthermore, it’s important to mention that there was no private sale, whitelist sale, and seed sale – meaning it’s an entirely level playing field for all public presale participants. There won’t be any seed investors or venture capitalists looking to dump vast amounts of TORA on the market.

Overall, the ongoing presale for TORA is undoubtedly expected to explode after launching during the next bull market in 2023.