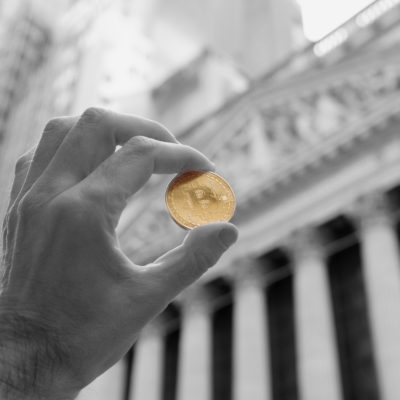 Tom Lee: Bitcoin (BTC) Is Still Too Small For Institutions

Bitcoin (BTC) has maintained a hold above $8,000 for the past few days and it appears to be consolidating here. The Bakkt futures launch a couple of weeks ago was hugely underwhelming and industry experts suggest that bitcoin and crypto is still too small for institutional interest.

BTC topped out at $8,230 a few hours ago according to Tradingview.com. There has been very little movement away from the $8k zone since the massive dump eleven days ago. The intraday dip was down to $8,110 but BTC has clearly started another consolidation phase at this price zone.

A death cross is approaching on the daily chart as the three-month downtrend continues with little signs of reversal. The weekly candle has yet to close but as analysts ‘Crypto Fibonacci’ points out it signals indecision;

“This candle is still not closed yet, but it looks like a Doji will form here (indecision). It is forming in a very interesting area. At the 50 ema and the lower Bollinger Band. Next week should be interesting.”

This candle is still not closed yet, but it looks like a Doji will form here (indecision). It is forming in a very interesting area. At the 50 ema and the lower Bollinger Band. Next week should be interesting.#btc #bitcoin pic.twitter.com/dtUTrrtigy

However, with very low volumes bitcoin price is likely to continue to be range-bound for a while yet. Total crypto market capitalization is currently around $220 billion which is about where it was this time last week following seven days of sideways trading for most digital assets.

Crypto Too Small For Big Boys

The lack of interest from major institutional players may be why BTC price has not rallied further. The choppy market conditions are due to the same money being pumped in and dumped out as short term traders buy and sell the same coins.

Crypto bull and managing partner at Fundstrat Global Advisor, Tom Lee, recently spoke to media with his views on the lack of interest from institutions.

“There’s a mechanical issue for crypto in terms of infrastructure that’s needed but there’s probably also a size of market issue,”

Lee added that crypto is too small for the institutional world, before comparing it to the $9 trillion dollar gold market, the $66 trillion stock market, and the $86 trillion bond market.

Lee continued stating that around 1% of US citizens own BTC which is why it is still viewed as a hobby and has yet to attract major institutions. Regulatory uncertainty, especially in the US where lawmakers procrastinate with impunity, is also off-putting for many investors who seek a little more security and stability for their investments.

Will BTC ever be accepted by the big players? Add your thoughts below.