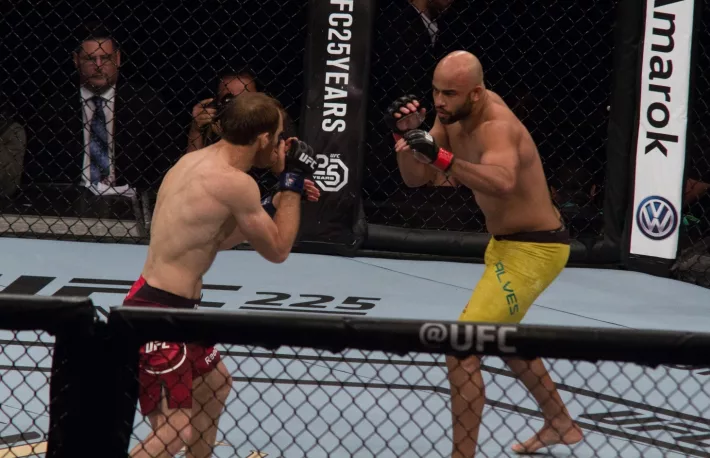 Crypto.com signs a $175 million kit deal with UFC as the cryptocurrency platform continues to expand its sponsorship drive.

Endeavor-owned UFC has agreed to sign a sponsorship deal with crypto.com. As per which, the cryptocurrency platform’s name will be on wrestlers’ fight kits both in and out of the arena.

The details of the deal aren’t known to the public. However, according to a CNBC report, people familiar with the deal have said it’s worth $175 million over 10 years.

Crypto.com is a cryptocurrency website with over 10 million users. The hong-kong based exchanged allows people to buy and sell cryptos.

The company’s deal with wrestling giant UFC isn’t without precedence. Crypto.com has already signed similar sports deal with other organizations in the past.

Just last week, the platform announced a deal worth $100 million with Formula 1. Starting with the British Grand Prix at Silverstone on July 17, the exchange will be sponsoring the new F1 format called “Sprint”.

The CEO of Crypto.com, Kris Marszalek, says the deal with UFC is a historic moment, and it would help the sport accelerate the world’s transition to cryptocurrency.

This is just the beginning of a long relationship with UFC, and we’re looking forward to what we will build together.

It’s worth noting that the sponsorship with Crypto.com isn’t the first time UFC has signed a deal with a crypto-related platform.

Dapper Labs, the NFT platform known for NBA’s Top Shot, has an exclusive licensing deal with UFC for non-fungible tokens.

The reason behind crypto-sports partnerships is that cryptocurrency is mainly attractive for young people. Since sports are a great way to reach the new generations, these deals can help spread crypto platform’s brand effectively.

Below is a chart that showcases the trend in the cryptocurrency’s price over the last 6 months. 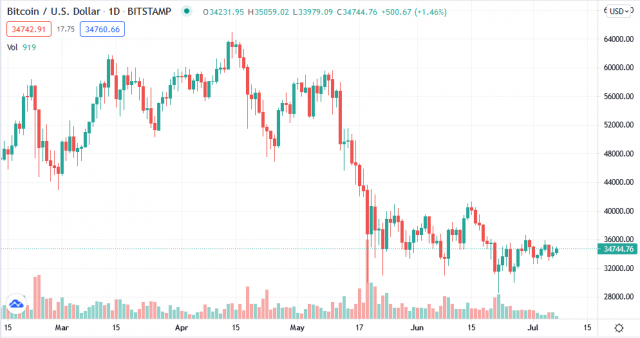 Bitcoin’s value has been stuck in the same price range for a while now. This is backed by some indicators showing that market volatility is the lowest it has been since the bull run began.

It’s hard to say which direction the cryptocurrency will go when it breaks out of this stagnation zone. There could be another bull run ahead, or possibly a short-term bear market.