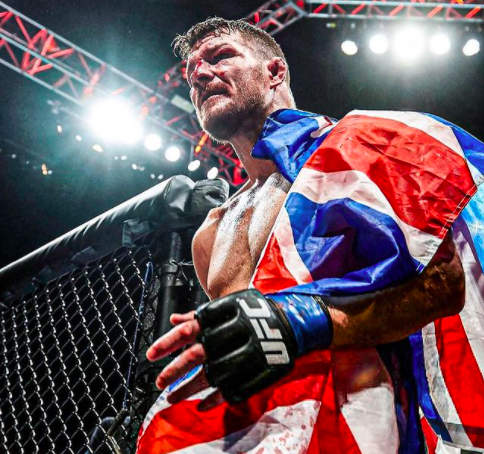 UFC Hall of Fame inductee Mike Bisping is the latest premier athlete to hop into the NFT space. Bisping will pair up with Blockasset, an NFT marketplace looking to make a strong push in sport.

The news comes early as a Bitcoinist exclusive, as Blockasset will announce Bisping’s collaboration over the upcoming weekend.

Blockasset is putting their foot on the gas on talent partnerships in sports. The platform announced historic soccer player Wayne Rooney as the first part of their Blockasset Legends series this week, with Bisping’s announcement to follow as the second legend in the series.

After starting his career in 2004, Bisping established himself as a UFC legend, and was inducted to the league’s Hall of Fame in 2019 and now serves as a sports analyst, actor, and commentator. Bisping was the first and only British fighter to win a UFC Championship in 2016. His accolades don’t stop there, as Bisping’s racked up International Fighter of the Year awards and a number of different championship and tournament wins. Additionally, he has since built a substantial following on social media.

Now, with Bisping’s partnership with Blockasset, the top-tier fighter will pair up with digital artist Dosbrak. The drop is set to feature 10,000 NFTs in the full release. There are another anticipated three athletes to come into the fold as part of the Blockasset Legends series as well.

Blockasset is building an NFT platform on Solana, an increasingly popular blockchain for NFTs. The platform was initially introduced in July 2021, unveiling five athletes (including UFC fighters Darren Till and Leon Edwards) in the initial announce. The platform will support secondary sales and emphasizes user experience and ease of use.

Blockasset cites Solana’s low-cost fees and fast processing times as key attributes in deciding to build on the chain. The platform also will leverage a native token, $BLOCK, to power the ecosystem. Native tokens are becoming increasingly popular on NFT marketplaces, exemplified by SuperRare’s $RARE token unveiling in recent months and increased chatter about a potential OpenSea token.

Additionally, the UFC and fighters in the league have been stepping up engagement in crypto too. In June, the league paired up with Socios.com to release $UFC fan tokens. A month later, the UFC locked in a $175MM sponsorship deal with Crypto.com.

A variety of UFC talent have been vocal advocates of different tokens in recent years as well, and with the increasing emergence of crypto in day-to-day life, expect more brand ambassadors and partnership deals to come into the fold.