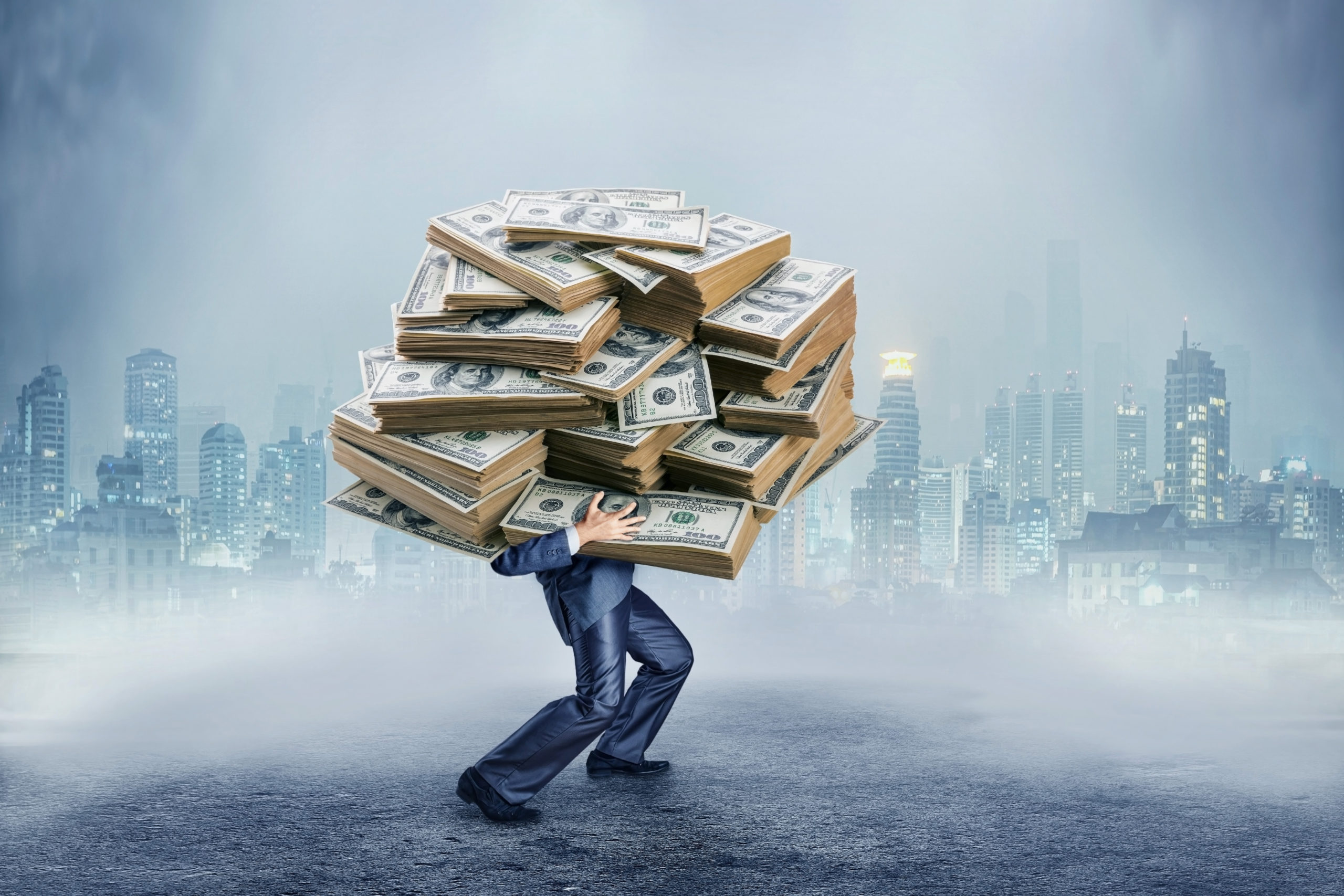 To spur economic growth and ensure the stability of the macroeconomy, central banks around the world have been increasingly lowering their policy interest rates. In Japan and in much of Europe, interest rates are negative, meaning that banks get paid by central banks to borrow money.

In some cases, this has spilled over onto consumers, with some government bonds yielding now negative rates.

America has thus far avoided this. The lower bound of the policy interest rate of the Federal Reserve is 0%; also, the yield of most U.S. Treasury maturities has fallen under 1%.

But according to an analysis by a Wall Street veteran and a long-time Bitcoin bull, yields could soon fall under 0%. And that could be big for the cryptocurrency market.

The former head of hedge fund sales at Goldman Sachs, Raoul Pal, shared the chart below on July 10th.

It shows that the yield of the 10-year Treasuries is still on track to fall under 0% in the coming months and years. The chart depicts the bond’s yield in a macro decline, falling in a predictive descending channel since the 1980s. 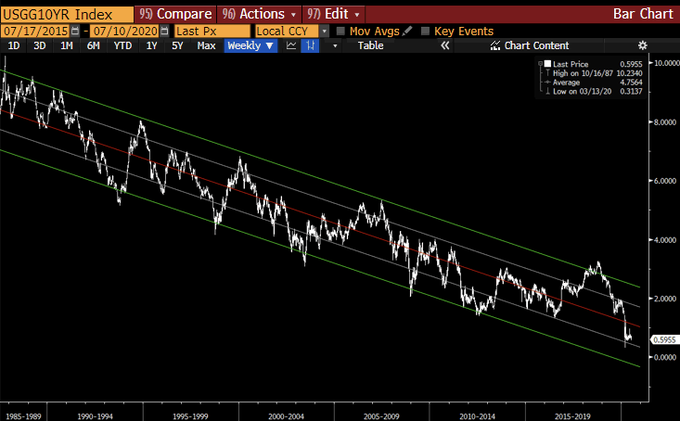 Chart of the yield of 10-year U.S. Treasuries over the past three decades from Raoul Pal

If yields go negative, that will be the first time in U.S. history that the yield of a high-maturity Treasury has gone below zero.

Big for the Bitcoin Bull Case

Analysts say that this happening will be extremely bullish for Bitcoin.

Commenting on the trillions of dollars worth of already-existing negative yield bonds around the world, Gemini’s Cameron Winklevoss said:

“$17 trillion dollars are currently held in negative interest bonds. 17 trillion reasons why you should own bitcoin.”

$17 trillion dollars are currently held in negative interest bonds. 17 trillion reasons why you should own bitcoin.

This was echoed by Jimmy Song, a prominent Bitcoin developer and educator.

He said that in a world where negative interest rates are prevalent, equality will rapidly decrease. Song cited the Cantillion Effect, a concept common amongst libertarian economists/investors, that says money printing causes dramatic inequality.

To him, Bitcoin is a logical solution because it is relatively scarce compared to fiat money, thus mitigating the ramifications of the Cantillion Effect.

Prominent Wall Street investor Paul Tudor Jones, worth over $5 billion, has touched on this as well.

Per previous reports from Bitcoinist, the macro investor said that Bitcoin is the “fastest horse in the race” in a world with extremely easy monetary policy.

“I am not an advocate of Bitcoin ownership in isolation, but do recognize its potential in a period when we have the most unorthodox economic policies in modern history.”

Jones added in later interviews that he’s so convinced of this narrative that he has put 1-2% of his personal wealth into BTC.