This past week saw a lot of hot news stories coming from the Bitcoin community and the organizations powering the growth of the ecosystem. Bitcoin Classic appeared in the news a few times throughout the week, reminding us that the block size debate is far from over. In terms of price, not much happened at the macro level. Hardly any change took place between the open and close of the week, with the price falling less than one percent in total. However, the day-to-day activity certainly gave traders a lot to be excited about, with a lot of big declines and welcome gains.

Also read: Tendermint Thinks it Will Be Better Than Bitcoin 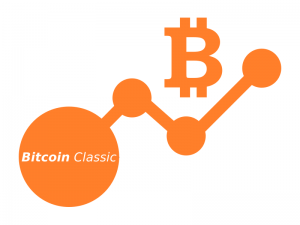 Our week began on Monday, February 22, 2015 with the bitcoin price at $437.07, holding on to the gains made in the previous week. Monday saw fairly calm market activity, the price hovering in the mid-to-high $430s. Bitcoin peaked at $440 in the evening, but quickly returned to that $430s range that characterized the day’s activity.

In the news, we reported on Multipool.us launching a Bitcoin Classic mining pool. Multipool.us dedicated on petahash of mining power to the Classic pool, which represents a large amount of mining support for Bitcoin Core’s newest competitor.

Meanwhile, on Bitcoinist, we reported about the new release of Bitcoin Core version 0.12.0 and its new improvements. Additionally, we reported on a development from the Free Ross campaign. FreeRoss.org released a rare home video of Ross Ulbricht. The Free Ross campaign is ran by Ulbricht’s mother, who is fighting to help her son get an appeal for what they believe was an unfair sentencing for his involvement with Silk Road.

The 24th started out on a negative note, the price plunging from $419 to the low $410s in the opening hour of the day. Throughout the rest of the day, though, the markets staged a modest recovery from this dive, rising back into the mid $420s. Towards the end of the day, the price took a small dip, falling to the low $420s to close out the day.

Bitcoin mining pool F2Pool threatened to withdraw consensus support from the February 21 roundtable due to allegations regarding Adam Back’s self-designation as an “individual” rather than the CEO of BlockStream when announcing his support for consensus.

February 25 opened with the price at $419.22, almost no change over the start of the previous day. The markets stayed quiet during the 25th, staying well within the low $420s range.

In the news, we reported on newly-surfaced court documents suggesting that the United States Federal Bureau of Investigation and Carnegie Mellon University colluded to attack the TOR network. In November 2015, the Tor Project accused the FBI of paying $1 million USD to the university in exchange for its help in revealing users on the TOR network. These court documents at least partially confirmed these claims, reporting that the FBI did in fact use the university’s academic resources to aid in the takedown of the Silk Road 2.0 marketplace.

E-Coin announced a major rebranding, changing its name to Wirex and adding new services to its platform. These services, including a new mobile app and two-way bitcoin debit cards, are aimed at “bridging the gap between blockchain technology and traditional finance.”

Friday the 26th kicked off with the bitcoin price at $420.32, a little more than a dollar above the opening price on Thursday. The first half of the day saw extremely flat trading activity, with the price refusing to budge above or below $424. However, the price jumped upwards heading into the evening hours, reaching a peak of $435 at 7 PM. This explosion in buying leveled out, as the day came to a close, bringing the price down to the low $430s. 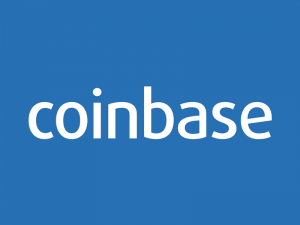 Also on the 26th, popular wallet-exchange hybrid Coinbase published a blog post telling the public that it is “not a wallet.” Responding to criticism regarding the company’s privacy policies and exchange-hosted wallets in general, Coinbase explained that it is not meant to be a place to store large amounts of bitcoins. Instead, the company’s goal is to bridge the gap between the legacy financial system and the bitcoin economy, and then later evolving into a “retail exchange” as Bitcoin becomes more prominent in the mainstream.

February 27 started out at $431.46, a significant gain over the start of the previous day. Coming off the high of Friday’s rally, the markets stayed very calm for most of the day, with very little fluctuation in the bitcoin price. The fell into the mid $420s at 7 PM, though, where it would stay for the remainder of the night.

Sunday, February 28 began with the bitcoin price at $424.81, remaining in the mid $420s range following the late-day fall on Saturday. After minimal activity during the early morning hours, the markets picked up at 9 AM and the price began moving upwards. Bitcoin returned to the mid $430s and then plateaued at midday, staying in that range until the evening hours. The price began moving upwards again, climbing to $437. The day closed at $436.65, making for a very small decline of 0.10% for the entire week.

What do you think will happen in the Bitcoin world in the coming week? Let us know in the comments below!