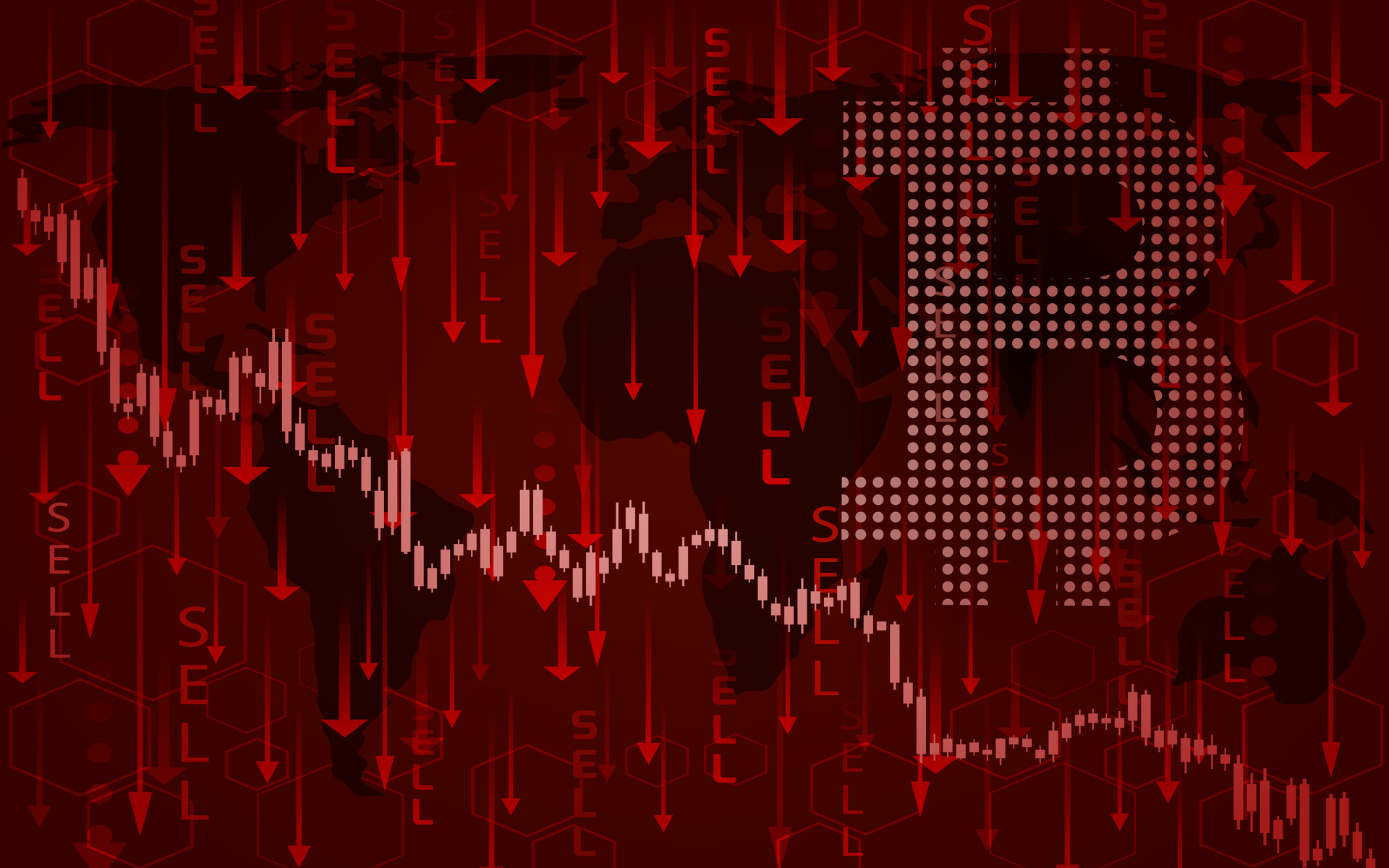 What Has Caused The Biggest Bitcoin Dump of The Year?

by Martin Young
in Bitcoin Price
1

Crypto markets have just hemorrhaged $20 billion in their largest selloff of 2020. Bitcoin plunged almost a thousand dollars in a couple of hours but what has caused it?

Just when crypto markets started to look bullish again with total capitalization approaching $300 billion a huge selloff occurred in a matter of hours. Around $20 billion exited the space in the year’s largest single day dump dropping total cap back below $280 billion.

From an intraday high of $10,300, bitcoin dumped to a low of $9,300 shedding a thousand dollars in a couple of hours. Since then prices have moved up marginally to settle around the $9,600 level but further losses look likely.

Analysts warned yesterday that unless BTC makes a new higher high above the 2020 top of $10,500, the correction is likely to resume.

That scenario played out in late trading on Wednesday when one huge red hourly candle smashed prices down almost $900. From here the asset is likely to return to the $9,300 level where there is support.

Analysts and traders are noting the swing failure pattern and the long wick below the previous lows indicating that there could be liquidity in this area.

This is my thinking. I shared the SFP on the 17th, the wick below the previous swing low. We now have 2 more 4 hour candles with wicks below that line. That indicates there's liquidity in that area. It could be fully tapped now, hence the lower orders in case. $BTC pic.twitter.com/uMhFbrq5Fs

Speaking of liquidity, Datamish charts are reporting that over $150 million in longs were liquidated on BitMEX which caused the cascade of sell orders to be executed.

Failure to hold the $9,300 zone will see the asset fall into the high $8k area where there is further support. If this also fails to hold then BTC could be back at $8,200 pretty quickly which would result in a 20% correction.

CNBC’s ‘Fast Show’ has recently called bitcoin ‘red hot’ stating that it continues to climb higher which has historically been a counter trade indicator.

Bitcoin up more than 30% this year and Morgan Creek Capital's @MarkYusko says this is why the red hot rally is just getting started $BTC pic.twitter.com/L6a9nrEWt7

When asked why it was down at the moment Morgan Creek Capital’s Mark Yusko said it didn’t really matter because it has been in similar situations before. His advice has always been ‘buy it and stack sats’ and that still applies today despite the plunge.

Markets always correct after any sustained period of upward momentum so this is nothing to be concerned about. Even a move back to $8k would be normal for the asset but any lower may start ringing alarm bells.

With stronger network fundamentals, weakening global economies, and an approaching halving, it will not be long before bitcoin is marching back upwards again.

Where will the bitcoin correction stop? Add your price predictions below.