This move has some WhatsApp customers feeling betrayed as it seems to directly contradict previous statements made by the company. It is also the first time the firm has chang 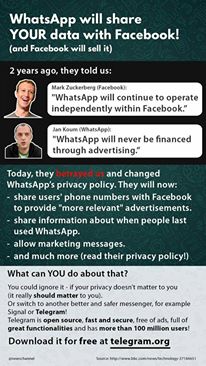 Regarding the data sharing, WhatsApp said that it will ultimately benefit its users by helping to stop spam and other abuses. Additionally, it would also offer people  “better friend suggestions and more relevant ads.”

Also, Facebook will use the data to match people who have exchanged phone numbers on WhatsApp, but have not added each other as “friends” on the social networking platform.

However, when pressed, Facebook was unwilling to give out a more complete list of what it would be sharing in addition to the previously listed information. Although it did provide one more example by saying that it would share user’s’ mobile country code, for the most part, the firm remained silent.

While most of this information may seem harmless, it does give Facebook an ability to infer more personal details about people’s lives. For example, the type of operating system and screen resolution can help Facebook determine exactly what type of phone people have. This information then could be used to figure out certain preferences and even the income of users.

What may be most significant about this news is how it directly contradicts statements made by both Facebook CEO Mark Zuckerberg and WhatsApp CEO Jan Koum.

What do you think about WhatsApp sharing user information with Facebook? Let us know in the comments below!