It’s about time Netflix’s true crime unit turned its eye to cryptocurrencies. In the tradition of “The Tinder Swindler,” “Crime Scene: The Vanishing at the Cecil Hotel,” and “Abducted in Plain Sight,” a new documentary will have people talking soon. This time, Netflix will tell the story of QuadrigaCX, a cryptocurrency exchange with something to hide. Did Gerry Cotton fake his own death or did his wife poison him? And more important still, are the coins locked forever?

But, let’s not get ahead of ourselves. “Bad Sport’s” Luke Sewell directed “Trust No One: The Hunt for the Crypto King.” Let’s quote the trailer’s YouTube description box:

“There’s only one rule in the world of crypto and bitcoin, trust no one. $250 million of bitcoin randomly disappears from QuadrigaCX, once Canada’s largest crypto exchange, and the only person who can get it back mysteriously dies. Greed is a matter of life and death in this true crime documentary about the rise and fall of QuadrigaCX, the mysterious death of its founder Gerry Cotton, and the victims left behind to pick up the pieces.”

This is the trailer:

What Does Netflix Know About QuadrigaCX?

SPOILER ALERT: Everything the following text covers might ruin your enjoyment of “Trust No One: The Hunt for the Crypto King.” Read it at your own peril.

Since QuadrigaCX is a Canadian company, we went to the Ontario Security Commission’s review of the case. The executive summary alone reveals a lot of what the documentary is about, and its similarities with the Mt. Gox case.

“The downfall of crypto asset trading platform QuadrigaCX (Quadriga) resulted from a fraud committed by Quadriga’s co-founder and CEO Gerald Cotten (Cotten). Clients entrusted their assets to Quadriga, which provided false assurances that those assets would be safeguarded. In reality, Cotten spent, traded and used those assets at will. Operating without any proper system of oversight or internal controls, Cotten was able to misuse client assets for years, unchecked and undetected, ultimately bringing down the entire platform.”

Not to victim-blame, but this whole thing happened because QuadrigaCX’s users trusted a third party. They gave custody to an entity that had all the permissions and none of the responsibilities. And, who could blame them? QuadrigaCX was certified by Canada’s anti-money-laundering authority, the company had a FinTRAC money-services business license.

Back to the OSC report:

“Quadriga clients could not have known what Cotten was doing. Under the Quadriga business model, clients entrusted their money and crypto assets to Quadriga. Quadriga provided no meaningful insight into how those assets were being stored, moved and spent. To the contrary, Quadriga provided false assurances about asset storage.”

And when Gerry Cotton died taking the private keys for the whole operation with him, all hell broke loose. 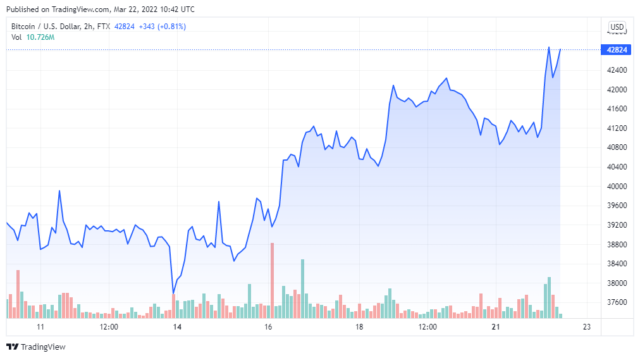 What Do We Know About Gerry Cotton?

This can also spoil your enjoyment of Netflix’s documentary, but, this is the Vanity Fair article that inspired it. In it, we find out who searches for Gerry Cotton. The Internet does. In the tradition of “Don’t F**k with Cats: Hunting an Internet Killer,” the article informs us about what happens in episode two of “Trust No One.”

“The most effective and thorough investigation to date, however, has been conducted by anonymous accounts posting on Twitter, Reddit, Pastebin, and Telegram. Their findings, though baroquely technical, could be distilled to a two-word conclusion:

Related Reading | Paying Netflix With Bitcoin? Here Is How It Could Happen

The mainstream publication doesn’t let the opportunity to bash bitcoin go to waste. While discussing the legendary Pizza Day, Vanity Fair claims, “With that, Bitcoin became like any other form of currency, a mass delusion: Its value derived from the belief that it had value.” Yeah, sure. Have fun staying poor, Vanity Fair.

And, to the rest of you, have fun discovering the rest of the story by watching Netflix’s “The Crypto Swindl… we mean, “Trust No One: The Hunt for the Crypto King.”