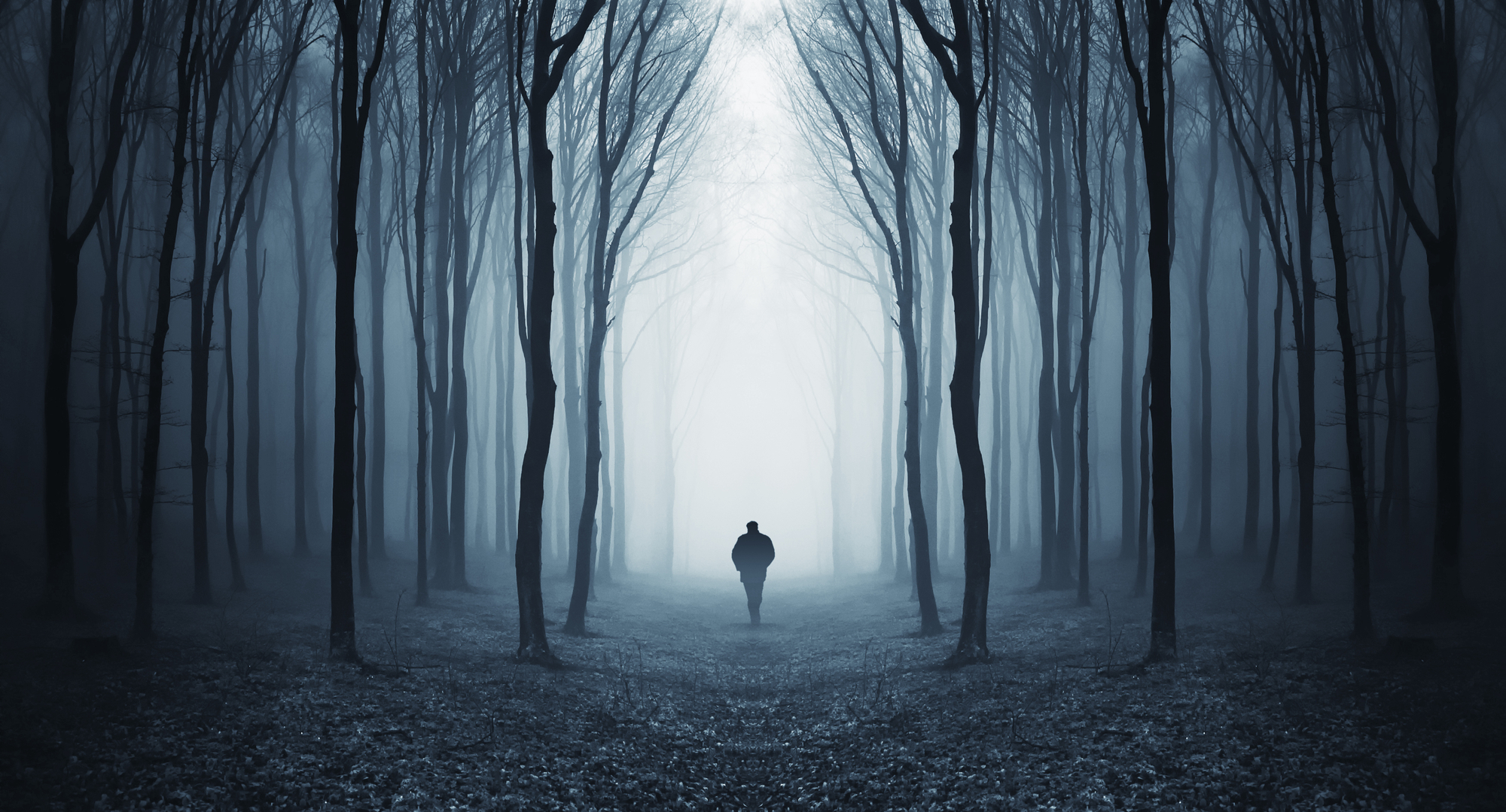 XRP Could Drop Towards $0.25 As Price Action Loses Momentum

XRP is preparing to move lower in the days ahead as the asset fails to hold above a critical downtrend formed at the August 2nd highs, according to one trader. Referencing the chart below, which shows XRP’s rejection at the downtrend and the asset’s inability to hold technical supports, the trader wrote: 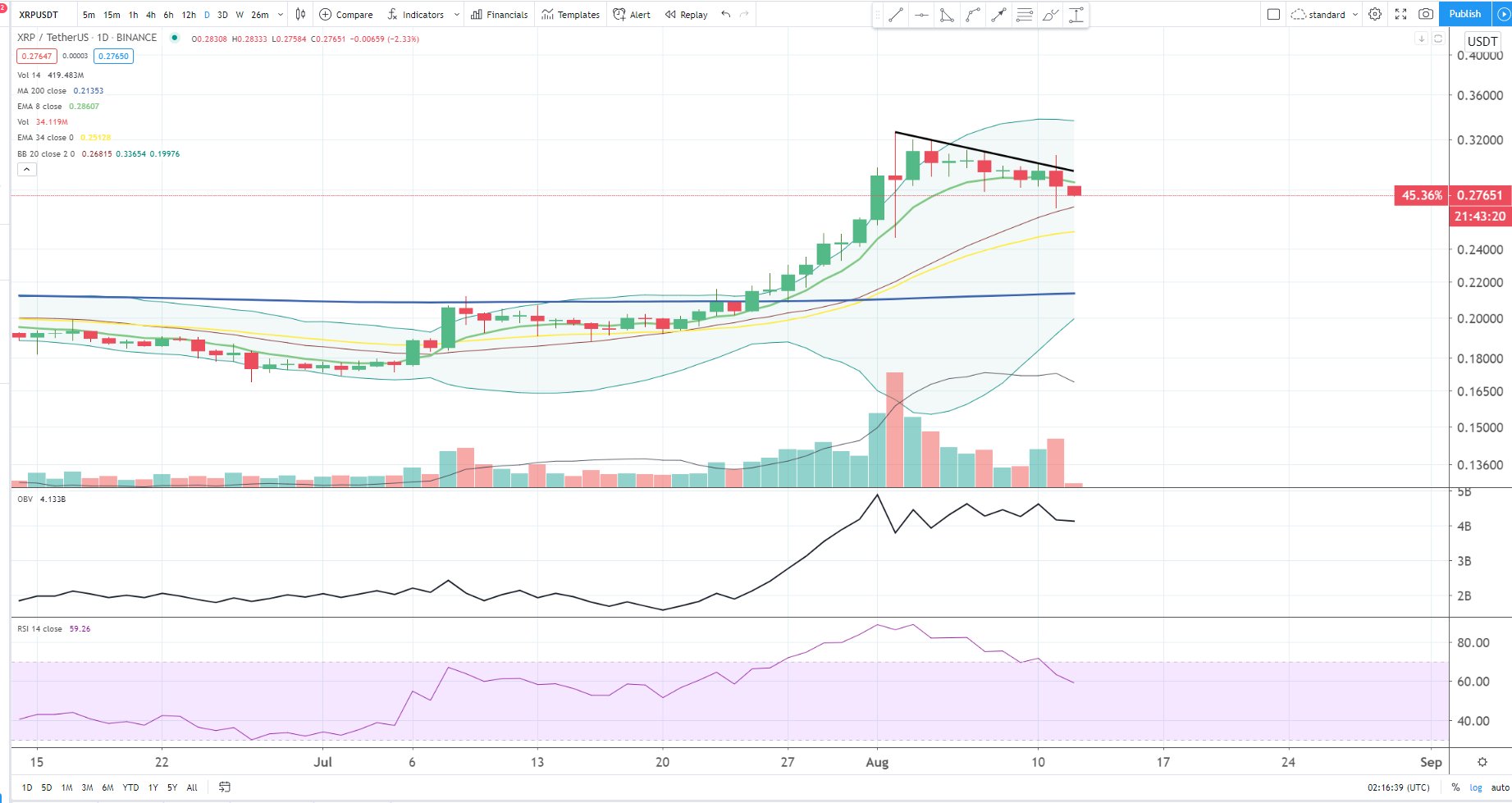 The cryptocurrency falling to $0.25 from current levels will see it incur a loss of approximately 10%.

This isn’t the only trader expecting XRP to correct further as it fails to retake critical technical levels. Michael Van De Poppe, a cryptocurrency analyst who trades at the Amsterdam Stock Exchange, recently wrote: 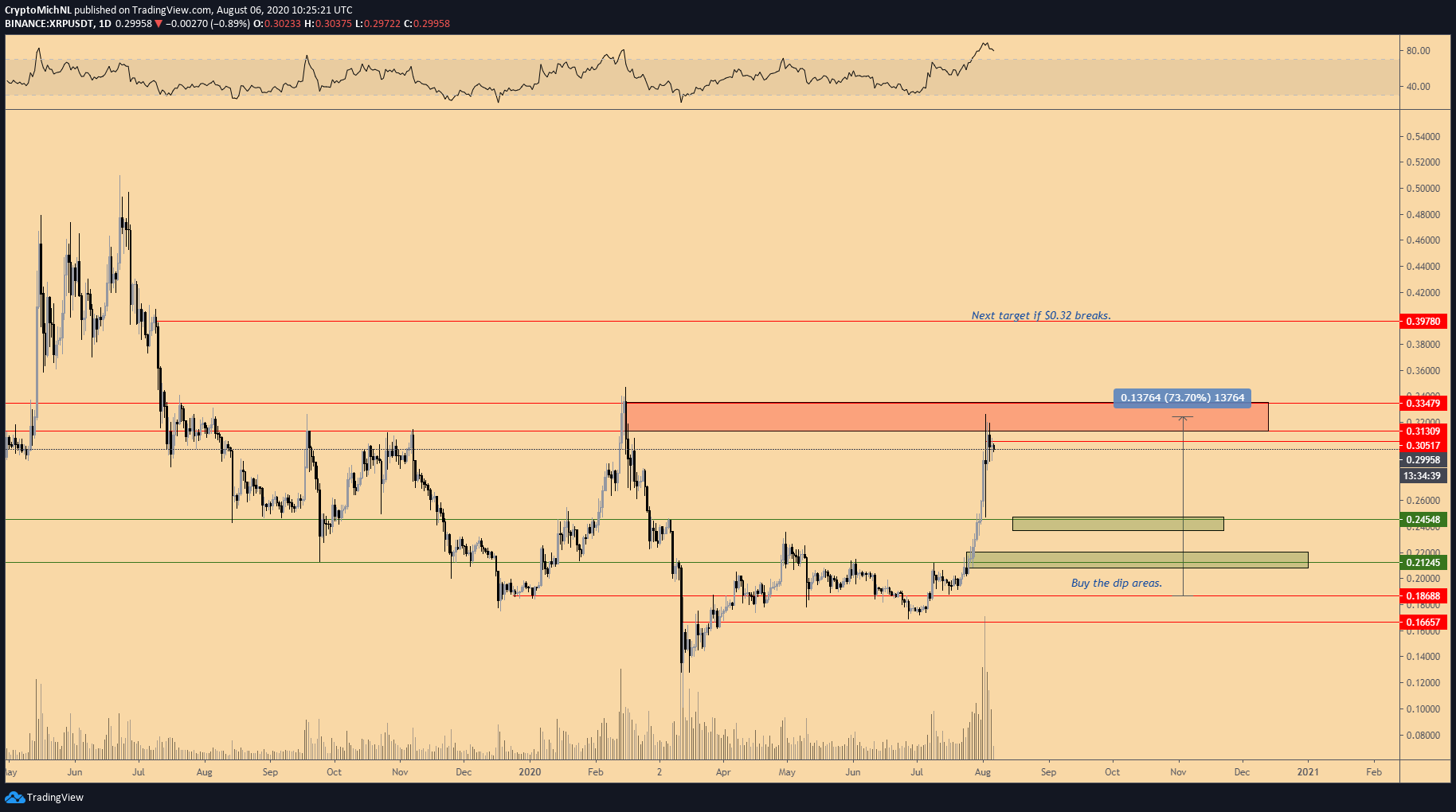 At the end of the day, XRP’s price action may be dictated by that of Bitcoin. Altcoins, after all, can be closely correlated to the market leader.

Analysts are actually leaning bullish on Bitcoin as it once again fails to enter a full-blown downtrend due to a last-minute effort from buyers. One trader made the following comment as Bitcoin bounced on Wednesday morning:

“Took out the highs then took out the lows into demand, all within the range of the candle that started the month with a HTF retest. Above the pivotal zone and swing high at $11550 and we should have another crack at breaking $12k.”

How exactly XRP reacts to Bitcoin’s price action, though, remains to be seen.