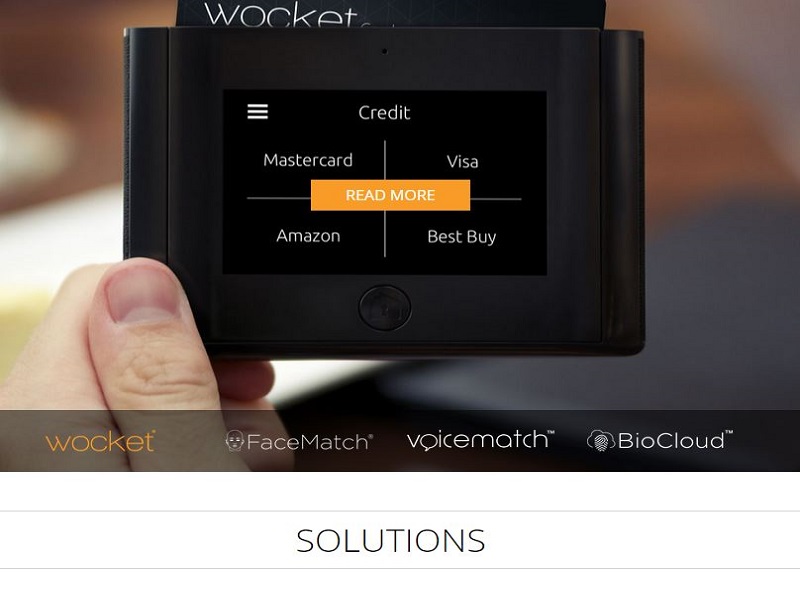 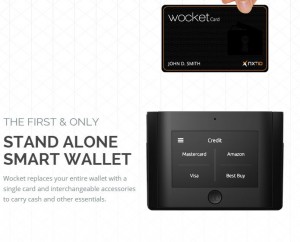 Wocket aims to protect users’ private information inside an electronic vault while reducing the number of cards in the users’ wallets. Furthermore, it may even be possible for Wocket to support a Bitcoin wallet.

Many products on the market rely on a smartphone app and internet connection. Wocket works by itself, no matter the situation. Wocket can even communicate with users’ phones or tablets using the Wocket app as a way to manage their accounts and update Wocket’s firmware.

Wocket was designed with the ability to accessorize in mind. When you need to carry cash, you can slip one of the cash-holding accessories onto your Wocket. Wocket is the first smart wallet to support cash and other information, such as insurance cards or voter’s registration cards. 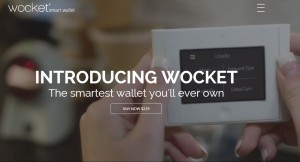 Wocket claims that its use of biometric and other patent-pending technologies makes its product the smartest wallet on the market. Your Wocket is biometrically locked to you and you alone. The smart wallet protects whatever information you store in on a tamper-proof, encrypted chip protected by one of 3 biometric recognition features:

voice match, face match and Biocloud (fingerprint). The company believes the users should have full control over their information, so Wocket will not upload the user card data to a server, or store it on an insecure device such as your smartphone. NXT-ID Inc., the manufacturer, applies biometric technologies to ensure corporate security is consistently applied and maintained across a variety of mobile devices.

Wocket was designed to be user-friendly and is pretty simple to use. Users can swipe all their favorite cards directly into Wocket using the included card reader. Barcodes and text, which can be found on things like loyalty and membership cards, can be entered manually into Wocket as well.

When making a purchase, users simply need to select their card via the touchscreen, remove the Wocket Card from the wallet and swipe it like a normal card. The Wocket Card will have your name and signature on it to verify your identity. If a merchant requires any specific card information, it can be displayed on the screen of the Wocket. 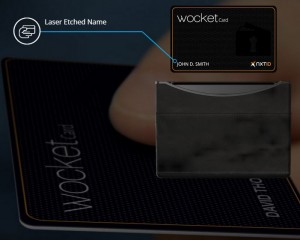 Users will also be able to store all of their driver’s license information by swiping it into Wocket. However, the wallet will not display driver’s license photo. Wocket encourages users to carry their physical ID or license in the included card holder on the back of the wallet.

Wocket is already available for purchase now through the online store. The smart wallet costs around $229. Wocket’s size varies with accessories, but caters to the minimalist and the power user. The company stated that additional accessories will be announced and available later this year.

The company accepts Bitcoin as payment, making us wonder if Wocket software would be capable of hosting a Bitcoin wallet To know more about this, we tried to contact NXT-ID, but received no response as of press time.

Should Wocket support Bitcoin wallets? Let us know in the comments below!