XRP’s price has largely been stagnant throughout the past year, struggling to match the momentum seen by both Bitcoin and Ethereum.

This has whittled away at its investor bases’ sentiment, while also damaging its technical structure.

Despite this, the cryptocurrency was able to make a strong push higher over the past few days that led its price from lows of $0.23 to highs of $0.35.

This rally may not be as positive as it seems, however, as one analyst is noting that it may simply be a bearish retest that is followed by further downside.

XRP Posts Breakout Rally as Bulls Try to Hold It Above $0.30

Yesterday, bulls propelled the cryptocurrency as high as $0.35 before it lost its momentum and declined slightly.

From this point, the cryptocurrency fell to lows of $0.27 before buyers stepped up and “bought the dip.”

XRP has since been consolidating around its current price levels, which comes as Bitcoin also hovers within the lower-$11,000 region.

One analyst explained in a recent tweet that despite the strength of this uptrend, the token has yet to retest its 100-day and 200-day moving averages yet.

He notes that this may be required before it can push higher.

“Great surge here. However, preferably a retest of the 100-Day and 200-Day MA is required for continuation here.” 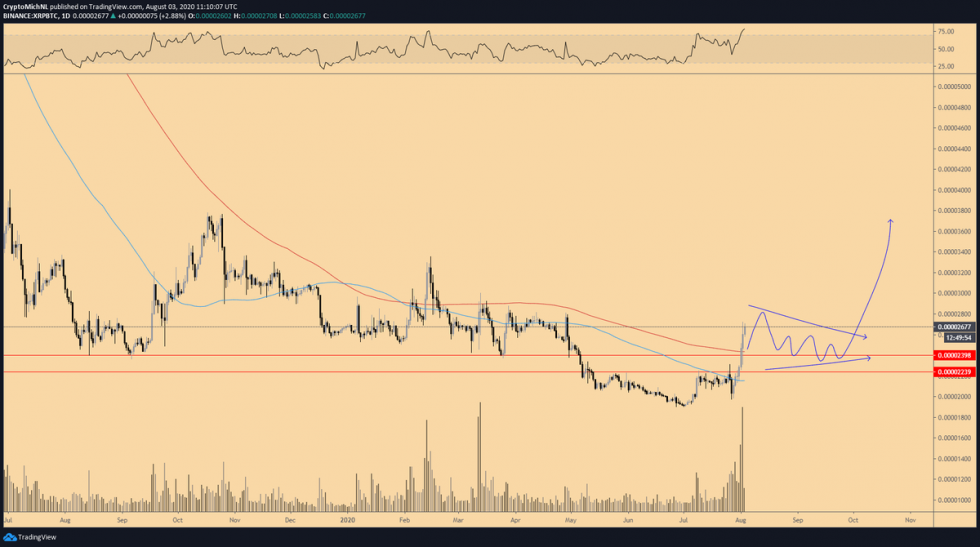 Despite its overt strength at the present moment, analysts are saying that XRP could be simply posting a bearish retest.

One trader noted that it is currently at the top of a historical trading range, and it may see one final capitulatory downturn before it can push higher.

“Ripple / XRP – Until proven otherwise, this is a bearish retest on the XRP/BTC chart of a range that we previously broke down from. I am going with the assumption that XRP has one final capitulation lower before it really outshines Bitcoin.” 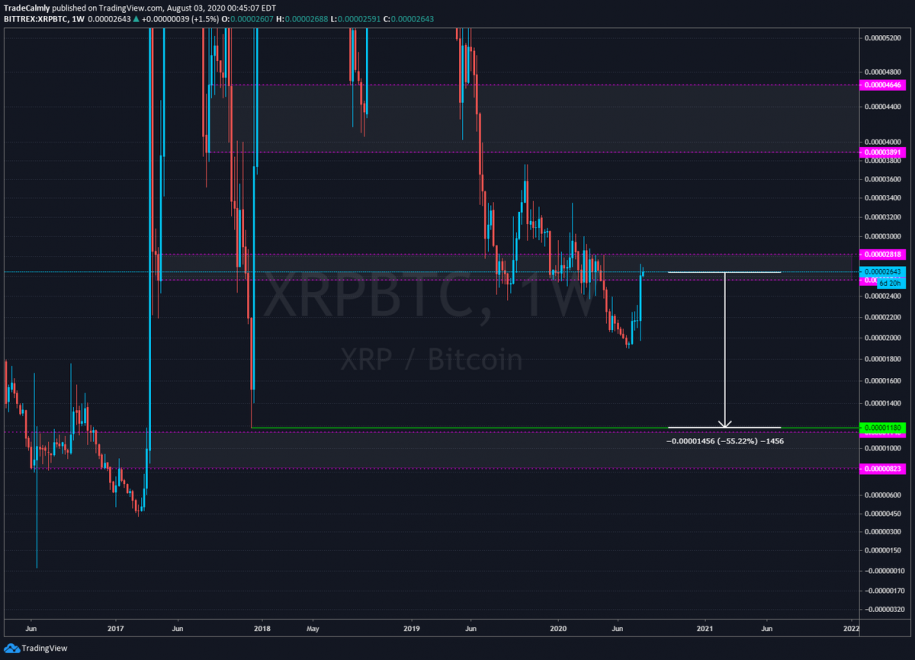 How it trends in the coming few days should provide insight into the validity of this notion.