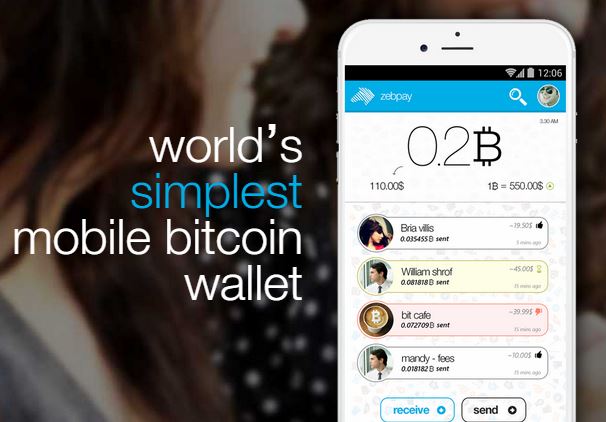 While back ago the one of the simplest and user Friendly bitcoin wallets for Android from Zebpay was introduced to the world. The owners already had some previous experience by having operated first ever India’s bitcoin exchange and tried to introduce something new to the bitcoin community around the globe.

The Android software is built upon a clean mobile android client that uses the mobile phone and turns it into a Bitcoin wallet. The wallet offers secure authentication and offline vault storage.

Enhancing security, offering user privacy while complying with legal and regulatory compliance was one of the main principles of the developers and today the product is already being used worldwide.

Recently, the Zebpay Founders did a presentation at the CoinAgenda summit and were considered as the Top Startup amongst many others attending the summit. 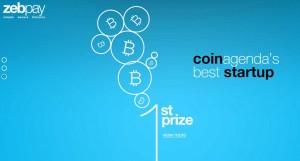 To get a greater understanding about Zebpay, this week we bring a Q&A with one of the project’s Co-Founders, Saurabh Agrawal:

What made you come up with this project? What were the deciding factors that led you to develop Zebpay?

We were running India’s first bitcoin exchange in 2013. Being involved with bitcoins since its early days, we have always found it a challenge to get bitcoins in the hands of non tech savvy friends and family.

Being believers in bitcoins, we decided our mission is to bring bitcoins to everyone for everyday use. With this purpose in mind, we started working on Zebpay to make it the simplest way to buy, store and spend bitcoins.

Can you tell us a little bit about yourself and the team behind Zebpay?

Zebpay is part of Zeb Ventures Pte Ltd, registered in Singapore in August 2014. The operation and development office is located in Ahmedabad, India. 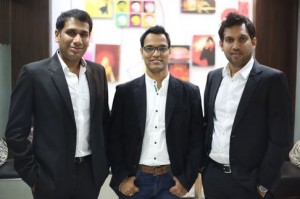 The company is founded by Mahin Gupta, founder of India’s first Bitcoin exchange,Sandeep Goenka, Director of a company with exports to Fortune 100 companies and who is also a member of Indian Angel Network, India’s largest angel network. And

Sandeep Goenka, Director of a company with exports to Fortune 100 companies and who is also a member of Indian Angel Network, India’s largest angel network. And

What has been the impact of your project throughout your country? Did you have the local community support?

We have just started our marketing activity in India. From our experience, people who are not aware of bitcoins have a negative connotation based on their impressions from the local media which always connects bitcoins to illegal activities. However, after just sometime, we are able to convince them of the potential of bitcoins and easily convert them to enthusiastic bitcoiners.

What can you tell us about the crypto environment in India?

You claim that the Zebpay wallet is absolutely secure; we would like to hear about it and to understand how it works!

We would first like to say that in the one year that we were running India’s bitcoin exchange, we were never hacked. So we do understand security and take it seriously.

We look at security from multiple angles. Most important but least discussed is the security related to your team. Our senior developers are a close knit group who have been associated with us in bitcoin projects since the beginning.

All bitcoin deposits are done directly in our cold wallet. All user withdrawal requests are managed via hot wallet with limited bitcoins and is hosted with a reputed bitcoin company. Irrespective, we are planning to move to a multi sig wallet soon.

You also claim to have developed the simplest bitcoin wallet in the ecosystem, which is able to send and receive bitcoin just by using a telephone number. Can you enlighten us about this technology?

We want people who can use popular instant messaging apps to be able to use Zebpay. For daily bitcoin transactions which are typically small in value, we want users to avoid the complexities associated with bitcoin addresses, network fee, and confirmation times and so on.

A user’s account is tied to his or her mobile number. We associate a receiving bitcoin address to every account. We allow savvy users to create additional bitcoin addresses from the app.

Again savvy users can send bitcoins to any bitcoin address just like other regular bitcoin wallets.

How do you see your project in one year from now?

We have a target of 100,000 Zebpay users. We will also work hard so that news of first merchants accepting bitcoins starts trickling out of the country.

What are your expectations for the cryptocurrency Industry for 2015?

Besides the bitcoin price, 2014 crossed all our expectations for the bitcoin industry. We believe that bitcoin will see another price boom this year. We also believe that all trends of adoption will continue to increase at a higher rate.

The mobile industry within the cryptocurrency sphere is currently a growing market filled with business opportunities just waiting to be explored. Zebpay Founders saw the gap and rapidly jumped onto the daring challenge of being leaders in the cryptocurrency ecosystem.

Zebpay already counts a considerable number of users across many borders and is increasingly being adopted by the bitcoin community. A Zebpay aim is to be as easy to use and as popular as sending a message through the phone so it will also serve as a great tool for bitcoin Popularization.

Have you ever used Zebpay mobile wallet? Tell us about your experiences with the wallet on the comments bellow!