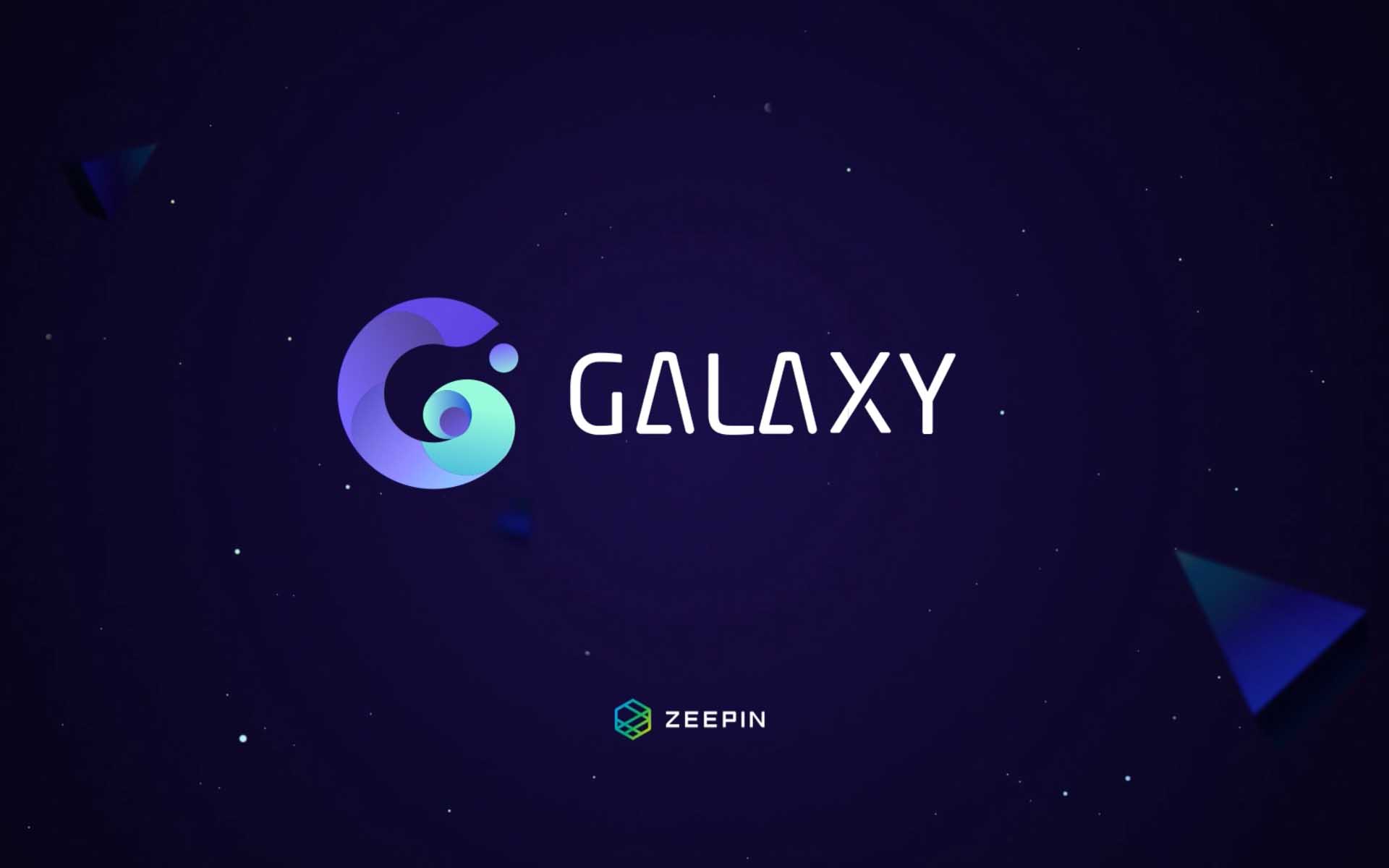 CryptoGalaxy is set to become the world’s first ever virtual universe powered by blockchain technology, available as a fun mobile game for both iOS and Android.

CryptoGalaxy is a virtual universe powered by blockchain technology, which acts as a decentralized entertainment application running under the Zeepin ecosystem — soon to be available on both iOS and Android.

In the CryptoGalaxy, users are able to purchase planets and name them as they see fit. Each planet features a unique set of attributes and characteristics, which are continually growing as the universe expands. Once the game launches, each player will be able to explore and discover his or her own planet, which houses a mysterious crystal for them to discover and can be converted into GALA tokens for profit.

Each planet effectively acts as a user’s digital asset, meaning individuals are in complete ownership of their planet on the blockchain. Users are also able to make transactions, explore, and go on adventures as they embark on their blockchain-powered journey.

The developers also promise real-time 3D rendering and top-of-the-line graphics, while artificial intelligence-based technology will make every planet unique in terms of color, physiognomy and other attributes. 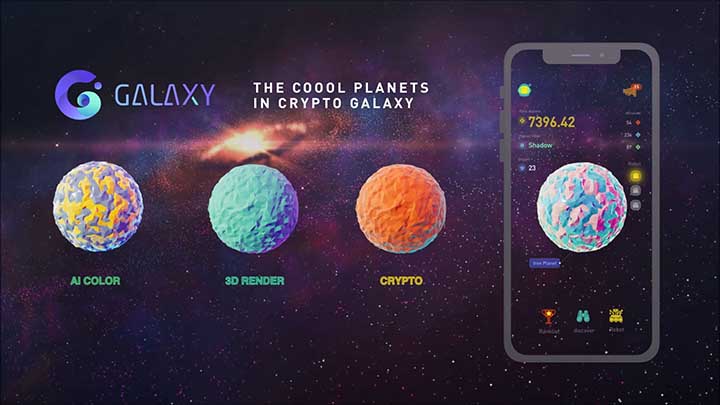 An Economy Based on GALA

GALA tokens have been developed to serve the entire CryptoGalaxy universe as a utility token, which will set the price of any asset, tools or planets available for purchase in the game.

In order to earn GALA tokens in the game, users can exploit the following

GALA can be applied and used in many different scenarios, such as creating a game ecosystem, voting in the community and planet trading. Community contributions will be valued and rewarded accordingly. 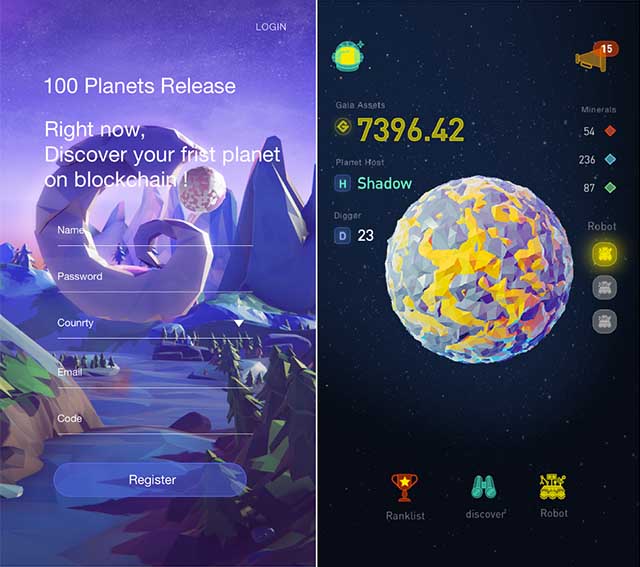 One way players can turn CryptoGalaxy into a profitable venture is to mine their planets for mythical crystals which may be converted into GALA tokens — the currency which drives the whole blockchain-based universe. Players can mine their in-game planet with the GalaBot Interstellar Mining Machine, which can be upgraded to increase its power.

Planets can also be bought, sold or traded with other players via the Galaxy store.

In CryptoGalaxy, each player represents his or her own country in a battle to see which country is the best.

Each nation — USA, China, Japan, etc. — will form an alliance and compete with each other for dominance. The nation with the most planets at the end of the month will be the winner.

CryptoGalaxy is set to begin its beta test for qualified users on April 9 and will run through April 16. For more information on the beta test’s results and the application itself refer to Zeepin’s Twitter account — where all information related to future updates may be found.

The first batch of planets in the CryptoGalaxy will be available to users soon, but supplies are limited! Only 2000 planets will be released in the first 2 months.

Official presentation with all the details will take place on first ever Zeepin meetup in Seoul on April 23rd.

What do you think about a blockchain-based virtual galaxy? Let us know in the comments below!