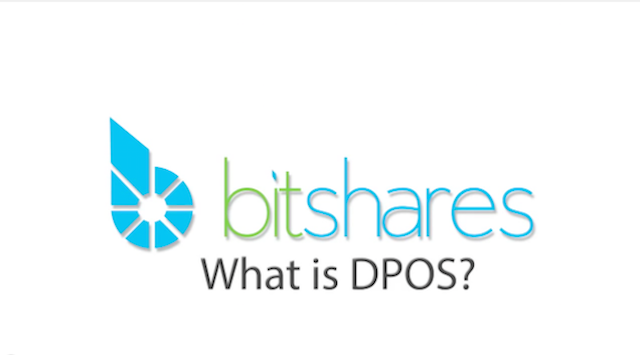 Delegated proof of Stake ( or DPOS) is a consensus mechanism used to secure a blockchain.

Consensus mechanisms like proof-of-work cause trust centralization at the entities driving the mechanism.

In proof-of-work based systems like Bitcoin, trust concentrates at the entities that can produce the greatest amount of work. In the early days of Bitcoin, this concentration of trust was not an issue because anybody could plug in their computer and mine some bitcoin. But, driven by incentives to cash the block reward, people mining entered an arms race and began accumulating more and more hashing power by joining pools and building better hardware.

Today, mining pools GHash and Discus Fish make up 49% of the 270,000 TH/s network hash rate. About 30% of the network hash rate comes from small mining pools like KnCMiner, Slush, and BTC Guild. However, these entities that are burning the energy necessary to compute the proof-of-work are motivated to grow and band together because they stand to benefit from economies of scale. The result is centralization of trust about the few entities that control the hashing power.

According to the BitShares wiki, “DPOS mitigates the potential negative impacts of centralization through the use of delegates.”

Allow trust to centralize at the entities driving the consensus mechanism, but empower the people using the network with the ability to give and take away the trust.

Trusted delegates sign blocks and are voted on by the people through approval voting. Approval voting is a method with only up-votes (no down-votes), and that allows multiple votes per share. A user casts their up-vote when they execute a transaction (see Figure 2.). A total of 101 delegates are elected, and their roles include collecting transactions, producing blocks, and broadcasting them to the network. The delegates are the entities driving the consensus mechanism, and must act in the best interest of the shareholders or risk being voted out.

Learn more about Delegated Proof of Stake on the BithShares Wiki.