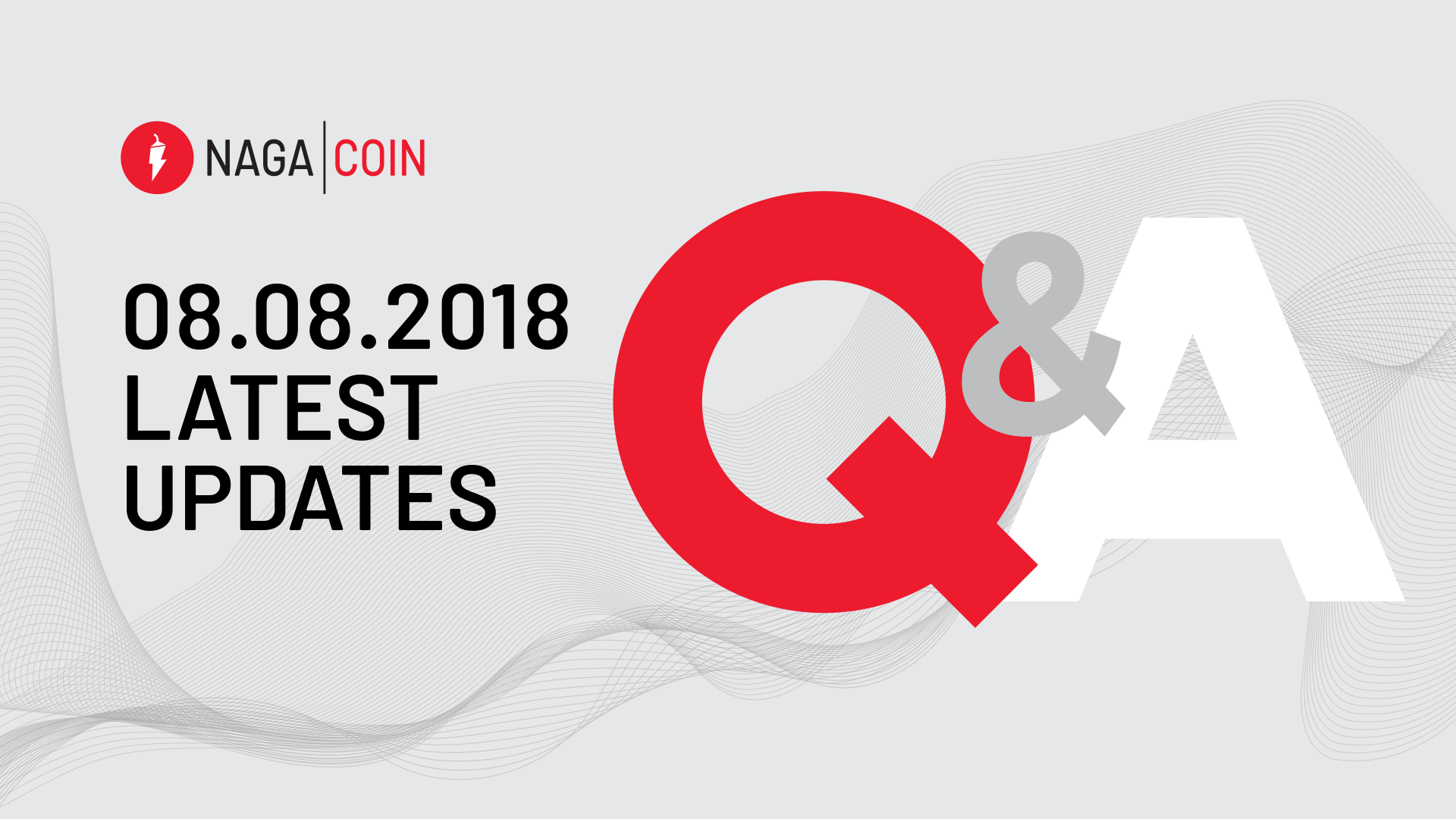 NAGA’s latest Q&A session with founder Benjamin Bilski was full of many exciting updates and announcements. Here are the highlights.

One of the most exciting announcements made was with regard to the launch of NAGA CARD, which will be launched in mid-September of this year.

According to the company:

As everybody likes new things, the updates on NAGA EXCHANGE were also a pretty big deal in this Q&A.

As revealed during the stream, NAGA EXCHANGE will feature a sleek and clean design while giving users the ability to trade real stocks, cryptocurrencies and gaming items. Ben even shared his screen towards the end of the session to show viewers exactly how NAGA EXCHANGE will look like once it goes live.

Fees will be some of the lowest found anywhere in the industry, and users will be able to take advantage of unlimited deposits and withdrawals. Perhaps best of all, crypto-to-crypto users will not need to complete KYC requirements.

Aleksei Agarkov, the main man behind the NAGA WALLET, also joined the live stream to provide a major update — namely, that USDT support is in the testing stage and will likely be incorporated into the wallet by the end of the week.

Additionally, the suspension of credit/debit card purchases is in the process of being resolved, while plans to introduce an iOS version of the WALLET are also underway.

NAGA TRADER is proud to announce that it will introduce a financial instrument that is based on a virtual, in-game item from the popular multiplayer video game, Counter-Strike:GO. This makes NAGA TRADER the first financial trading platform that enables users to trade both cryptocurrencies and in-game items, alongside standard financial products such as stocks or forex. Furthermore, a new reward system will soon be introduced to make sure that NAGA traders receive the best conditions.

What do you think of the announcements and updates from the latest NAGA Q&A session? Let us know in the comments below!