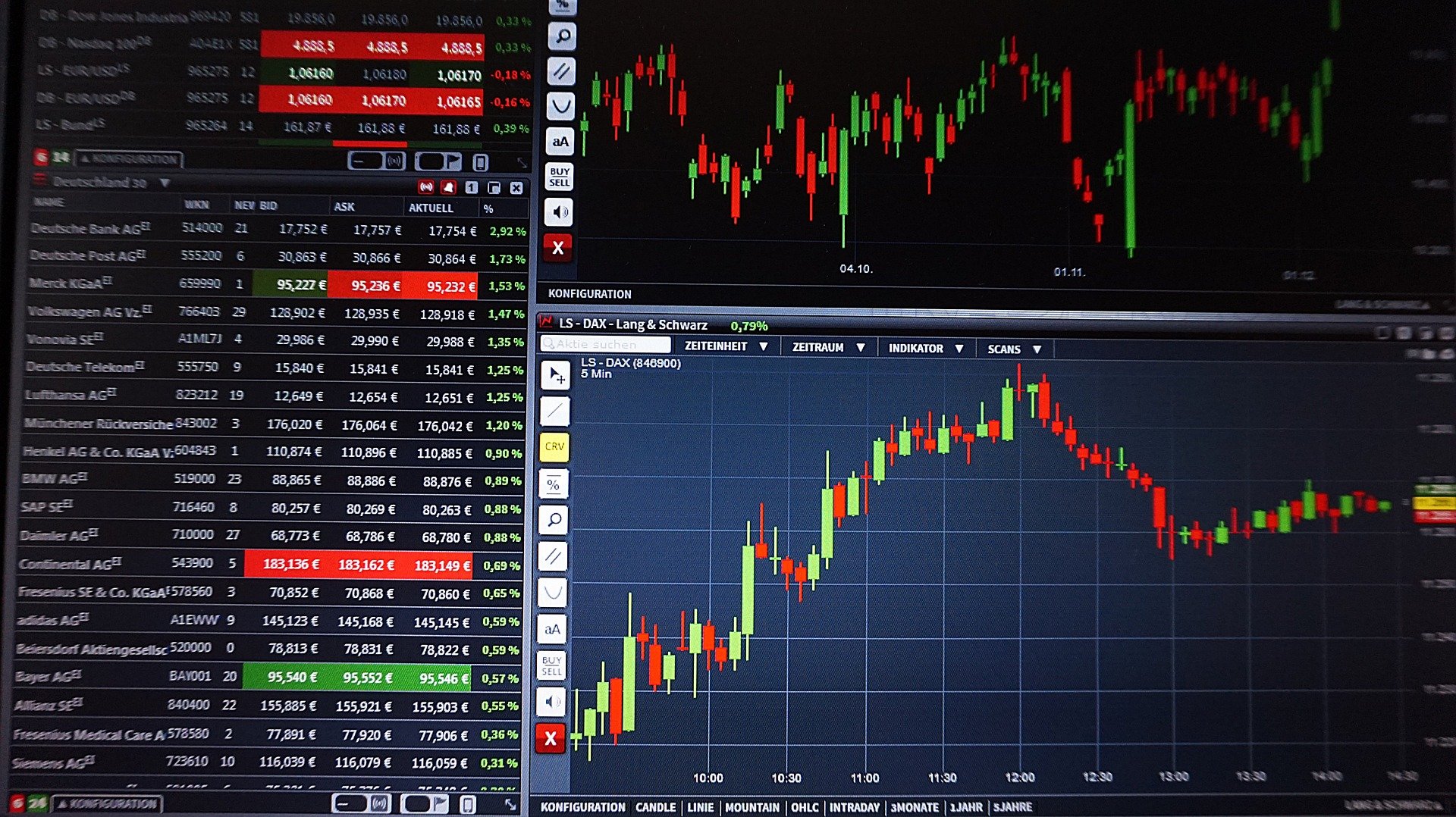 Another Leading DEX Is Choosing the Order Book Mechanism

As the DeFi segment with the clearest application scenarios and the strongest demand, decentralized exchange (DEX) has always been attracting the most attention and embodying the greatest competitiveness as well as the strongest capital effect.

According to the data by The Block, the growth in DEX total volume (only including spot transactions) over the past two years has been conspicuous. Since its low and stable performance in the middle of last year, DEX’s total trading volume has grown rapidly, and the monthly figure peaked at $162.8bn in May. Although it is still lagging behind the centralized exchange (CEX), its market size of hundreds of billions of dollars obviously can not be ignored.

AMM being the star

When it comes to the rise and popularity of DEX, AMM plays a significant role. 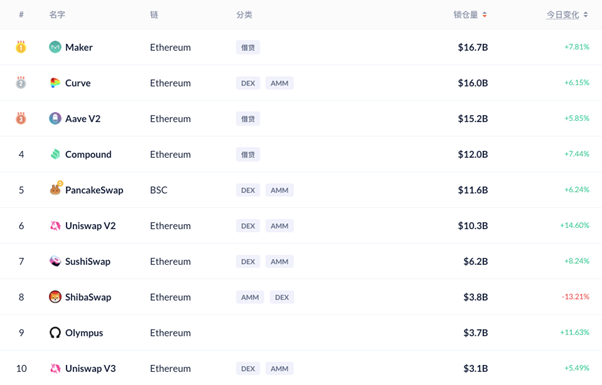 According to Debank, there are as many as 6 AMM DEX projects that sit on top of DeFi TVL rankings, including Uniswap, Curve, SushiSwap, Balancer而是, ect. The collective emergence of a number of AMM DEX has broken CEX’s dominance of cryptocurrency trading market and ushered in an era during which license-free, open, simple and efficient blockchain trading is possible.

Looking back at the current moment, we can see that the explosion of AMM DEX is no coincidence. First of all, the characteristics of AMM DEX (e.g., open source and license-free) meet emerging projects’ demand for open trading platforms and thus is in line with the market trend. Second, AMM DEX’s straightforward approach to market making and trading lowers the barriers for liquidity providers (LPs) and traders, allowing blockchain “natives” to quickly understand and be involved in these new roles. Besides, liquidity mining, a new token mechanism, has opened the channel for ordinary users to receive the project’s early tokens, thereby attracting a steady stream of fresh blood (users & funds) to AMM DEX.

Today, DEX blockchain projects based on the AMM model often combine financial services, such as loan and derivatives and have become an irreplaceable infrastructure in the DeFi system. They support the operation and innovation of applications built on them. It is no exaggeration to say that DeFi would not have been as spectacular as it is today, at least not so quickly, without AMM.

BUT, is AMM really the sole answer to DEX…

AMM has undoubtedly proved to be very successful. But as a brand new mechanism that is only three and a half years old, it also suffers some disadvantages. Previously, Odaily published a brief review of AMM’s shortcomings in terms of user experience that can be boiled down to four aspects: “single function”, “large slippage”, “high cost and long time” and “risks of failure transactions or front running”.

The first flaw is the limited function. The quotation and trading of AMM DEX depend on the real-time status and change of the swap pool. Without the addition of auxiliary services, the vast majority of DEX can only support flash trading. That is, users can only rely on the traditional order book and match-making to finish the order at the market price, rather than engaging in pending orders and trading at an ideal price. AMM thus is not very flexible or convenient for users.

Secondly, the liquidity of AMM DEX completely depends on the target swap pool. When the size of a single transaction is too large for the swap pool, a large slippage loss will often occur. One solution is to break a single transaction into multiple smaller transactions and wait for arbitrage robots to fix prices across multiple exchanges, which obviously would incur additional operating costs.

Besides, as the most suitable trading mechanism for the blockchain environment, AMM completes the entire process from market-making to trading on blockchain. Therefore, the confirmation of all transactions needs to wait for blockchain packaging, which may take quite a long time when there is network congestion. Operations on blockchain also mean high gas costs. For small traders or liquidity providers, in many cases, the trading or market-making profits do not even cover their transaction costs. 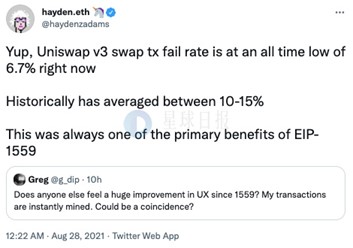 Finally, as users have to wait for their transactions to be packaged, they often face the front-running problem so that miners take part of their benefits, especially when the transaction volume is large. In addition, many users of AMM DEX have probably experienced transaction failure at some points. In late August, Uniswap founder Hayden Adams tweeted that Uniswap’s historical transaction failure rate is as high as 15%.

In order to solve these defects and improve users’ experience, several AMM DEX have made various attempts at various levels. For example, some of them choose to integrate Gelato and other smart contract as triggering tools to enable pending orders, or to adjust the AMM curve to solve the slippage problem, or to deploy on a new layer to solve the problems of high transaction cost and low speed, or to integrate EDEN and other anti-MEV solutions to solve the front-running problem.

While at the same time, other DEXs are looking to test the applicability of order books whose effects have been forcefully proved in DEX and attempt to construct or integrate an order book market. Among them, there is the protagonist of this article – MDEX.

Can the order book make up for the defects of AMM?

According to the official roadmap, MDEX.COM launched an order book feature to further improve the trading experience for users at 20:00 (UTC+8) on October 30, 2021. Users can trade tokens at the desired price through limit order onwards. The success of a particular transaction depends on the pending orders of both the buyer and seller as what CEX is, which can save users from staring at the market.

Order book for DEX is a technical innovation composed of order book and the AMM liquidity pool with full adoption of the users’ suggestion. This will solve the problem that failure of transactions caused by the different order book depth existing in the market, which can bring users a better trading experience.

Although we still need to wait till Saturday before we can really try out MDEX’s new function, trading experiences in CES seems to suggest that all the above-mentioned flaws plaguing DEX can be effectively solved.

Pending order is the most basic function of the order book mechanism. It allows users, who can give play to their observations and take preemptive measures, to pend orders at a designated price. At the same time, the fixed price also means that the common problems of slippage and front-running characterized by AMM will be greatly alleviated. The main victims of high transaction costs are DEX projects located on Ethereum. Although MDEX is deployed on Ethereum as well, its main battlefield of Heco–an emerging public chain famous for low transaction costs. Therefore, MDEX is free from the issue of exorbitant transaction fees.

For liquidity providers (LPs), another key role in the DEX ecosystem, the launch of order book function means that they have another brand new market-making channel. In the order book mechanism, professional LPs make markets in a more flexible and frequent way and thereby enhance their market-making returns. Of course, MDEX will not abandon its original AMM product and ordinary LPs can continue to make money in the AMM pool.

AMM vs order book: who is the winner?

After the DeFi explosion, many crypto experts viewed AMM as a system upgrade of the order book model. However, in our opinion, this is a mistake. Being the most successful market making models of CEX and DEX respectively, order book and AMM are not comparable. No one is superior to the other. But rather, they just provide a different user experience.

At the beginning of DeFi, the market was in need of an open and simple trading product that is easy to be promoted. AMM thus perfectly fits the requirements. But as the basic DeFi functions mature, users have an increasing demand for more diverse services, which appeals for the order book mechanism.

We believe that DEX is bound to the direction of using the order book mechanism. MDEX is not the first. Nor will it be the last.