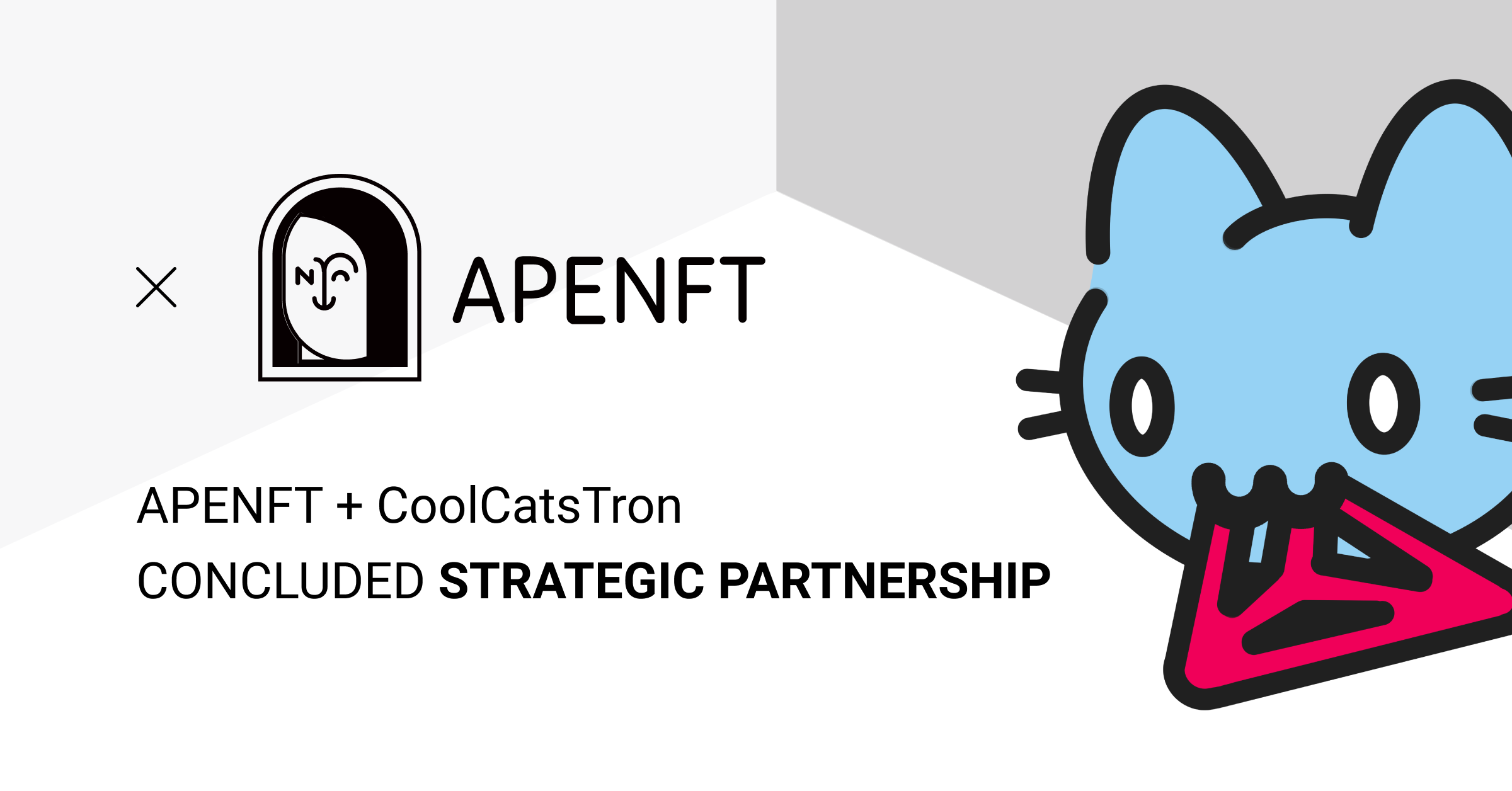 APENFT Foundation steps up its efforts to support promising and emerging non-fungible token projects on the Tron network. The company announced a new strategic collaboration with Tron Cool Cats — a spin-off of the Ethereum-based collection.

This new partnership will focus on providing ongoing marketing and product development support to Tron Cool Cats. Following the recent creation of a $100 million fund dedicated to investing in high-quality NFT projects, APENFT has been ramping up its efforts to spot such art collections in the rapidly evolving Tron NFT landscape ecosystem.

Excited to announce we have established strategic cooperation with @CoolCatsTron. NFT special fund will be used for the development and operation of @CoolCatsTron projects. We will jointly promote the construction of TRON NFT ecology. @justinsuntron @Tronfoundation @BitTorrent 🥳 pic.twitter.com/wDxqHrs51Q

“This strategic collaboration with APENFT means a great deal for our team and the entire Cool Cats community. The deal will not only help our kitties grow faster and stronger, but also it is a statement to our commitment to delivering quality art and outstanding secondary market support,” wrote the company in an email to NewsBTC.

APENFT Foundation is a curotial project committed to bringing emerging and tier-one art into the blockchain in the form of non-fungible tokens. Despite not being around for a long time, the company has already played a significant role in supporting some of Tron network’s most popular and fastest-selling NFT collections, such as Tpunks and Tron Meebits. APENFT also owns digital art pieces from the world’s top crypto artists Beeple and Pak worth over $30 million.

As most of the world-famous NFT collections, Tron Cool Cats consists of a series of 10,000 randomly generated artworks. Each of these kittens features a distinctive combination of visual attributes, such as eye color, fur shade, hairstyle, clothing, among many others. These truly unique (and cute) cats count on the support of Palmar Labs.

Unlike the very first Ethereum-launched series, Tron Cool Cats are minted using the new TRC-721 standard. As the NFT market continues to expand its frontiers, artists and developers are exploring options to reduce minting costs. Through its new standard for NFTs, the Tron network offers a viable alternative to Ethereum’s high costs.

Following the steps of previous projects on this network, Tron Cool Cats is offering a fixed minting price of 1,500 TRX or ~$135. If these kitties were to follow the luck of their Ethereum predecessors, holders could be looking at a whopping 150X value increase. As of this writing, the bottom price for Ethereum Cool Cats stands at 6.6 ETH or ~$19,200.

Minting of Tron Cool Cats can be done using TronLink — the go-to wallet for participants of the Tron ecosystem — from both web-based browsers as well as mobile devices. Klever wallets are also supported, according to project representatives.

Aside from the meows, Tron Cool Cats have plenty more to share with their owners. The project has set a 10% TRX pool for holders of multiple kittens. In other words, cat lovers holding over 30 kitties are entitled to a share of the raised TRX.

As the next steps, Tron Cool Cats is getting ready to release its own marketplace, where cat fans will be able to buy, sell, and bid with absolute market transparency. But in the meantime, NFT collectors still have time to get hold of these tiny but potentially very valuable creatures.

Which Crypto Ad Networks Pay the Most?

Backed by the Giants, Swash Completes the Private Oversubscription Round with $7 Million Ahead of the IDO