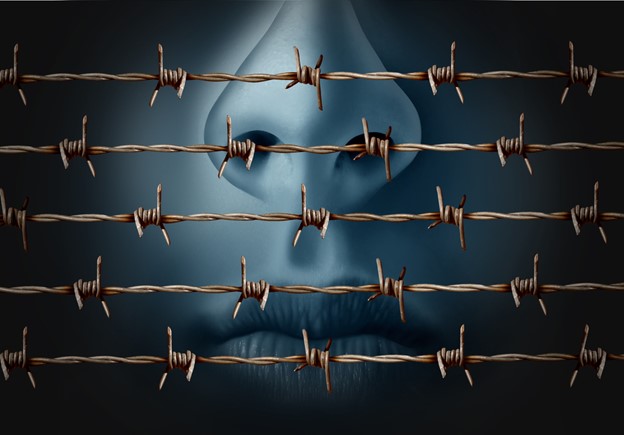 The founding fathers of the United States believed the protection of free speech was of paramount importance. When James Madison penned the Bill of Rights, he placed freedom of speech right at the top, and the First Amendment of the United States Constitution has persisted as one of the hallmark features of American democracy.

Unfortunately, the right to free speech is continuously under attack, and there are continuous debates about the limitations of this right. It’s arguable that the world today has never had more opportunities to spread information than ever due to the advent of the internet and social media, but these opportunities are also being squashed by the collusion of Big Tech and governments nearly everywhere.

The information age has reached a critical impasse where more people are gaining access to more information than ever before, but many questions remain unanswered: What information will people be allowed to access in the future? Who will own the world’s data?

Where can people go to peacefully assemble and voice their opinions now that the world has been united through a vast network we call the internet?

Creating the building blocks for a free and decentralized internet

One project, ArGoApp, is seeking to cut through the uncertainty and provide tools that will help create an internet free of censorship for all. Their approach is based on combining the decentralization and immutability of blockchain technology with the ease of creating a web page through content builders like WordPress, and by using ArGoApp, users with very little technical knowledge can deploy their webpages and apps with the push of a button, free of censorship.

The current internet can be easily censored due to its centralized nature, and this means that access to websites can be blocked or the websites themselves can be knocked out by blocking or shutting down the servers that host a website’s content. Blockchains, on the other hand, are decentralized networks where data is completely shared across thousands of computers around the world. It’s nearly impossible to knock out a blockchain.

By using ArGoApp to add website or application data to a blockchain instead of a centralized server, developers and content creators can avoid censorship entirely. What’s more, they can also maintain control and ownership of their content, and the transparent record-keeping performed by blockchain networks guarantees the origin of all data can be certain.

The possibility of a decentralized web is great news for an internet that has grown more centralized through the rise of Google and Amazon hosting services amidst increased government intervention. It’s also great news for those tired of the “fake news” phenomena that have recently taken hold of internet users worldwide.

At the same time, there is no way to remove data from a blockchain, there is no way to change that data, and it’s nearly impossible to hide the origin of data added to a blockchain network. It’s why blockchains are seen as major disruptors for healthcare, food supply, and finance⁠—any sector that relies on secure and trustworthy information flows.

A decentralized web prevents the kind of disinformation campaigns that plagued the 2016 United States presidential election since the source of the information can always be traced. According to ArGoApp, “Records of facts can be traced through the network to the identity that first asserted those facts. This is a major shift from the paradigm of the centralized web, in which facts can be asserted, spread, and then revoked in order to disseminate misinformation whose source is hard to determine.”

Ensuring the future of free speech on the internet

From DARPA to dial-up to Facebook, the internet has seen many changes over the last half-century. It’s a gigantic network that connects computers all over the world, more people are using it than ever before, and it’s constantly morphing as more of the world goes online.

The next step in the evolution of the web looks like one where blockchains will be used to guarantee data can be held and distributed safely. Helping bridge a technological gap, ArGoApp is paving the way for users of all technical abilities to participate in this move towards a secure and free internet of the future.

Users can currently deploy projects on ArGoApp’s testnet for free. Pricing will be announced with a mainnet launch in September.