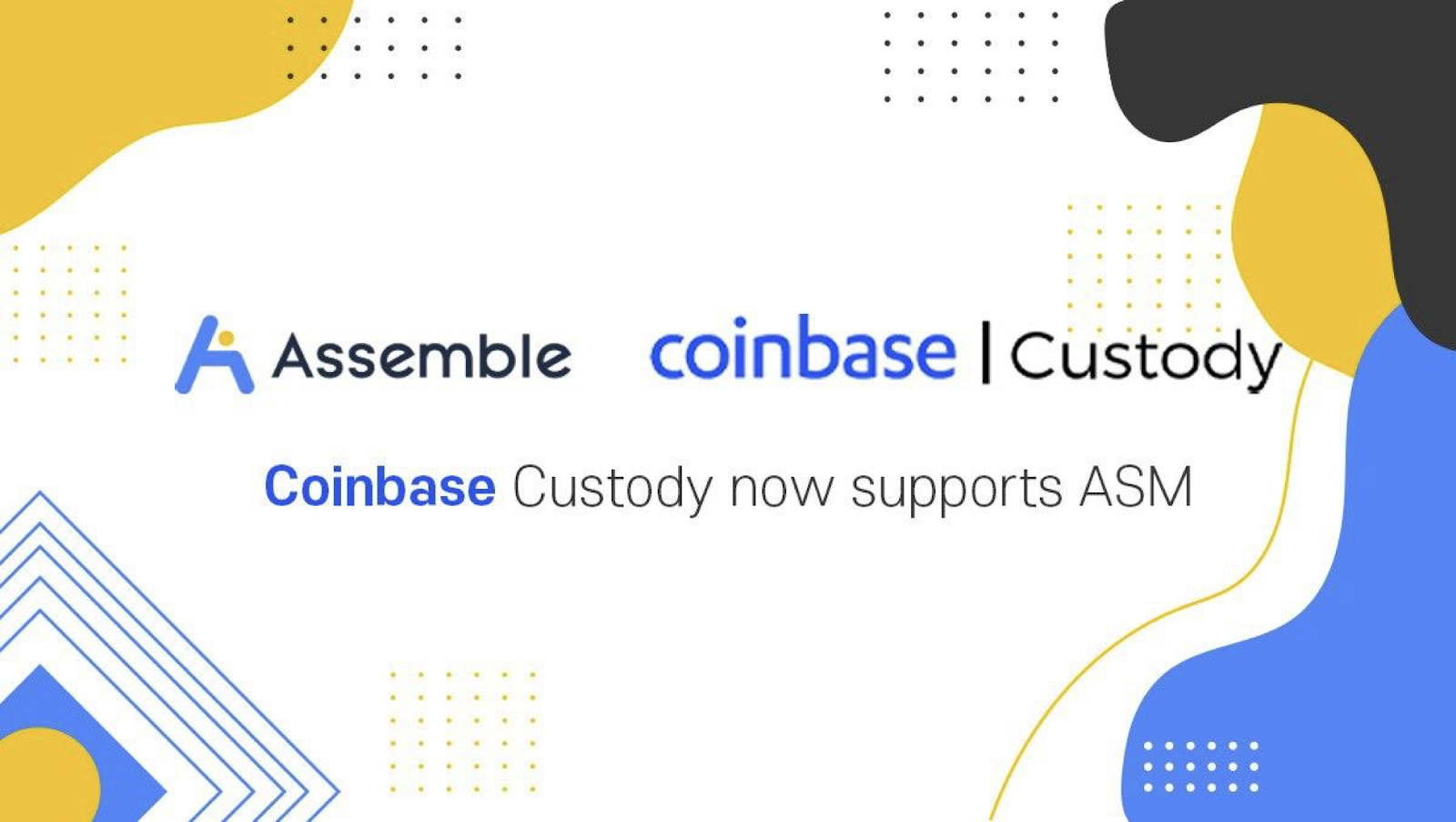 The leading blockchain-based global point integration platform, ASSEMBLE Protocol has announced that its utility token ASM has been added to Coinbase Custody. This means that ASM will receive a cold-storage custody solution from one of the largest custodians in the crypto sphere, Coinbase Custody.

The support of the ASM on Coinbase Custody has been officially confirmed by the Coinbase Institutional on 3rd May  5 PM PDT, that has been revealed in their Twitter handle.

According to their tweet, Coinbase Custody officially approved ASM token to be added to their cold storage custody following technical and compliance review of the token. This is a significant milestone for ASSEMBLE Protocol, given the fact that users on Coinbase Custody can now access the token. The Custodial platform is considered to be one of the largest and most trusted crypto custody solutions for individual and institutional investors.

It should be noted that Coinbase Custody offers custodian services to 90 digital currencies.

The ASSEMBLE Protocol team considered Coinbase Custody for storage due to the reliability, security, and transparency of the platform. Since its launch eight years ago, Coinbase Custody has not experienced any security incidents or loss of crypto assets to  its platform and adheres to the strictest security protocol. In addition to the listing of ASM on Coinbase Custody, users can now safely deposit and withdraw funds without leaving the Coinbase platform.

Assemble protocol continues to make significant progress in its quest to provide users unrestricted opportunity to use their points similarly as they use cash without time or location constraints.

The blockchain protocol provides point integration where various points can be integrated and converted into its native token ASM or cashed out through a single process. In addition, ASSEMBLE provides consumers with multiple channels where they can use their points. Users can freely transfer their points within the platform or purchase goods and services within the ASSEMBLE platform.

Its unique ecosystem is developed with a data infrastructure where consumer data is consistently updated within the database. This means that advertisers can use the data to effectively run their advertisement campaigns.

When consumers pay for a product and receive points from the point provider, they can exchange these points to ASM token via the ASSEMBLE platform Point Exchange. The Point Exchange provides a safe and secure place for point to ASM swaps to occur.

There is a marketplace within the platform where product transactions are made using the ASM tokens. Consumers can purchase products from sellers at favourable terms and receive rewards by leaving a review on their purchase experience or via community participation.

Staying true to its decentralized architecture all data collected from consumer’s payments are stored on the blockchain. The stored data is further used for marketing purposes as advertisers can process the data and channel their advertisements towards identifying consumer groups that fit their objectives.

ASSEMBLE has been able to secure major partnerships with top e-commerce platforms STA1.COM and ClubPass in recent months. The two platforms combined have over 800,000 users. ASM is also listed on leading Korean exchange Bithumb and was recently listed in the KRW market on the exchange.

The ASSEMBLE Protocol community continues to grow, and the listing on Coinbase Custody will only accelerate the blockchain platform. To learn more about ASSEMBLE Protocol, visit Assemble website and social media: