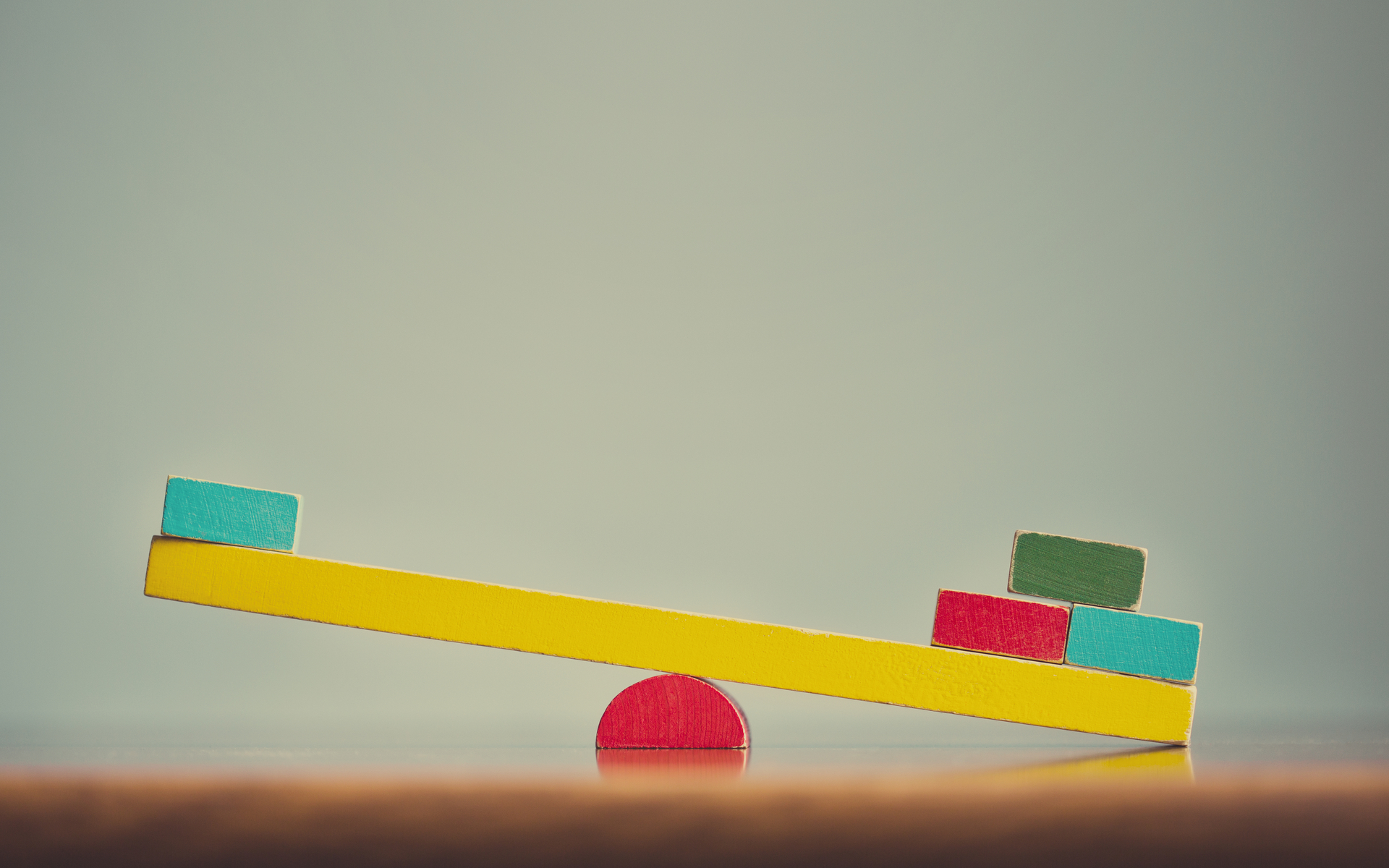 This may seem like a distant number and it’s certainly easy for us to get detached but let me remind you that just about every pension and investment fund in the world holds a large amount of US treasuries. So, we’re all in this big boat together.

Of course, with the high level of inflation over the last few decades, it’s important to put this large round figure into a more tangible context. After all, 22 trillion is just a round number. A large round number but still rather arbitrary.

The best way to understand the national debt is by checking the debt to GDP ratio. In other words how much is the US producing compared to what it owes?

In the following graph, we can see American debt to GDP over the last 50 years. Bloomberg’s Hilary Clark @queenofchartz who produced the graph has admitted that it is the scariest chart she’s ever made. 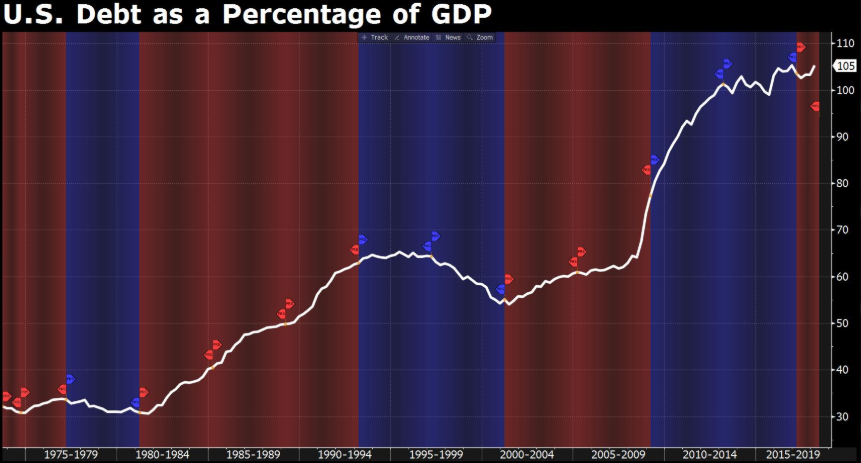 It’s probably nothing to worry about though. As long as the United States is able to continue making the necessary payments on its debt, the global economy should remain stable. And to be fair, there are certainly other countries with far higher levels of debt.

Please note: All data, figures & graphs are valid as of February 13th. All trading carries risk. Only risk capital you can afford to lose.

Volatility continues to slide as stocks continue to soar. Optimism is high that the tentative deal to avert a US government shutdown will be grudgingly confirmed by President Trump and that the March 1st deadline to complete a US-China trade deal will be extended.

It’s also been confirmed that President Xi himself will be meeting with US officials in Beijing on Friday to try and hammer out a deal.

On the Brexit front, it seems increasingly likely that this uncertainty is gonna come down to the wire. In an odd headline this morning, it seems that May’s hand may have been tipped…

Guess that goes to show that alcohol and Brexit don’t mix. In any case, the alleged conversation has May’s Chief EU advisor Olly Robins saying that when it comes down to it, UK parliament will be given a choice between May’s deal at the last minute or an extension from the EU to Article 50.

The chance of a no-deal Brexit remains low and many analysts seem to be putting it at about a 10% probability, which is still much higher than zero than it probably should be.

Keep an eye out for the US CPI inflation figures coming out an hour before Wall Street’s opening bell today.

According to a fund manager survey in February, the new most crowded trade at the moment is ‘long emerging markets.’

The title was stolen from ‘long US Dollar’, which held the crown for two months, and was preceded by the ‘long Faang’ position, which managed to remain the most crowded trade for ten consecutive months.

This play is one that we highlighted in our annual outlook webcast (timestamp: 36:48) on January 8th. The Federal Reserve’s monetary tightening in 2018 was putting a choke hold on emerging market economies, which tend to hold a large amount of US Dollar denominated debt. Now that they’ve shifted to a more neutral stance, traders are piling into EEM.

What’s interesting to note is the sentiment of the survey’s participants. Even though it’s the most crowded trade, only 18% actually think that it’s overvalued at the moment.

We highlighted some breaking news yesterday about a $40 million investment into crypto by two large public pension funds, but this small bit of news is so fantastic that I’d like to talk about it again today.

You see, the two Fairfax funds involved in this investment have a combined $5.7 billion under management. So the $40 million they’ve put into crypto is only 0.7% of that. This is good money management at play.

Should the crypto market see another year like 2018 with an 80% drawdown, the fund will only lose 0.56% of its total portfolio. As long as the rest of the portfolio performs properly, nobody will even notice the hit.

If crypto has a fantastic year as it did in 2017 and rises by 1000%, their overall portfolio will rise by 7%. This is what we call asymmetric risk, where the risk to the upside far outweighs the downside risk.

Note: For the purpose of simplicity in this analogy, I’ve lumped both Fairfax County funds into one even though they are separate funds.

Traders and investors are always looking for an advantageous risk/reward ratio and now that we’ve already seen a large retracement in the crypto market, the ratio is becoming very attractive. Now that Fairfax County has opened the door, it will be interesting to see if other traditional fund managers join in.