Politics dominates much of the Bitcoin vs. gold debate. Bitcoin enthusiasts often speculate on how the digital currency can undermine the state, fostering individual economic liberty for society at large. On the other hand, Bitcoin skeptics worry about the currency enabling their political enemies to gain a financial advantage. For example, Bitcoin-friendly political candidates can draw in single-interest voters from all demographics — from both the left and right — by taking a strong and positive stance on Bitcoin. Alternatively, as a more insidious example, terrorist groups like ISIS can receive anonymous Bitcoin donations, helping them gain control in the Middle East. 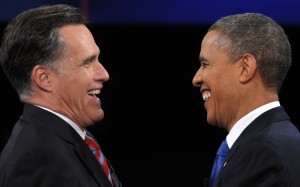 Bitcoin skeptics who favor gold may also argue that a gold currency would provide all the economic benefits of Bitcoin without the aforementioned political risks. In order to store gold in a bank account, depositors must give up personal information that reveals their identities. Therefore, it would be easier for authorities to identify people donating gold to nefarious political organizations, such as ISIS.

Although people inside and out of the Bitcoin community spend a lot of time pondering these political uses of gold and Bitcoin, not much time is spent thinking about how politics itself can affect the economic uses of gold and Bitcoin. Certainly, gold can be used to limit government’s ability to run budget deficits. Bitcoin, of course, can be used in the crypto-anarchists’ fight to render government economically impotent. However, how does politics in general affect Bitcoin’s development and adoption, and how does it hinder or enhance the benefits and shortcomings of gold? In light of these questions, which currency is more resistant to the negative aspects of politics — gold or Bitcoin?

Unfortunately, centuries of economic history have shown that gold is no match for the political process. From the days of ancient Greece to modern times, governments have been able to use their political powers to circumvent restraints that gold placed on fiscal and monetary policies. In Rome, government sanctioned fractional reserve banking generated devastating business cycles — despite the fact that Roman common law forbade the practice of running fractional reserves. Furthermore, Roman emperors stealthily devalued the currency by clipping coins, which reduced the gold content without lowering a coin’s face value. In the early 20th century, Franklin D. Roosevelt issued an executive order outlawing and confiscating all privately-held gold reserves in the United States. This political move suspended the gold standard, allowing the US government to adopt unprecedented policies of deficit spending and fiscal interventionism. Late 20th century politics killed the gold standard once and for all; now, in the 21st century, every nation in the world uses fiat currency.

Thus, gold currency’s track record against politics is disappointing. Despite economic theory identifying extremely positive aspects of gold — even having advantages over Bitcoin in several cases — politics has pushed gold currency out of the picture altogether. 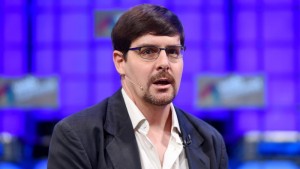 Bitcoin, while so far avoiding major political confrontations with governments, suffers from its own political disadvantages. Instead of governments diminishing the power of the digital currency, community politics have threatened to hinder Bitcoin’s technological progress. The most recent example of this kind of political obstruction is the block size debate. Economically and technically, removing Satoshi’s temporary, 1 MB block size limit is an important step towards securing the Bitcoin network’s scalability and stability. However, a small faction of the community has made a lot of noise about keeping the block size limit in place, mostly because of faulty economic reasoning. This disagreement — often leading to meaningless debate — has kept Gavin Andresen from rolling out a hard fork with an increased block size limit, even as blocks grow ever-closer to 1 MB.

Bitcoin’s community politics creates the threat of the currency being killed by its own users, rather than outside parties with political vendettas against Bitcoin. If something as trivial and obviously-needed as an increased block size limit can grind Bitcoin’s progress to a halt, what will happen when a real issue arises? Essentially, at this point, the Bitcoin community is far more likely to cannibalize itself rather than be destroyed by an unfriendly government.

Gold and Bitcoin have their flaws when it comes to the political realm. Gold has had a long history of government intervention, while Bitcoin is being put at risk by its own users. Neither political atmosphere seems to be more productive than the other; on the contrary, they both appear to be equally stifling. Fixing these problems would likely require solving the public choice problem, or altering man’s inherent desire to argue on the Internet. Neither gold nor Bitcoin win in the game of politics, which is the case for most things.