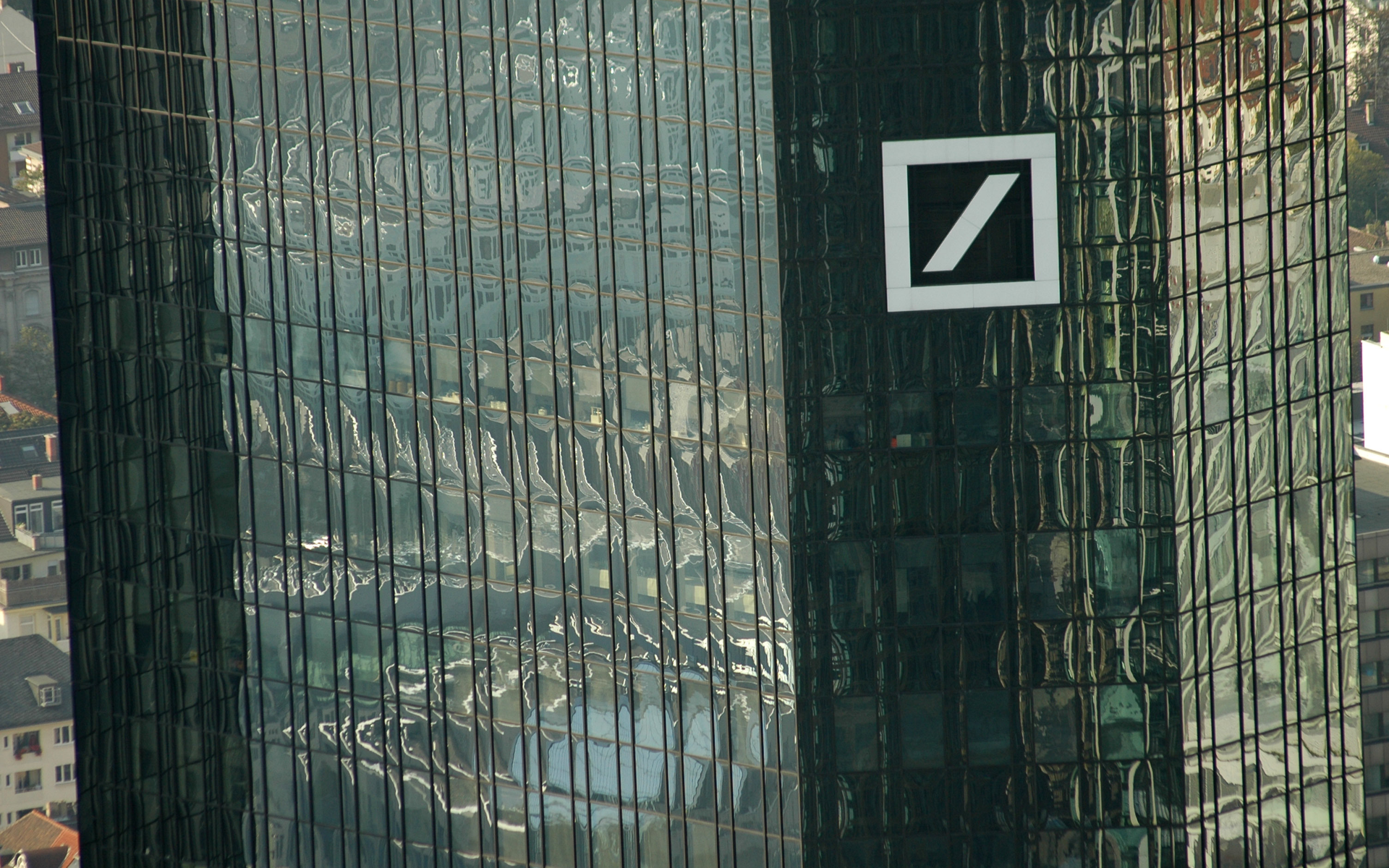 Frankfurt-based multinational investment bank Deutsche Bank has seen its stock price decline over the past five years with no signs of revival. Popular cryptocurrency fund manager Anthony Pompliano says that it would be interesting if people put their bitcoin together and bought it out.

Deutsche Bank (DB) is a large multinational investment bank that’s based in Frankfurt, Germany. It currently has its stocks valued at $14.12 billion.

The stock price at the time of this writing is $6.76, which is a decline of around 5 percent during the last five days. This is also an all-time record low.

This will be the falling domino that starts another Lehman-esque cascading down of markets.

If this doesn’t sound alarming a lot, looking at the bigger picture paints the complete story. And it’s alarming. Since the beginning of 2019, DB’s stock price has declined by about 17.5 percent.

Going back one year gives us losses of around 39 percent. In the past five years, DB has seen its stock plunge from $38.74 to their current levels, which is a devastating loss of about 82 percent.

What is even more alarming is that the overall trend in the bank’s stock price is more than obvious – over the past five years, it shows absolutely no signs of recovery.

What If… We Bought It With Bitcoin?

Today Deutsche Bank is valued at just over $14 billion and the stock price is in a free fall. If we could raise the capital, it would be interesting to purchase the failing bank and revive it by embracing Bitcoin. Crazier things have happened.

Today @DeutscheBank is valued at just over $14 billion and the stock price is in a free fall.

If we could raise the capital, it would be interesting to purchase the failing bank and revive it by embracing Bitcoin.

The $14 billion worth of BTC currently represents around 10 percent of the cryptocurrency’s market cap. Surely, raising that amount will be challenging enough. However, given that DB’s stock price and BTC are currently going in different directions, this may become affordable with time.

But even if it’s doable, however, the question is whether it’s even needed. Sure, it’s likely to send out an interesting message but apart from that, there doesn’t seem to be any point in that.

Interestingly enough, one of the comments under Pompliano’s tweet pretty much sums it all up:

To provide a bit of context, the Wright Flyer, designed and built by the Wright Brothers, was the very first heavier-than-air powered aircraft. It was built in 1903 and it was the first powered and heavier-than-air machine to achieve a sustained flight with a pilot aboard.

The German banking giant isn’t a fan of Bitcoin, however. In 2017, DB chief strategist, Ulrich Stephan, called the cryptocurrency a risk due to its volatility and lack of regulation.

Ironically, the headquarters of the same bank was raided in 2018 due to suspicions that DB “may have helped clients in setting up offshore companies in tax havens.”

What do you think of buying out Deutsche Bank? Don’t hesitate to let us know in the comments below!