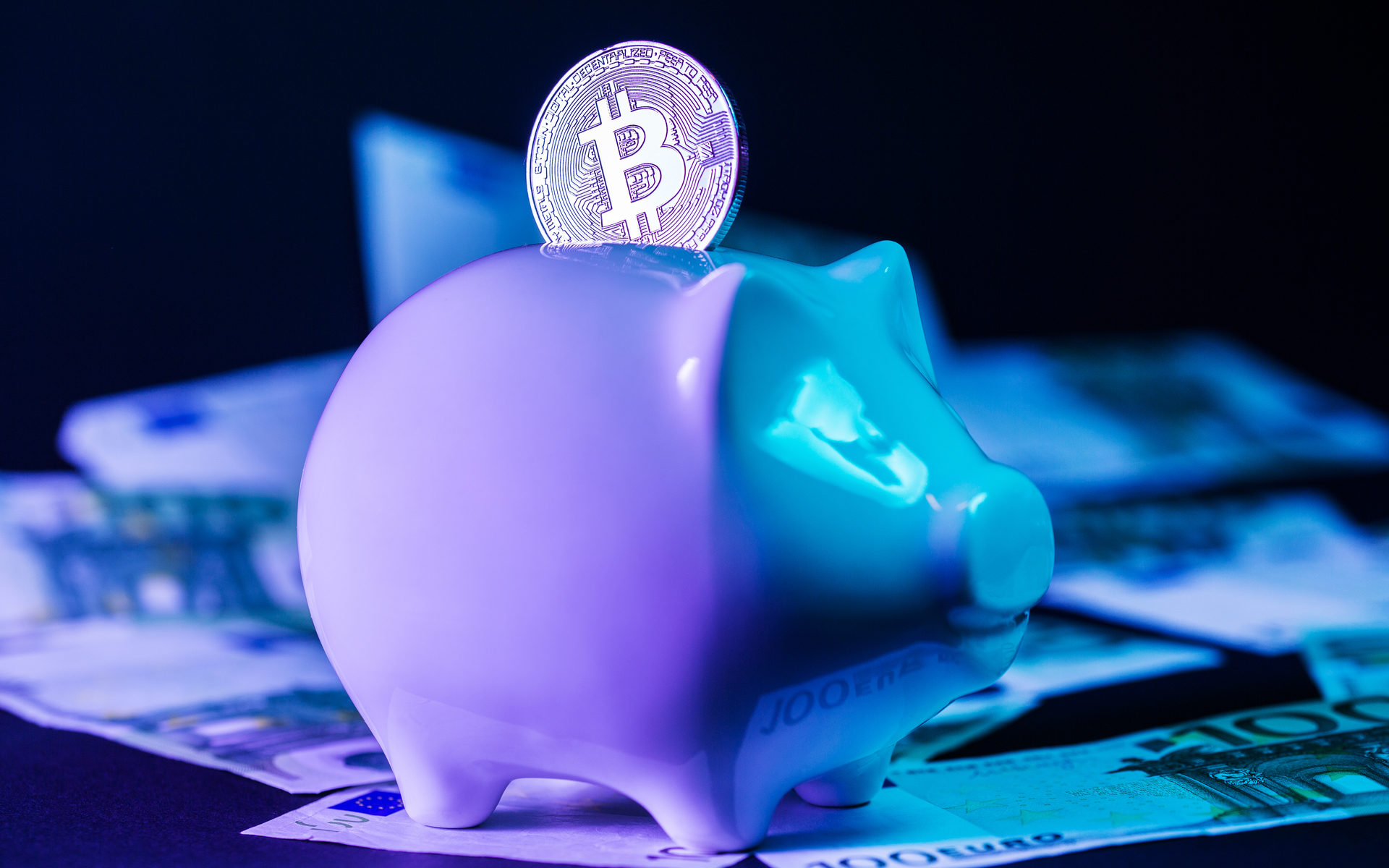 4 percent of Americans chose Bitcoin and other cryptocurrencies as the best investment option for the long term, according to a recent SSRS study. Separately, an earlier survey, commissioned by Fidelity Investments, concluded that 47 percent of institutional investors see crypto-assets as part of their portfolios.

Bitcoin on its Way to Becoming America’s favorite Investment Option

SSRS conducted the survey on behalf of Bankrate.com to identify America’s most popular long-term investments.

Thus, researchers posed the following question: “For money, you wouldn’t need for more than ten years, which one of the following do you think would be the best way to invest it?” The options were: real estate, stocks, cash investments, gold/metals, bonds, none, and Bitcoin/cryptocurrencies.

As a result, four percent of the people surveyed responded that Bitcoin and other cryptocurrencies were the best investment option for the long term.

For most Americans, 31 percent, real estate was their favorite long-term investments, as the table below shows. 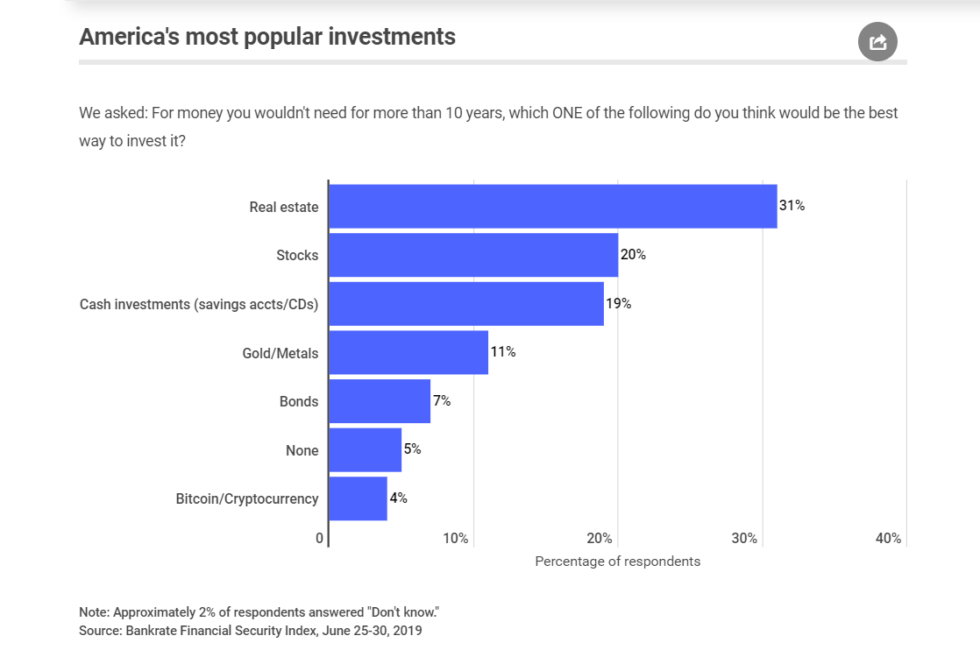 The survey comprised a sample size of 1,015 respondents. Fieldwork was undertaken between June 25 and 30, 2019.

The trend to consider Bitcoin as an investment is gaining momentum. In this connection, the SSRS survey seems to be in line with the conclusions reached by a Fidelity commissioned study. It only focused on Wall Street investors and took place in May 2019.

This survey concluded that 47 percent of institutional investors “view digital assets as having a place in their investment portfolios.” The breakdown is as follows,

Bitcoin Remains Most Popular Among Millennials

Moreover, the SSRS study confirmed that Bitcoin and other crypto-assets are more popular among younger people. According to the researchers,

“Millennials picked cryptocurrencies as their top long-term investment about 9 percent of the time – about triple the rate of Generation X. Earlier generations had negligible numbers of respondents selecting virtual currency as their top choice.” 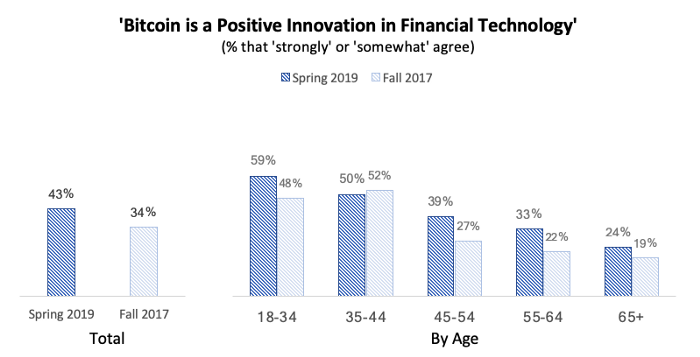 Incidentally, the SSRS survey conclusions agree with Harris Post survey, which concluded
“59% of those aged 18–34 ‘strongly’ or ‘somewhat’ agree that Bitcoin is a positive innovation in financial technology — up 11 percentage points from October 2017.”

Which is your favorite long-term investment? Let us know in the comments below!