Investor Says Bitcoin is the ‘First Viable Replacement For Gold’

Investor Says Bitcoin is the ‘First Viable Replacement For Gold’

Speaking at the Sohn Investment Conference on Monday, April 23rd, John Pfeffer, serial entrepreneur, investor, and currently a partner at Pfeffer Capital, declared that Bitcoin is the first viable replacement for gold.

In a statement that would make even the feet of David Drake twirl with delight, John Pfeffer said that his anticipation is for Bitcoin’s price to rise to at least $90,000 or ‘significantly higher.’ At the time of writing, the cryptocurrency is trading for $9,202, marking a 3.37% increase in the last 24 hours. 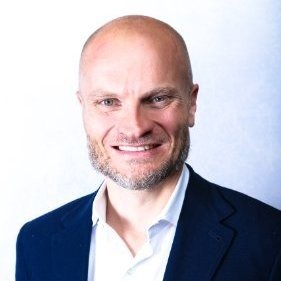 Bitcoin Better Than Gold ‘On Every Front’

John Pfeffer is a serial entrepreneur, investor, and currently a partner at Pfeffer Capital. He’s also the author of the book “An (Institutional) Investor’s Take on Cryptoassets.”

Pfeffer made a few bold statements, apart from his optimistic Bitcoin price prediction. He also noted that the grandfather of all cryptocurrency is “better than gold.” Decentralization, as well as censorship resistance, are the core pillars of Bitcoin’s prominence, according to Pfeffer. Also, he makes a case that the largest cryptocurrency is “vastly easier to store and transact with than gold.”

Pfeffer also noted that if 25% of the foreign gold reserves were to be replaced with bitcoins, the cryptocurrency network would receive a total value of $6.4 trillion.

While Pfeffer’s statements are undoubtedly brave, to say the least, he isn’t the first one to hint that Bitcoin could eventually replace gold. At the end of 2017, the famous Winklevoss twins were quite firm in their belief, saying that “Bitcoin matches or beats gold across the board.” The twins also said:

A key sentiment can be noticed in both Pfeffer’s statement and the one from the Winklevoss twins. They are obviously isolating Bitcoin from other cryptocurrencies, and they are clear that they shouldn’t be intermingled. At the conference, Pfeffer was quite blunt, saying that the “majority of crypto assets are bad bets.”

Do you think there is a chance for Bitcoin to eventually replace gold? Please let us know in the comments below!