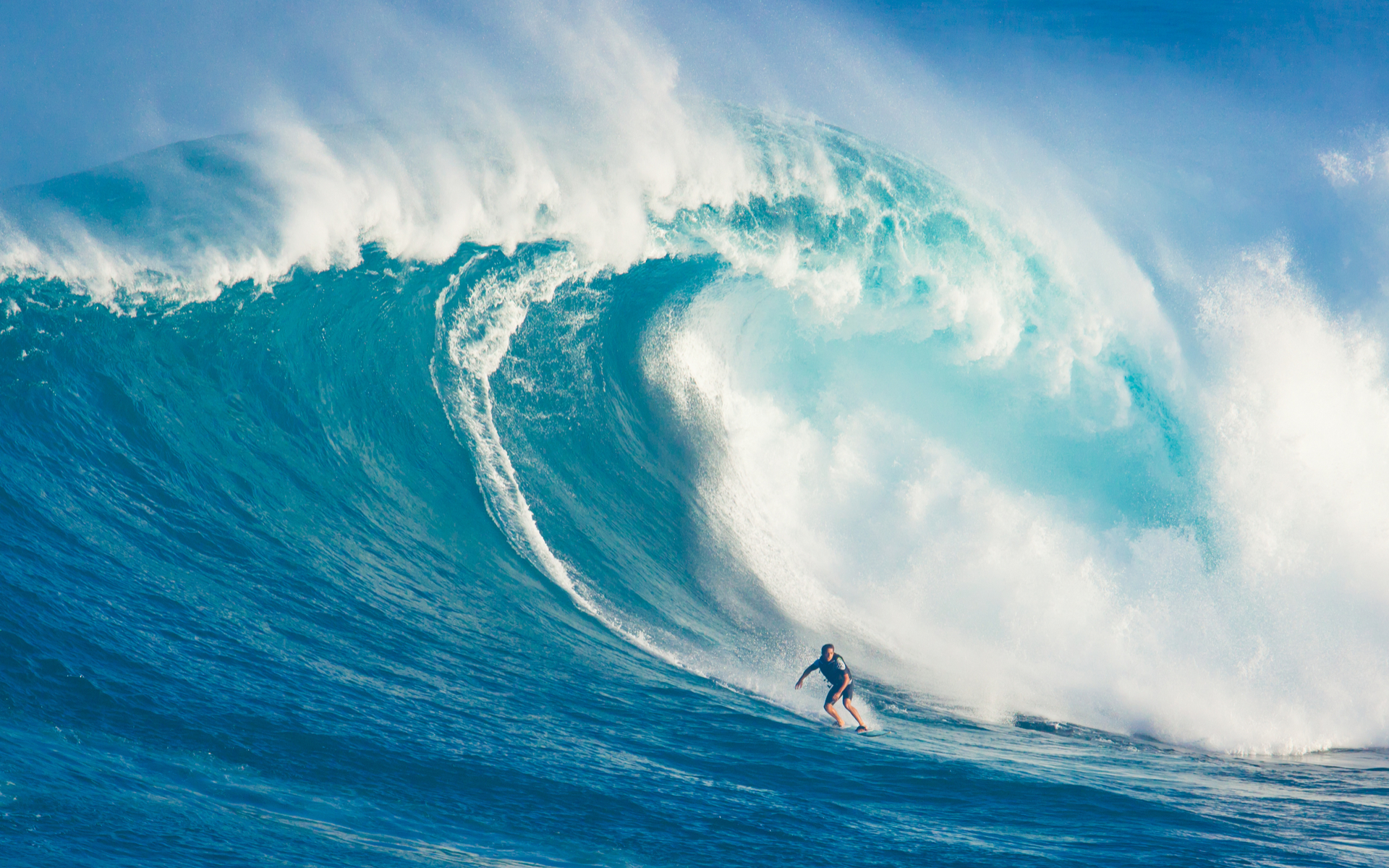 Bitcoin price volatility has tripled over the past 30 days as BTC/USD has made an impressive push above the $5,000 mark. At the same time, overall volatility is actually in decline as Bitcoin adoption spreads.

The volatility of bitcoin price has surged nearly 200 percent from a monthly low of 1.26 percent to 3.31 between April 1 and April 2, according to Bitvol.info. Currently, the volatility stands at 3.54 percent. 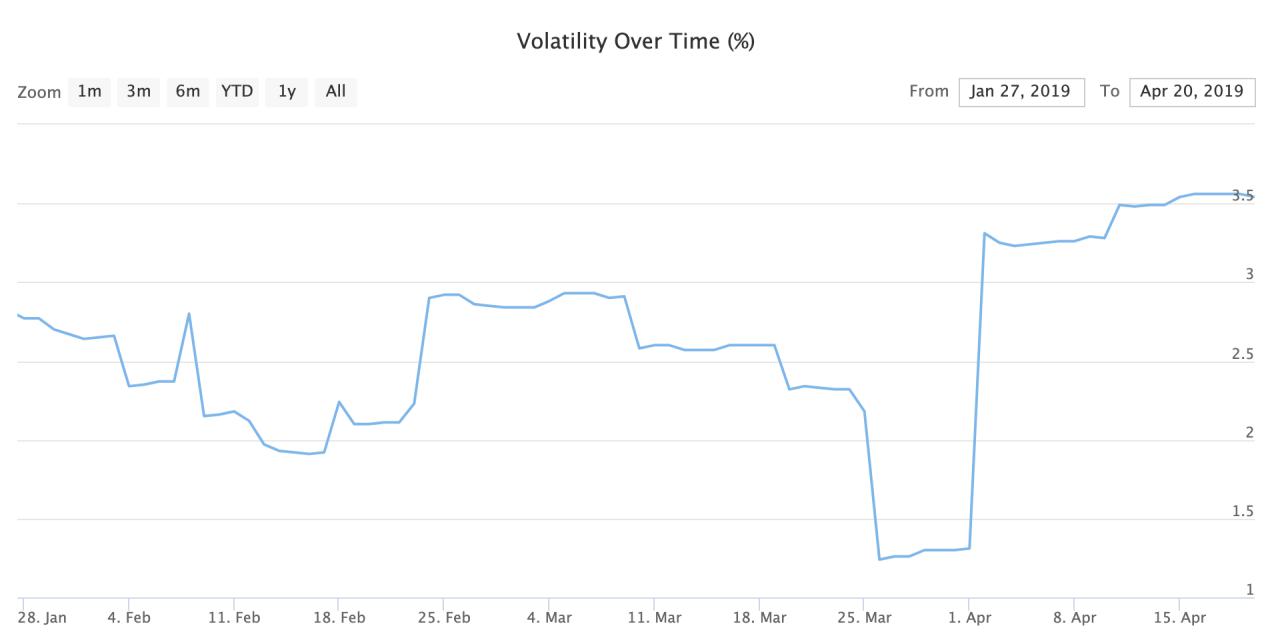 This occurred as BTC/USD skyrocketed by 22 percent in just the span of one hour propelling the cryptocurrency above $5,000 for the first time in 5 months.

Since the early April surge, the price has remained in a relatively tight range between $4,900 and $5400 amid bullish forecasts and other indicators possibly signaling a market bottom.

The given volatility index gauges the price movement of BTC price over the past 30 days. Currently, the volatility stands at 3.54 percent, the highest in 3 months.

Overall, bitcoin price volatility has actually been declining over the years. In fact, 2018 was one of the least volatile periods in Bitcoin’s history despite an 80 percent drop in USD value.

Last year, the volatility index remained under 4 percent for most of the year. The only exceptions being the tail-end of the January 2018 crypto market price peak and the November-December period when BTC/USD saw a steep plunge below the $6,000 mark.

Data from the past 8 years shows a clear downtrend in overall spot price volatility. Despite the 80+ percent changes in bitcoin price in 2018, today’s fluctuations are nothing compared to Bitcoin’s early years when the price could easily move +/- 100 percent in a single day.

No One Wants a Stable Bitcoin

One of the most common criticisms of Bitcoin is that it is too volatile. Its wild fluctuations in price, the argument goes, means it cannot be money. Because its USD equivalent value transferred can diminish (or rise) in seconds.

This concern falls flat though because this problem is solved by BTC payment processors, stablecoins and other solutions. 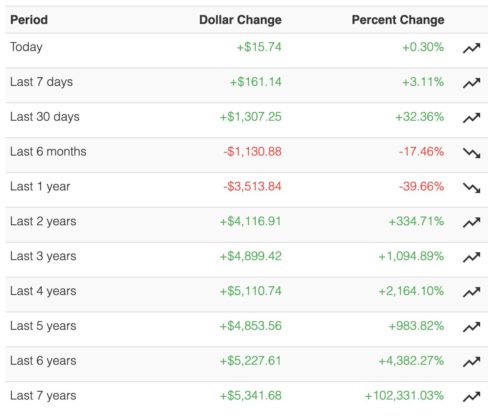 At the same time, fluctuations in spot price shouldn’t be too surprising as bitcoin emission doesn’t follow typical supply and demand. This is why many traders and investors actually love the chaos of bitcoin price [coin_price] volatility. When price moves, everyone pays attention.

It is these volatile days, in particular, that have given traders the biggest returns, compared to the rest of the year. This is the time of maximum opportunity and likely why having a low time preference and ‘hodling‘ — instead of trying to time the market — has proven to be a successful strategy for many Bitcoin investors.

As Bitcoinist previous reported, overall interest in bitcoin also lags behind price moves. Google search trends over the past month reveal that the phrase “buy Bitcoin” spiked a day after the price surge caught everyone off guard.

As price moves (in either direction), people want to know why. What is Bitcoin? Should they buy now? Should they sell? Why is it rising so fast?

Moreover, virtually everything in the cryptocurrency space mirrors the bitcoin price chart. From website traffic to trading volume, to the number of headlines seen in the press.

Admittedly, the majority of the public is all about ‘when moon?’ and not ‘in it for the technology.’

Unsurprisingly, greed and fear drive the market. Luckily, humans have the ability to learn from experiences.

Educating yourself about what bitcoin is, why it was created, and historic market cycles could spare you the FOMO (fear of missing out) next time around. It could also help prepare for the next spout of bitcoin price volatility and avoid buying high and selling low.

In the meantime, all eyes will be glued to the price of bitcoin as traders wait to catch the next wave.