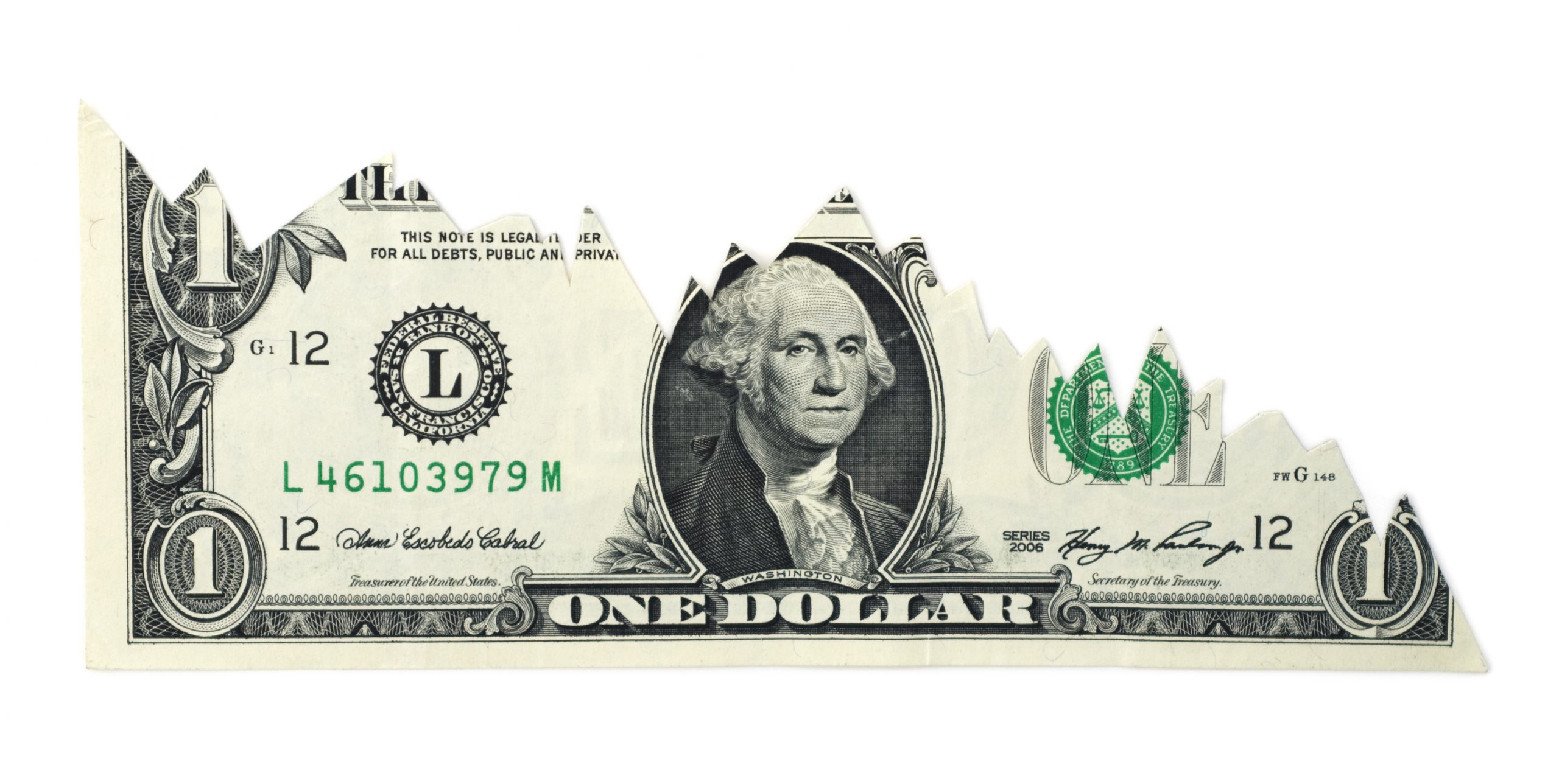 During a time when money has become more difficult to come by for many, and the fiat monetary system is on the brink of collapse, Bitcoin might be the best chance at protecting wealth.

One CEO of a risk management firm that educates investors on how to protect capital, claims that the leading cryptocurrency by market cap “remains the best short-term macro correlation” versus a “devalued dollar.” Here’s what that could mean and how that could benefit investors in what could be a very bleak future.

Bitcoin was designed as the first-ever peer-to-peer digital version of cash, but aside from that mention, the similarities with the dollar end. Whereas traditional fiat-based cash currencies can be printed at a whim, only 21 million BTC will ever exist.

The rarity gives the crypto asset a quality like a commodity and imposes a unique impact on the normal supply and demand dynamics. All markets are driven by these dynamics, but in Bitcoin, the relatively low supply and block reward reduction caused the asset to behave very differently than others.

For one, when demand outstrips supply, prices run parabolic. And because the cryptocurrency has such a limited supply, it is directly opposed to the dollar and the potential next successor as the global reserve currency should it lose that status.

Bitcoin is quickly becoming the most likely candidate to do so and remains the “best short-term macro correlation” versus a dollar that has been in decline since the pandemic began, according to Hedgeye Risk Management CEO Keith McCullough.

What USD Dying Means For The Next Cryptocurrency Bull Market

Interestingly, McCullough sold his Bitcoin recently, only to buy it back last week ahead of the big impulse to $13,000. Data McCullough shared on Twitter shows BTC beating out gold, Brent Oil, the S&P 500, and the CRB Index as the most inversely correlated asset to the dollar.

During periods when the dollar fell in the past, Bitcoin had its most explosive bull runs.

The chart above shows the dollar’s recovery from the 2008 economic crisis caused the 2014-205 bear market in Bitcoin. After the peak was in, the crypto asset soared to its all-time high of $20,000.

That peak was also when the dollar was at its weakest in the last five years, but the DXY Dollar Currency Index shows that the greenback is nearing a similar low point, on the heels of ongoing stimulus money printing and being on the cusp of printing more.

If the DXY plunges deep, the catalyst for Bitcoin’s next bull run is here, and it is primarily due to the design choice to hard-cap the asset at just a 21 million supply. It was done to ensure its value only strengthens as the dollar weakens. And as data shows, it is doing as it was intended.