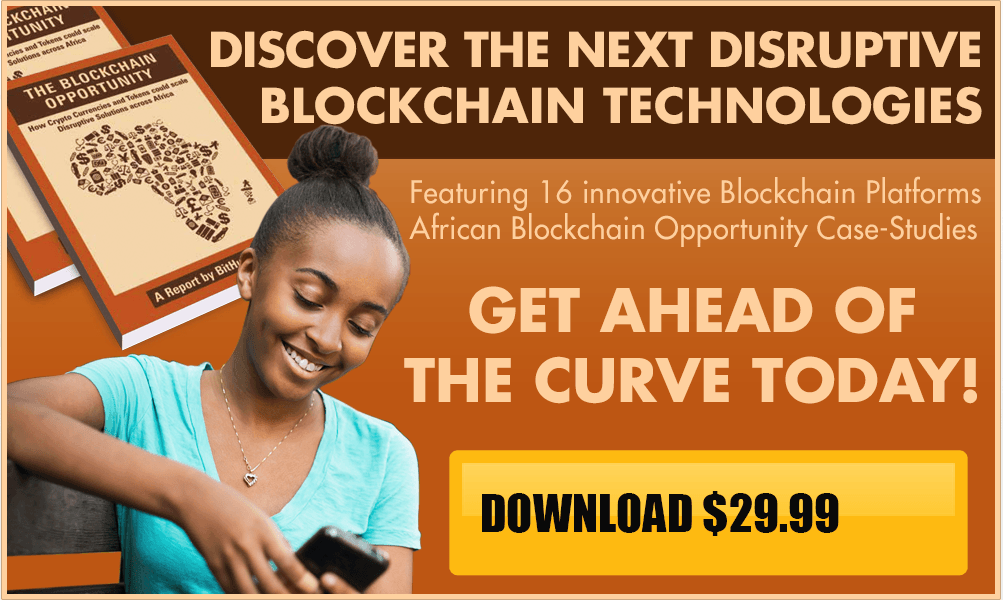 The campaign centers around a crowdsale which offers interested parties an extensive report documenting the top 16 brightest blockchain platforms for 2017. The new report comes in the form of a downloadable ebook, for $29.99 and all proceeds will support activities at the company’s new incubator hubs across Africa.

BitHub.Africa was founded by Kenyan Blockchain entrepreneur John Karanja in December 2015 and officially started business operations in Kenya in January 2016. BitHub.Africa is the main commercial Blockchain operator driving the adoption of blockchain technology and solutions across Africa.

Africa is now the fastest expanding market in the world for blockchain technologies, with the rate of startups growing at an exponential rate. BitHub.Africa looks to support Bitcoin and blockchain startups akin to the fiat-based ‘M-Pesa’, in the expanding African market. Unlike conventional solutions, the projects supported by BitHub.Africa will provide a convenient and easy way to convert and spend Bitcoin and other cryptocurrencies for routine transactions.

In the ‘Blockchain Opportunity Report’, BitHub.Africa has comprehensively analyzed 16 cryptocurrency and blockchain platforms that are believed to have the most potential to cause substantial changes in the sectors of finance, technology, and commerce. The report will be most beneficial to blockchain entrepreneurs, investors, researchers, and enthusiasts.

The cryptocurrency community is beginning to feel the benefits that a decentralized financial ecosystem can provide, with specific applications in mobile and internet-based technology

Hyperinflation, fraud, and corruption have all affected large parts of Africa in recent times, causing financial difficulties for many of its people. Alternative currencies have an enormous potential to help by giving people more control over their wealth, disrupting traditional mechanisms for international trade, resource management, and governance.

Citizens suffer from overpriced bank fees due to a weakening financial infrastructure, mismanagement, corruption and growing inflation. The increasing adoption of disruptive blockchain technology is helping people combat these issues, but there is still a long way to go.

The use of cryptocurrencies has grown exponentially in the eight years since Bitcoin emerged. The market is now flooded with new cryptocurrencies, which is also starting to bear a few adverse effects. One of the problems that have arisen concerns the growing rise of fraudulent cryptocurrency startups and Ponzi schemes like ‘MMM’.

BitHub.Africa’s comprehensive report aims to help cryptocurrency businesses and enthusiasts to avoid some of these fraudulent altcoins and help enthusiasts to make a more informed decision when investing.

The team at BitHub.Africa has been dedicatedly researching all cryptocurrency platforms and analyzing the collected data to determine which of them offers the most innovative solutions to some of the economic and social issues currently facing the African cryptocurrency community.

Proceeds from the $29.99 for each copy of the report will go towards the African Blockchain Opportunity Campaign and aids BitHub.Africa’s mission to increase mass adoption of Bitcoin and Blockchain technology across the continent.