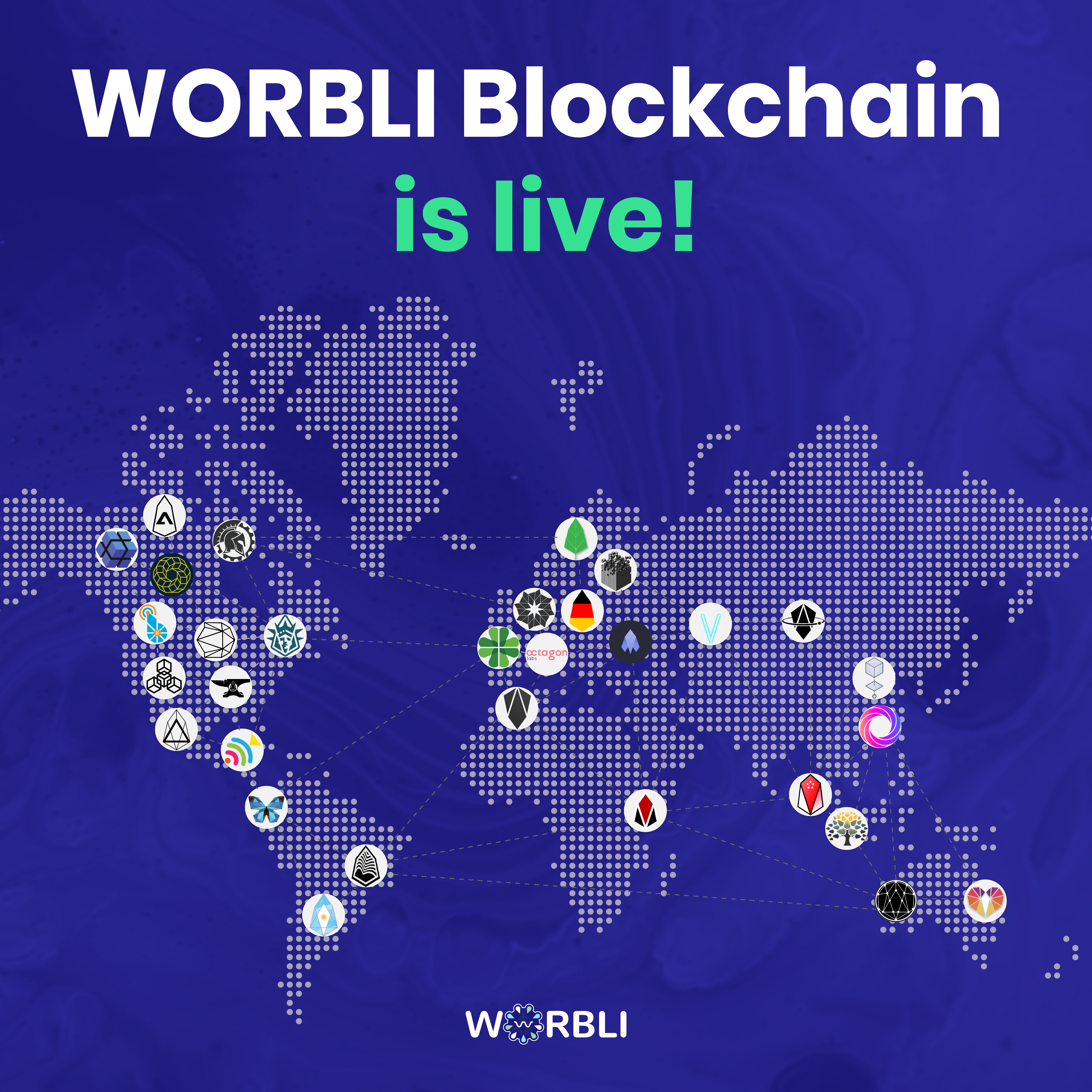 WORBLI recently launched its blockchain and user portal. The project seeks to build the underlying infrastructure for an efficient, honest, and accessible financial system. They’re forming a useful bridge between mainstream fintech and blockchain technology.

WORBLI announced the launch of its portal and blockchain via a blog post on the project’s Medium account. An excerpt from the announcement reads:

We’re extremely proud of the support we have received from our Block Producers, strategic partners and most importantly our community who have enabled us to go from strength to strength over the past 11 months.

A few weeks before the announcement, the project declared that the blockchain was live. With the portal coming online, eligible users can now claim their WORBLI token (WBI) sharedrop.

The next step for the project is to activate multi-wallet support for WBI tokens. This will allow users to exchange WBI tokens freely.

For individuals and corporate entities alike, blockchain technology adoption can be a difficult task. From lack of technical knowledge to the scarcity of scalable solutions, adopting the emerging technology seems like a challenging endeavor.

WORBLI is developing a cost-effective, intuitive blockchain platform with KYC integration for both consumer and enterprise applications. The primary goal is to simplify the process of adopting and utilizing distributed ledger technology for developers and everyday users alike. One of WORBLI’s aspirations is to enable end users all over the world with basic financial services many of us today take for granted, with a globally compliant and regulated framework.

WORBLI is its own blockchain with its native WBI Token, which has incredibly low transaction fees. Developers will be able to create a vast array of financial applications on the WORBLI blockchain using the WBI token.

As part of its goal to enable opportunities in the global financial services ecosystem, the WORBLI network will also offer an unique digital currency exchange, insurance products, personal banking, payroll, remittance and more. These products and applications are designed to enable a new wave of financial services for any industry.

The WORBLI ecosystem is an embodiment of the broader blockchain technology industry with developers, consumers, governance, compliance and security experts, etc. All of these entities interact with each other to create a genuinely improved financial system that is easily accessible.

At the heart of the project are the Block Producers who operate, power and expand the entire network. WORBLI’s Block Producers secure the network via the computing power they contribute to operating the WORBLI blockchain.

Apart from the portal and blockchain going live, WBI tokens are also on sale on ChainRift – a cryptocurrency exchange platform. WORBLI announced in a Medium post stating that the token sale is a partnership between the WORBLI Foundation (which runs the project) and ChainRift.

A portion of the announcement reads:

In order to cater to this demand and to celebrate our launch and achievements this far, we have decided to hold a token sale with the help of one of our block producers, ChainRift EOS. Via their ChainRift exchange, this sale will occur over a period of a few days, where we plan on offering 70 million of our native WBI utility tokens.

The sale began in mid-November, and it allows prospective users to acquire WBI tokens at the infancy stage of the project, paired with EOS and BTC.

What do you think about the WORBLI project? Are you participating in the token sale? Please let us know your thoughts in the comment section below.