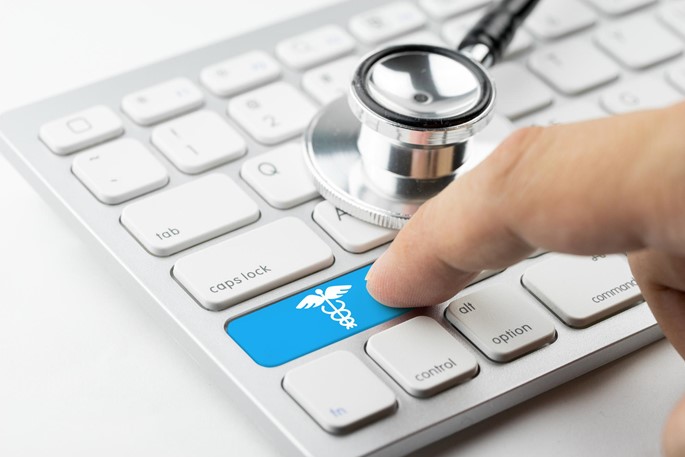 Blockchain to Revolutionize Healthcare: Two Use Cases We Need Now

It’s true that blockchain seems to be everywhere. With 2020 and 2021 largely being a dumpster fire for so many things in our world, it’s been truly heartwarming that something almost unheard of in 2018 has taken the world by storm.  Blockchain has the power to transform even more than we can imagine, taking previously unsolvable problems and making short work of them.  However, because it is new, not universally understood, and has billions upon billions being invested, there is also a need for caution.

A very intelligent, very financially savvy friend recently asked about both Bitcoin specifically but also blockchain as a technology.  He said “I see the hype.  I see the investment opportunities.  But I just don’t understand what blockchain is good for.  What does it do, and why should I care?”

This strikes at the core of blockchain and its struggle to reach mass adoption.  There is a disconnect between the financial incentives of a speculative investment, and a technology that can actually improve the world.  In a sense, we are in a time loop, repeating the Dotcom Boom of 2000, where money was thrown into new URLs with reckless abandon, growing until the bubble burst.  But like the Dotcom Boom, for every money-grab project there was another project with true utility; it just took society a few years to mature to the idea and be able to tell the difference.

To answer my friend’s question—and probably the same question for many of us—let’s look at two use cases that show exactly what IS blockchain good for (outside of financial speculation).  To raise the stakes, we are going to look at the medical field, and several problems that have cost untold lives over decades—with very little in the way of improvements.  Let’s see how the nature of blockchain technology can offer simple, elegant solutions and literally save lives.

The US is a world leader in so many things.  However, it is dead last in the category of “Countries Wealthy Enough to Have Great Healthcare for All”.  We won’t get into the reasons for this here, but a key issue lies in the data.  Specifically, patient data:  How it is stored, how it is used, and how it is protected.  For those who live in countries with a more seamless medical system, you may not be aware of the severe disconnects that exist for medical data in the US.

The problems are many.  Patients often have to use a fax machine (yes, really) to send and receive medical documents.  Depending on the healthcare provider, it can take weeks or months to send patient data from one provider to another, and this often relies on the patient proactively forcing the process.  Obviously, delays like this have caused medical providers to miss crucial information, and lives have been needlessly lost as a result.  Ironically, even though it can be painful for a patient to get access to their own information, it seems that hackers have a much easier time of it, having committed a growing number of data thefts and stealing extremely sensitive information about both patients and facilities.

There is a solution, and one that doesn’t require the entire healthcare system to be scrapped.  Blockchain is very good at a number of things, and one is keeping data verified as authentic, and secure when it is on-chain.  This alone is helpful, but the true solution for medical data is the addition of Multi-Party Computation (MPC), which allows different parties—say, a patient and their medical provider—to communicate, share sensitive information, and use it to make the correct medical decisions, all without having to share their sensitive information.  Combined with the blockchain, MPC allows patients to be the sole owners of their data.  It allows them to choose what medical facilities to share their data with, and for how long.  Most importantly, it ensures that if a data hack does occur in a medical facility, the patient’s data is still encrypted and inaccessible.  MPC technology has been actively developed since the 1980’s, but its pairing with blockchain has transformed the number of data-related problems it can solve, ensuring that data can be shared without giving up control or protection.

While having your data out of your hands, vulnerable to theft, and being so inaccessible that miscoordination costs lives, the issue is minor compared to the crisis faced by citizens in many African countries.  Due to a number of reasons ranging from lack of data infrastructure, corruption, and organized crime, WHO estimates that between 42 to 70% of medications in some African countries are fake.  This is a statistic so staggering it is hard to fully comprehend.  If you have any prescriptions, take a moment to imagine this:  For every 10 pills, 7 of them are not the intended medicine, and may in fact be poison.  THIS is the reality faced by millions today.

Like many overwhelming problems, the root causes are many, are messy, and may be impossible to fix in the next decade.  And because of this, it is estimated that millions are killed as a result—every single year.

This is unacceptable, but though many large and well funded organizations have worked to solve the problem, it may be worse than it’s ever been due to globalization and the ability for criminal organizations to be technologically organized and advanced.  Up until recently, there have been no good answers.  Thanks to blockchain, however, that may change, and much sooner than the decades-long social programs that have been tried before.

While it may not be the only solution to problems such as this, a partnership between firms OriginAll and Partisia Blockchain are developing a platform that doesn’t solve continent-wide corruption, but rather sidesteps it entirely.  The program is called “OriginAll Healthies”, and pulls out all the stops to use blockchain, MPC, tokenization, and authentication verification to directly connect healthcare and medication with patients, all without the patients requiring any knowledge of blockchain itself.

At a very high level, the program works like this.  Patients, along with their family, friends, and even anonymous donors, turn their fiat currency into the platform’s token, called a Healthie.  The Healthies are now useless as currency—EXCEPT to purchase medicine from a verified and authorized provider.  A purchase of medicine is tracked on the chain using unique identifiers of the Healthies used for purchase, the medicine purchased, and the journey from lab to warehouse to the patient.  Partisia provides the blockchain technology and the MPC functionality so that providers can work with patients without compromising the data of either.  OriginAll uses the blockchain and its unique supply chain software to maintain the authenticity of a product from the source to the destination.

Because this innovation is directly in line with the United Nations Sustainable Development Goals (SDG), along with the African Continental Free Trade Agreement (AfCFTA) Secretariat, the team is working closely in partnership with 54 African nations, and is in line to roll the program out to 1.3 billion people.

Blockchain can be confusing to those not in the industry.  But like the Dotcom Boom, where we look back and try to imagine a time before Google, it’s also difficult to remember that there was a time when some people doubted the utility of the internet.  And yes, many websites failed and hasty investors lost money.  Today, there are blockchain projects that rise and fall by the hundreds.  But twenty years from now, hopefully we will look back and wonder how we lived in a world where our sacred medical data was so vulnerable and mishandled, and how we could not save the millions each year because we had no way to give people authentic medication.  Yes, the last few years have seen their share of disaster.  But with the unlocked potential of blockchain, and the teams who are creating life-changing solutions, we should be very hopeful at what the future holds.