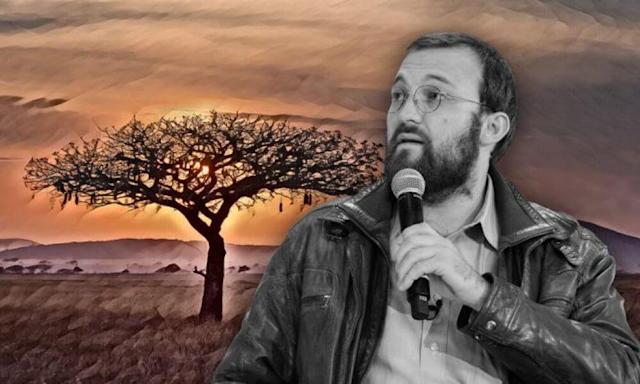 Cardano Founder Wants To Resurrect The Woolly Mammoth, How Does Blockchain Fit In?

Cardano founder Charles Hoskinson has shown interest in helping bring back the woolly mammoth by participating in an investment round that was just concluded. Hoskinson who was co-founder of Ethereum and later founded his own blockchain Cardano was one of the multiple investors that participated in an investment round in Colossal, to help them bring the extinct species back to life.

Colossal is a biotech firm founded by George Church, a professor at the Harvard Medical School, in 2021. Church has been dedicated to bringing this now-extinct member of the mammoth family back to existence through DNA that has survived tens of thousands of years. If successful, Church believes that the woolly mammoth could be back to life by the year 2017.

Colossal’s investment round boasted some heavy hitters, the likes of Cardano founder Charles Hoskinson and Paris Hilton. Hilton who has been in the crypto space for quite some time, although not as long as Hoskinson, along with others, was able to raise $60 million for Colossal to try to resurrect the woolly mammoths.

Colossal plans to create a woolly mammoth embryo that it will make from DNA samples that were collected from animal fossils. Using modern genetic technology and the advancement in medicine, they will try to breed a new woolly mammoth, essentially bringing back an extinct species.

But What Does Cardano Have To Do With It?

Hoskinson has been a vocal supporter of using blockchain technology to make processes much easier. He had contributed to the $60 million raised, although it is undisclosed how much the founder put in, as expected, Hoskinson believes that blockchain can be useful to Colossal in their efforts to bring back this species.

He explained that with blockchain technology, Colossal will be able to reach its goal by allowing it to capitalize on more of its resources. Additionally, it can be a way to register the intellectual property rights of all of the projects being promoted in this regard.

Related Reading | Why Bitcoin Could Start Trading Like Gold

The founder did not mention whether the Cardano blockchain will be used in these processes or even used by Colossal, but he has been known to tap into resources were other projects do not.

The woolly mammoths have been extinct for close to a millennium and are said to be the last of the mammoth line before they were wiped out.