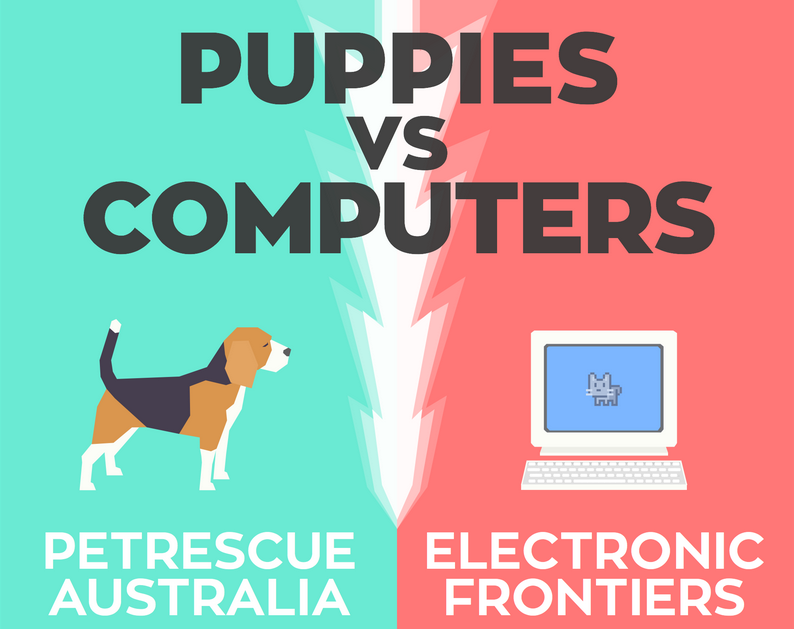 CoinJar is getting into the holiday spirit, or as they call it, “the bitcoin-giving spirit.” The personal finance startup is running  the CoinJar Bitcoin Donation Showdown this Christmas season to help raise funds in support of two non-profit organizations.

Dubbed ‘Puppies vs. Computers,’ the CoinJar team has created a friendly competition between two of their favorite Australian non-profits, PetRescue and Electronic Frontiers Australia. The two organizations will face off in an attempt see which one can raise the most bitcoin donations. The CoinJar Bitcoin Donation Showdown team is reaching out to their users and asking them to get into the bitcoin-giving spirit by choosing whether they wish to donate coins to man’s best friend or to man’s best invention.

As stated on the company’s blog, the idea for the CoinJar Bitcoin Donation Showdown started because of the passion the team has for supporting non-profits. And the two organizations involved in this year’s Christmas donation drive happen to be some of the team’s favorites.

PetRescue is an Australia-wide non-profit as well as Australia’s most visited charity website. The organization works to bring pet seekers together with thousands of rescue pets from shelters and rescue groups nationwide. Every month they save over 6,000 lives, and since their launch, they’ve found new homes for over 250,000 pets.

Electronic Frontiers Australia has been championing digital rights since 1994. They operate independent of government and commerce and rely on membership subscriptions and donations to function. They campaign for digital privacy rights by writing submissions, meeting with Federal MPs and Senators, and lobbying.

Participating In The Cause

Anyone interested in participating in the friendly, bitcoin-giving competition can do so by using CoinJar. You can send any amount of bitcoins to either non-profit by using their respective CoinJar usernames: @PetRescue or @EFA_Oz. If you have not signed up with CoinJar but would still like to join in on the fun, you can use another bitcoin wallet and send funds to the following addresses:

Pick a side. Would you choose puppies or computers? Let us know in the comments!