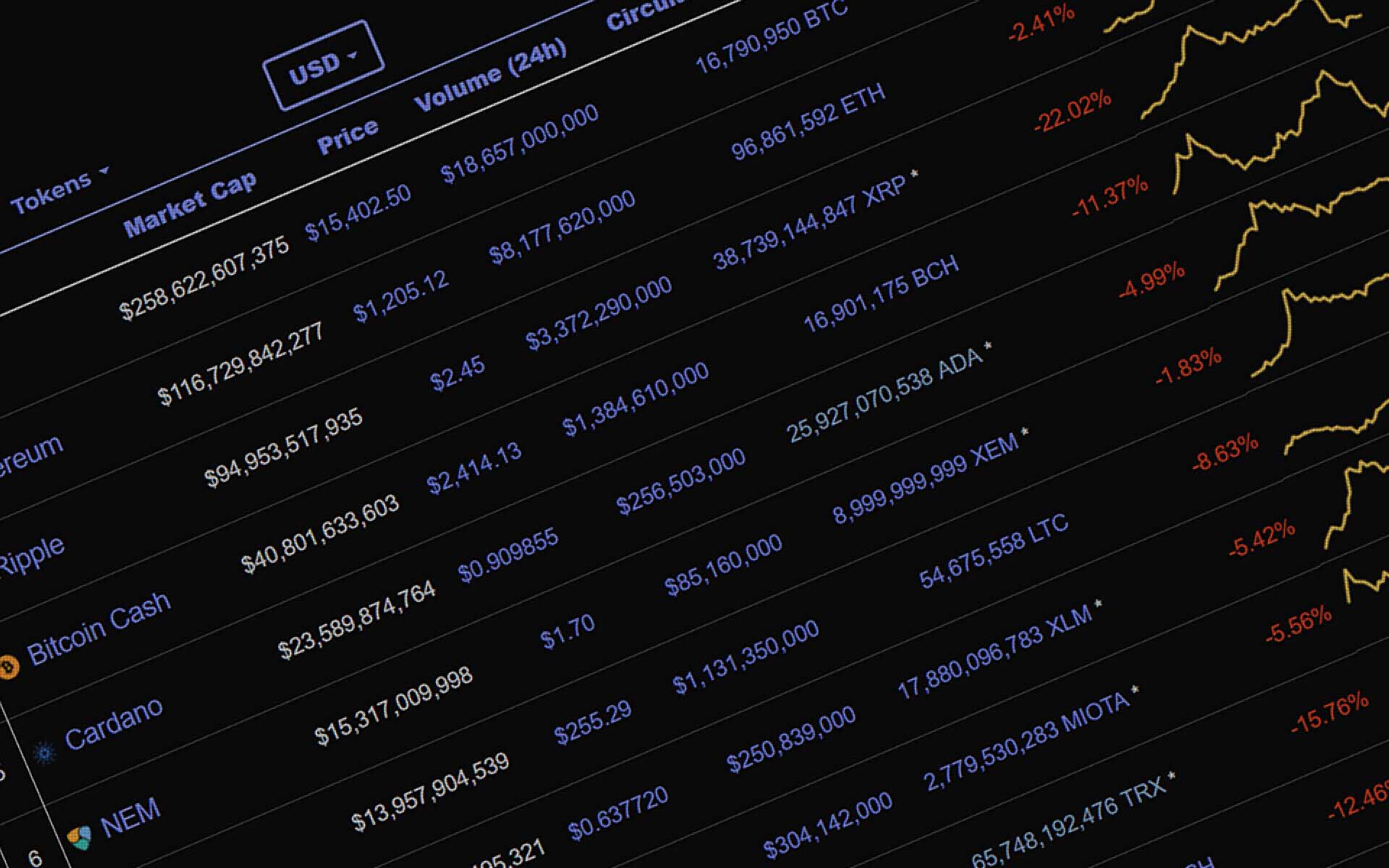 It can be challenging enough to keep up with the fast-paced world of cryptocurrencies and their price fluctuations. The challenges can be compounded when you cannot find a consistent source for these prices and the vital statistics used to make informed trading decisions.

Following a frenzy of activity over the weekend which pushed the total crypto market capacity over $800 billion and shut down several exchanges to new users, analytics website CoinMarketCap arbitrarily decided not to include data from South Korean exchanges.

Most media outlets and crypto traders have been getting their figures and charts from what has become the putative standard source – Coinmarketcap.com. The website offers live trading rates and a plethora of statistical information for each digital asset and crypto exchange. Since its decision to exclude trade volumes from the second largest exchange in the world, South Korean Bithumb, prices have plummeted across the board on the website causing a wave of panic selling. Other exchanges in the country were also omitted including Coinone and Korbit, both responsible for large trade volumes.

XRP seems to have suffered badly as it is traded heavily in South Korea, collapsing 16% in a matter of seconds when the switch was flipped. The fall has enabled Ethereum to retake second position on the market cap charts. Ripple chief cryptographer David Schwartz took to Twitter to clarify why the coin has dropped so sharply:

Coinmarketcap’s decision to exclude Korean prices from the displayed XRP price made the price appear to drop, likely triggering some panic selling. Look closely at the data and don’t be mislead.

This morning we excluded some Korean exchanges in price calculations due to the extreme divergence in prices from the rest of the world and limited arbitrage opportunity. We are working on better tools to provide users with the averages that are most relevant to them.

There are, of course, other analytics websites out there though it is not clear whether they get their prices direct from various exchanges across the world or from Coinmarketcap. Worldcoinindex.com, for example, shows almost identical prices and charts as CMC though it uses its own data from exchanges
and its own method of indexing.

Livecoinwatch.com, on the other hand, seems to still be including South Korean exchanges as its prices are somewhat higher as is the total market capacity for cryptocurrencies which shows around $35 billion higher than CMC.

There is often higher demand for certain cryptocurrencies locally than internationally which would explain the discrepancies. While prices on South Korean exchanges are often higher than elsewhere, it still remains perplexing why an analytics website would exclude up to 20% of the total crypto market trade volume which happens to occur in this one Southeast Asian nation.

Will you still be using CMC for your trade data? Add your thoughts below.