Without any earth-shattering sports and crypto headlines this past week, it was still a very active week nonetheless. The UFC is pulling out a new fan engagement tool that rewards fighters with a crypto bonus, a new blockchain is entering the NFT arena, and pairing with a football legend to do so, and ESPN is partnering with Tom Brady’s autograph.

It’s all just a week’s worth of action in the crossover landscape of sports and cryptocurrency that we cover every Sunday on The Sports Slice. Let’s review.

Blockchain.com has had some sports engagement in it’s early days, but it looks positioned to double-down, making a new hire this week with Miami-based Marissa Brooks, who will serve as the company’s lead executor for sports and entertainment partnerships. Brooks brings a depth of experience, from previous roles at the Miami Heat, LVMH subsidiary Hublot, and now operating her own brand partnerships and events firm.

The UFC has rolled out a new fighter bonus program called the ‘Fan Bonus of the Night,’ which will give fans the ability to vote for their favorite fighter performances on pay-per-view fights. Top three fighters determined by the voters will win cash prizes paid in Bitcoin, scaling from $10K to $30K for each fighter. It’s a refreshing new take on crypto payouts, fan voting, and fighter rewards that is much-needed for the league, courtesy of the UFC’s existing partner in Crypto.com.

DAO Maker is the latest cryptocurrency protocol to enter the NFT space; the long-time name in DeFi is showing interest in expanding their scope, and is kicking off with an NFT collection in partnership with longtime football star, Diego Maradona. 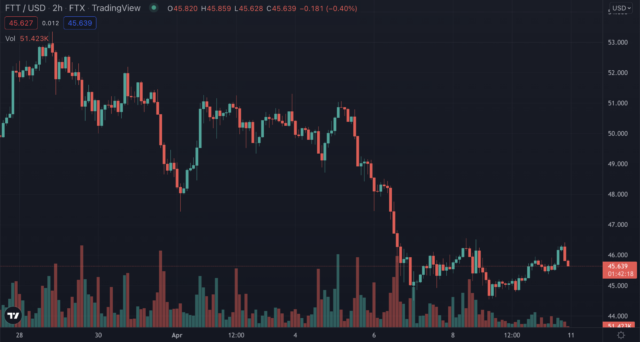 We started covering some of saga around WAGMI United in reports of ‘The Sports Slice‘ as early as January, as the aspiring DAO was working through back-and-forth affairs with potential European football clubs with hopes of securing an acquisition.

“Sports are supposed to be fun and bring communities together. At Crawley Town, we’re going to shake up the status quo, try out some new ideas, and build a worldwide community of fans new and old that can be excited to cheer on the Red Devils together — stretching from West Sussex to anywhere in the world with an internet connection.”

It should be a unique case study that we’ll certainly be keeping an eye on.

No More NFTs For Ghost Recon, But Ubisoft Insists That ‘Quartz’ Will Expand

In the gaming and esports corner, Ubisoft’s Ghost Recon is done with NFTs, but the company has ensured that Ubisoft Quartz will still be implemented in other titles – though what titles are still unclear. In short time, Ubisoft has had quite a saga around it’s Quartz program.

It’s the first-ever NFT deal for ESPN this past week, as the sports media conglomerate secured a new deal with Autograph.io, which will start with an NFT collection commemorating the Autograph founder himself, Tom Brady. The collection will be titled Man in the Arena: Tom Brady, featuring a 10-part documentary on Brady.

Autograph has done exceptionally well partnering with some of the leading sports stars, and now could show more interest in partnering with media and distribution partners that could amplify Autograph’s work on another level.

According to reports over the past week, FTX is reportedly looking to parlay an entry into the Indian market alongside a deal with leading cricket fantasy platform, Mobile Premier League (or MPL), which is based in India. There are few sports verticals left that FTX has left untouched. Reports state that FTX is exploring an investment in MPL through a Series E funding round that would value MPL at roughly $2.5B; the likes of Sequoia Capital India and RTP Global are already involved as investors as well.