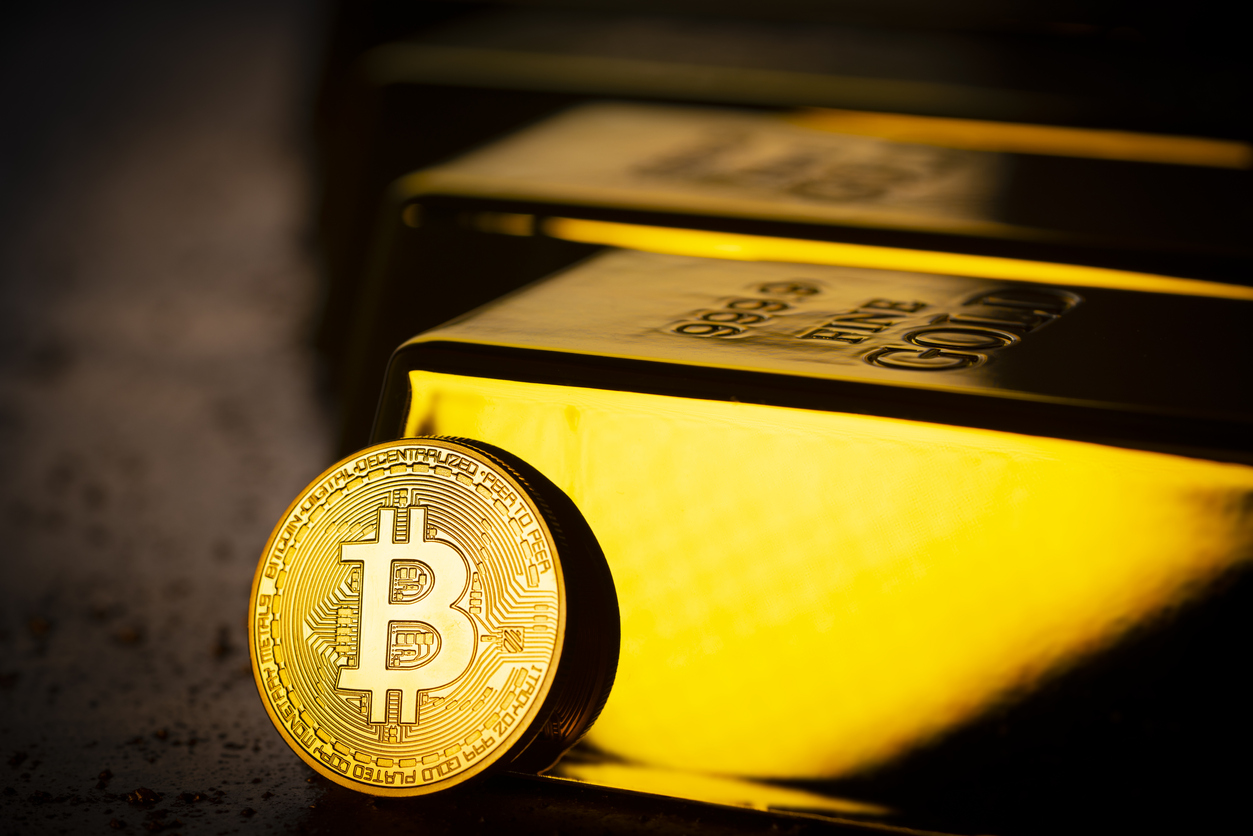 The digital gold narrative was partly responsible for institutional interest in Bitcoin, and putting the precious metal’s bull run on pause. Only recently was that narrative tarnished and cryptocurrencies fell by 50% in a flash.

The crash in crypto sent Bitcoin back to retest its former all-time high against gold as resistance turned support, and it could indicate that the greater bull trend isn’t yet over. However, the former safe haven “standard” is also breaking bullish, which makes the future between the two assets a lot more mysterious.

Theorizing A Base Metal That Can Be Transported Digitally

Bitcoin was the first ever cryptocurrency, designed by the presumed to be deceased, pseudonymous Satoshi Nakamoto. Nakamoto designed the asset to feature several attributes that are similar to gold.

Satoshi’s earliest writings shed light into why the mysterious person or group chose to do so.

“As a thought experiment, imagine there was a base metal as scarce as gold but […] can be transported over a communications channel”

That thought experiment turned out to be BTC. But the technology needed time to be adopted to build the same level of trust as gold commands.

The digital gold narrative brought the cryptocurrency’s similar attributes to light, and sucked the luster out of the precious metal’s bull run. But now the two assets are at an impasse, and its resulted in a retest of Bitcoin’s former all-time high against gold.

Bitcoin To Face Struggle In Battle For Digital Gold Dominance

During past Bitcoin bull markets, the cryptocurrency never had as pronounced of a pullback or as significant a retest of previous resistance. But the next chart could shed some light onto why that is.

Gold has been in a bear market for nearly the entire time since Bitcoin was born. The cryptocurrency market has mostly only ever known a phase when metals weren’t of interest.

In 2019 and 2020 both assets climbed together, while in mid-to-late 2020 Bitcoin took off and broke out past former all-time high resistance.

Gold is only just now breaking out from all-time high resistance and has held its former bull market peak. When Bitcoin did this in late 2020, it went on to triple in price.

A fractal from the last precious metals bull market layered over the current track gives a potential target of nearly $5,000 an ounce.

Gold breaking out into the next leg up in its bull market doesn’t necessary bode negatively for crypto, but it could cause the crypto market to pause similar to how Bitcoin put metals on ice for months at a time.