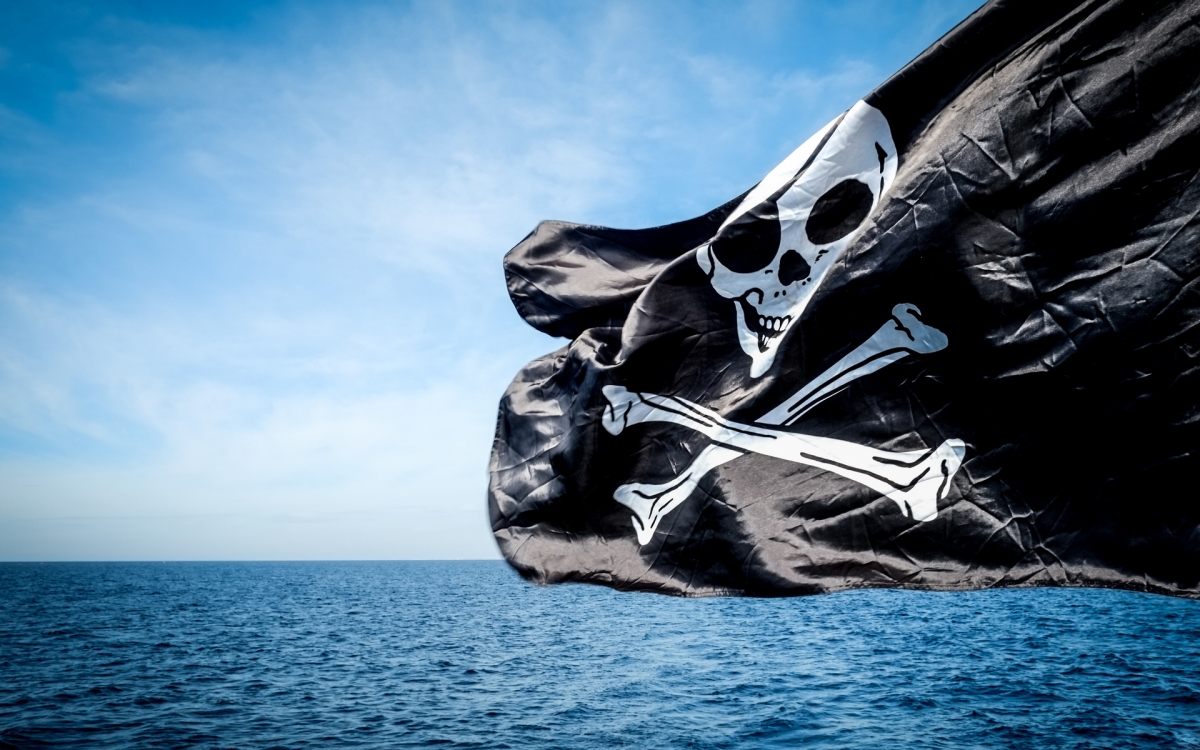 Dutch Pirate Party: The Powers That Be Aren’t Too Welcoming of Bitcoin

Bitcoinist spoke with the Dutch Pirate Party Leader Ancilla van de Leest on their recent attempt to pay the Election Council with Bitcoin, their appeal with younger voters, and why they believe everybody should be free to choose the currency they want to use.

Dutch Pirate Party: ‘We Need a Viable Alternative to Fiat’

Bitcoinist: Why was the Netherlands Pirate Party founded? What issues does it focus on?

Ancilla van de Leest (AVL): The Dutch Pirate Party is one of the 40 different National Pirate Parties worldwide. The first Pirate Party was founded in Sweden in 2006 as a reaction to the crackdown on young people sharing culture and information on the internet: The first raid on The Pirate Bay.

Both Bitcoin and the Pirate Party are about taking control away from the middlemen and from concentrations of power.

They were called Pirates by the copyright industry, and they took that name as a badge of honor. The Swedish Pirate Party quickly took two seats in the European Parliament. After this the movement spread to many countries and their platforms grew to include severely limiting patents and copyright, both online and offline civil rights, freedom of information and speech, and much more direct democracy. We’re also strong supporters of “evidence based policy.” 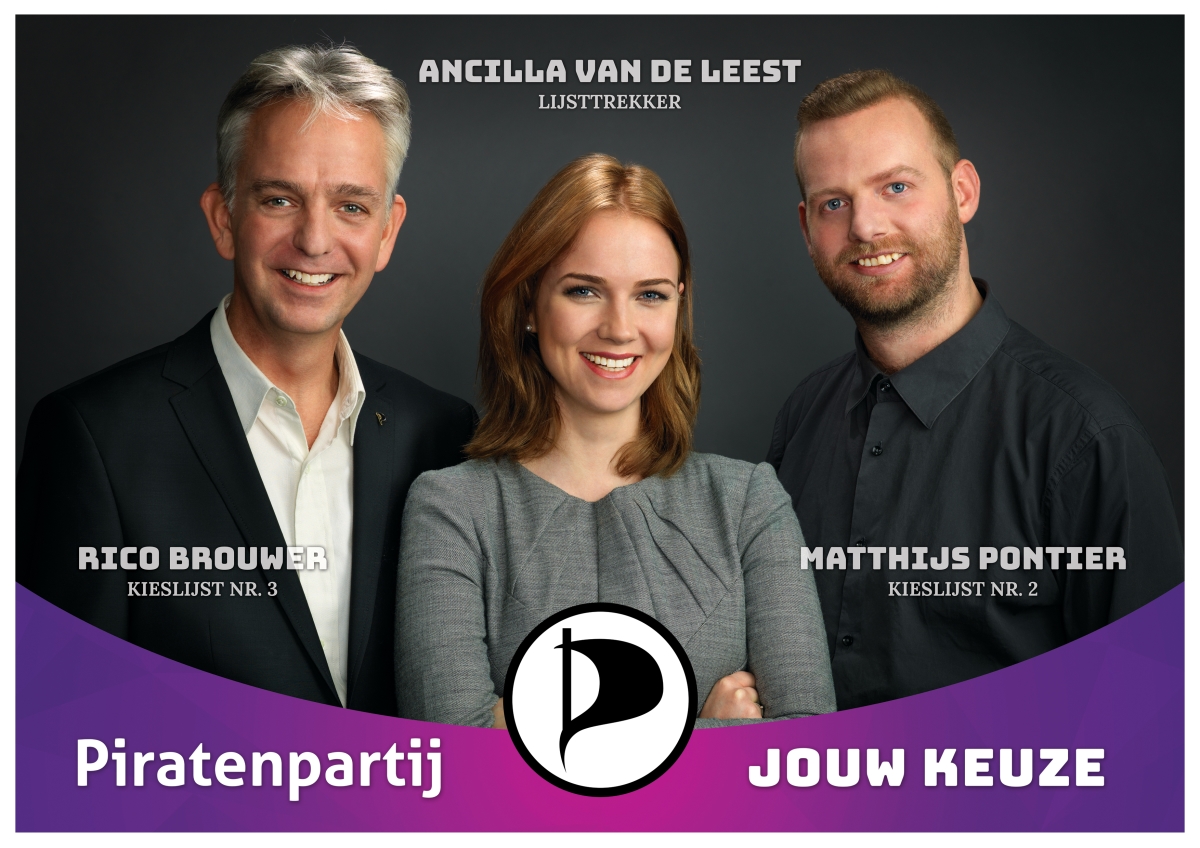 That’s why we strongly oppose the war on drugs and the war on cash. Our slogan for this election is “your choice” because we believe life is better if you can make your own choices. One of the hot topics for us this election are economic reform, data security, freedom of the press, decentralization of power, and civil rights such as privacy in an increasingly digital world.

Bitcoinist: Can you tell us about the upcoming election and what you are trying to achieve?

AVL: The election is for the lower house of the national parliament and it is held on March 15. There are 150 seats in total and there is no threshold for entry. The far right anti-immigration party of Geert Wilders (friends with France’s National Front and Germanies AfD) is set to become the largest party but we always need coalitions to form a government.

Most other parties say they won’t work with Wilders so they’ll need a 4 or 5 party coalition to get a majority without him. We’re aiming for three seats and we need about 65,000 votes per seat. We have no ambition to be in government (yet), just to keep the government in check, to ask the tough questions, and to bring internet awareness and IT expertise to parliament.

Bitcoinist: Why did you attempt to pay the Electoral Council with Bitcoin? Where you simply trying to make a statement? Or is there another reason?

AVL: We have used bitcoin to pay for other things directly in the past and are very outspoken about the opportunities that cryptocurrencies offer. We continue to welcome bitcoin donations and keep close relations with the popular local cryptocoin Gulden.

Bitcoinist: How does the ethos of Bitcoin align with the Pirate Party?

AVL: Both Bitcoin and the Pirate Party are about taking control away from the middlemen and from concentrations of power. Bitcoin may not have much of a beef with the copyright industry, but the idea is the same: bring control back as close as possible to the people themselves, and get rid of institutions that position themselves as gatekeepers to either extract a fee or to censor.

We [attempted to pay in bitcoin] to make a statement in support of decentralized currencies. […] Seems the powers that be aren’t too welcoming of this new development!

Bitcoinist: Can you explain why the payment in Bitcoin was rejected? How did you resolve this problem?

AVL: We had a stash of bitcoin laying around awaiting an opportunity like this. We definitely took this opportunity to make a statement in support of decentralized currencies. Oddly enough, the government is not set up yet to accept payments in Bitcoin! We’re talking about a traditional government institution so we took the path of least resistance and paid in euro’s and then recouped those euro’s by selling bitcoins donated to us over the years. Seems the powers that be aren’t too welcoming of this new development!

Bitcoinist: There are numerous Pirate Parties springing up all over Europe, most notably in Iceland whose presidential candidate nearly won the election. What do you think is the reason for this rising popularity?

AVL: More and more people all over Europe are fed up with the way their governments function (or don’t!). Many feel ignored and powerless. Some of those people turn away from politics altogether and stop showing up for elections. Others end up in the arms of far right parties because they play into their fears. In Iceland, the Pirates were on the barricades with the people during the pots and pans revolution and they spoke to the hopes and dreams of a better democracy.

We’ve also begun accepting Gulden a while ago and we’re looking into Monero because of our stance on the importance of privacy.

Of course, the Panama Papers helped matters a bit, after people were already very skeptical of centralized power because of the harsh Economic crash in 2008, which hit Iceland more than most other countries. Icelandic people have come to realize how important it is to have a transparent and accountable system that works for the people, not despite the people. 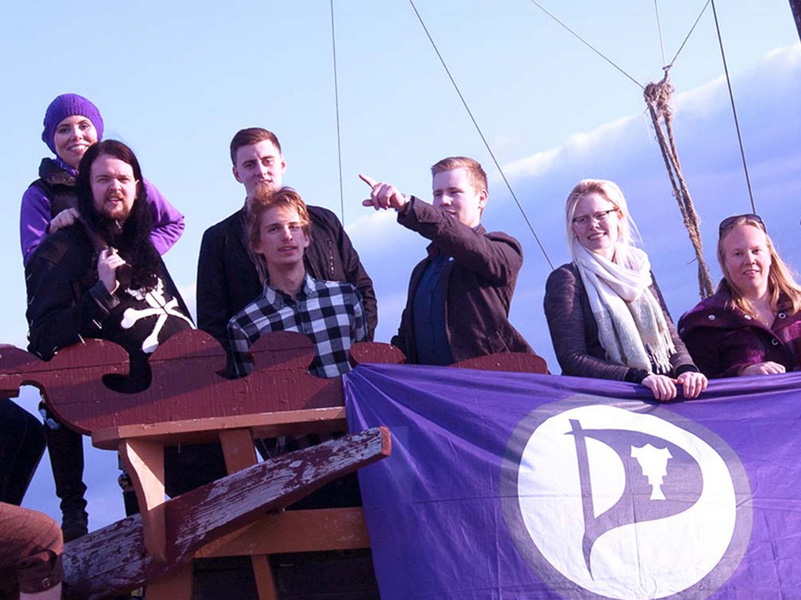 Bitcoinist: Does you party accept Bitcoin donations like Germany’s or Finland’s, for example? Does the Netherlands law support these kinds of donations?

AVL: Yes we’ve accepted donations in bitcoin for years. In fact, four years ago I donated a full bitcoin myself (15 euro back then). We’ve also begun accepting Gulden a while ago and we’re looking into Monero because of our stance on the importance of privacy.

According to the law we cannot accept anonymous donations over 1,500 euro but it says nothing about the form of those donations. So donating 1 oz. gold coins would be perfectly fine; in fact, we would welcome those donations!

Bitcoinist: The EU has a tax-free VAT policy on Bitcoin. Would this enable you to acquire more funds by accepting Bitcoin?

AVL: You don’t pay tax on buying or selling bitcoin, but you still pay VAT if you pay for a product using bitcoin. We actually prefer bitcoin donations, but they are not worth any more or less than euros. The recent rise in price has been very good for us, but as any bitcoin fan knows: that fortune can easily reverse. We don’t speculate with our bitcoins, we use them when needed, regardless of the price at that particular moment. We think our bitcoin donors would prefer it that way!

Bitcoinist: Who and where are your party’s biggest supporters?

AVL: In cities with a younger and more progressive demographic we are currently doing really well. Amsterdam, Groningen and Delft are our hotbeds. We also find a lot of support in  places with a lot of innovative hubs such as technical universities, start-ups and hackerspaces.

Bitcoinist: The Dutch city of Arnhem has the densest population of Bitcoin merchants in the Netherlands, if not the world. What are your thoughts on this project?

AVL: It shows they are really ahead of the curve and are eager to make use of the opportunities that technical innovation has to offer. Not surprisingly, they have a lot of technical school programs there, and Europe’s biggest hackerspace Beehive 4.2 will be opening its doors in the old Arnhem panopticon prison. Its encouraging in the sense that it demonstrates that it actually works over a longer period of time.

It’s definitely superior [to the Euro] due to its decentralized nature. It’s impossible to endlessly print more [Bitcoin] and that is a great advantage over out current financial system.

There is something special about Arnhem though, a lot of young people come up with concepts that work very well, from bitcoin city to Dance Festivals, to nice small shops and bar/restaurant concepts. All that entrepreneurial energy must also have helped bitcoin acceptance in Arnhem. 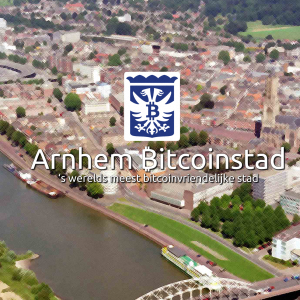 Bitcoinist: Are you concerned over the looming Bitcoin regulations in the EU? Would your party support a hands-free approach when it comes to regulating Bitcoin?

AVL: We would prefer the EU recognize bitcoin as a (foreign) currency. Next best thing would be a moratorium on regulations to give the currency and the network time to prove its usefulness. Bitcoin has so many more uses than just currency, let alone other blockchain based innovations such as Ethereum.

Bitcoinist: Do you feel that Bitcoin can be a superior currency to the Euro? Could it replace it one day or can multiple currencies coexist?

AVL: Yes definitely superior due to its decentralized nature. Also, it’s impossible to endlessly print more of them and that is a great advantage over out current financial system. At the same time we are very much in favor of some sort of tangible and untraceable currency.

The war on cash is a big reason why we need a viable alternative to fiat. You can do things with a fiat currency that you can’t with bitcoin. Some will argue that some of those things are exactly the reason why bitcoin was invented :) The Pirate Party wants to enable everybody to choose the currency they want to use for their transactions.

Would the Dutch Pirate Party get your vote? Let us know below!