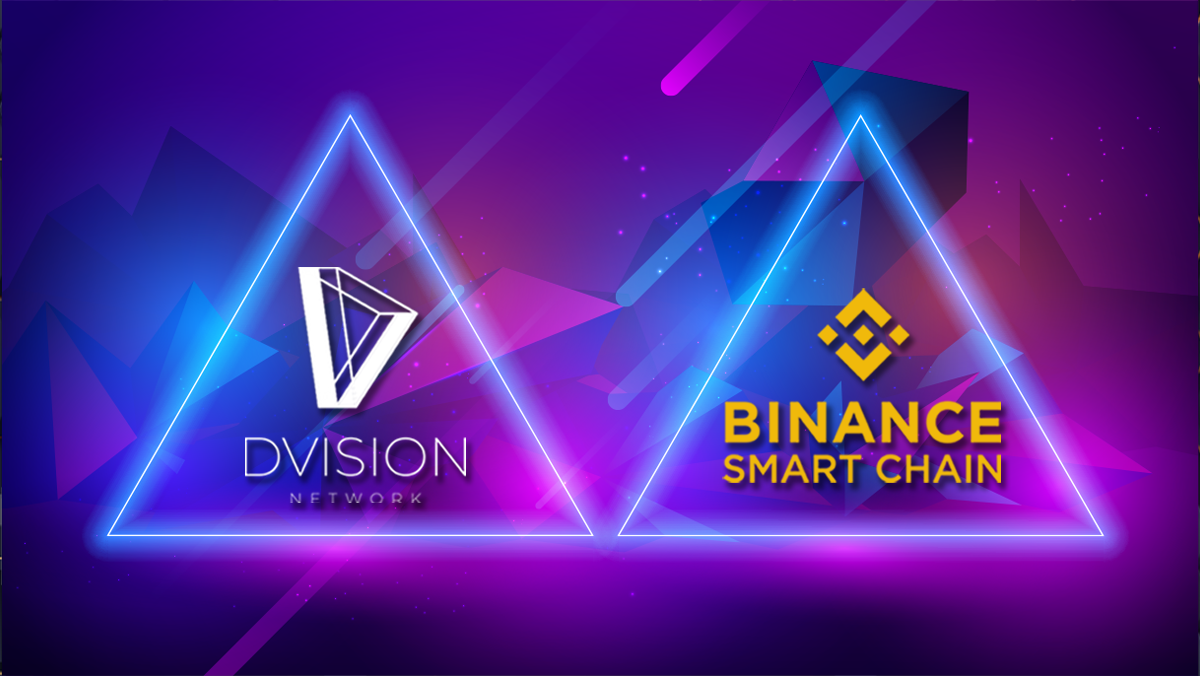 Dvision has already announced their readiness to launch on BSC in their blog post and also started a countdown in their website, which pinpoints to the official launch of the bridge on 20th May.As part of the development, Dvision Network will be integrating a BEP20 version of its token.

The blockchain-based NFT Metaverse platform will also launch a bridge that will connect Ethereum and Binance Smart Chain ecosystems. In addition, users will be able to swap the DVI ERC20 token to an equivalent BEP20 token via the multichain bridge.

Multichain bridge via the partnership with Curvegrid.

The multichain bridge is built in partnership with Curvegrid. It should be noted that Dvision and Curvegrid announced a strategic alliance several months ago, and this is the first significant outcome of the collaboration between the blockchain projects.

The migration to Binance Smart Chain will occur via the asset portal bridge “Looking Glass” built on the Curvegrid MultiBaas blockchain middleware. This blockchain architecture will ensure a smooth and convenient cross-chain transfer of DVI from ERC-20 to BEP-20 and vice-versa.

DVI stated that the decision to integrate with Binance Smart Chain is in line with its existing roadmap. The VR blockchain platform believes that BSC is an ecosystem that can lead the next generation of decentralized applications.

Dvision Network is also looking at the current trend in the crypto space, which has swung in BSC favor. Binance Smart Chain has outpaced Ethereum in daily transaction volume and will only continue to grow in size.

Dvision Network also noted that the BEP20 DVI token would not replace the existing ERC20 DVI token. Both tokens will co-exist, and the bridge will help users to swap between the two ecosystems. This will ensure that DVI is a truly multichain token, and holders will use the token to perform transactions on both the BSC and Ethereum ecosystems.

Dvision Network has already made several tests on the bridge and will integrate a user-friendly interface for the launch expected in May. Dvision will provide more information on the use cases of DVI on the BSC ecosystem before the launch. Dvision Network has officially announced on its Twitter handle, that the bridge is going to be available on 20th May, roughly a week from now.

A major development for Dvision Network

The launch of the multichain bridge is a significant milestone for Dvision Network in its quest to become the leading NFT Metaverse platform. Dvision recently released a limited edition for NFT characters and auctioned it on the popular OpenSea Marketplace.

The NFT launch was successful and exposed the virtual reality platform to a new market of NFT enthusiasts. Dvision Network continues to expand its use cases with the DVI token.

Dvision Network provides web-based real-time streaming 3D VR metaverse service so that users can easily experience metaverse contents such as fairs and games. On the Division platform, anyone can easily create NFT items without any development-related expertise. Division’s NFT trading system enables monetization by directly connecting creators and consumers without intermediaries. This serves to connect the virtual world to reality.

All these products are powered by the Dvision Network utility token DVI, listed on several exchanges, including Uniswap, Bithumb, Coinone, and Hoo.