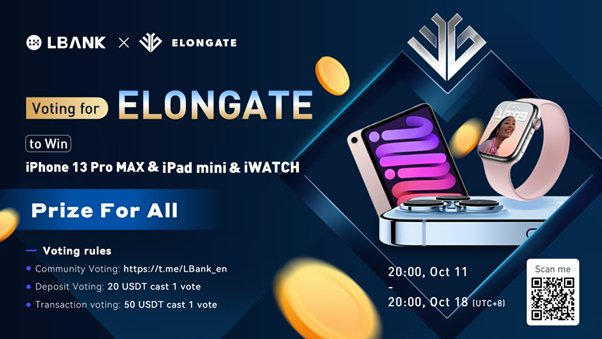 by Bitcoinist
in Press releases
36

Crypto ventures with a purpose may attract more investors since they motivate people to make a difference. Charitable cryptocurrencies like Elongate (ELONGATE) drive a social impact movement by giving large amounts of money to charitable causes.

Elongate (ELONGATE) is a cryptocurrency token traded on PancakeSwap, a Binance Smart Chain exchange. Like Dogecoin (DOGE), the cryptocurrency was inspired by Elon Musk’s March 2021 tweet.

Elongate is a crypto initiative that seeks to fuel a social impact movement. The Elongate ecosystem operates by charging reward holders a 10% transaction charge and donating a large amount to charity.

Half of the fee goes to the community, based on their Elongate token holdings—half to Pancake Swap Liquidity Pool (LP). Every week, 60% of the tokens collected go to charity.

Anndy Lian joined as a Non-Executive Chairman of the EG Association’s governing board. His primary responsibilities are to lead and advise the board, supporting decentralized and effective board governance.

As of September 23, 2021, Elongate crypto donations totaled $3,490,000. Youth Hospital Care and Patients in Need with ZHC, Action Against Hunger, and Ocean Cleanup are among the initiatives funded.

To reassure potential investors, BSCScan has an open-source contract and has passed a Certik audit. Certik gave a high rating of 88% secure with no significant issues.

Centralization was a major problem Certik highlighted, that one address might accumulate a lot of LP tokens. The Elongate team solved it.

Elongate and The Giving Block established a collaboration. Elongate has contributed to great organizations with The Giving Block and worked with their partners to promote charity crypto adoption.

For a future where every girl can study and lead, Elongate completed a seed contribution to the Malala Fund. This is why Malala and Ziauddin Yousafzai established the Malala Fund in 2013. The fund’s board, leadership council, staff, and advocates ensure all girls can attend school. Malala Fund invests in education advocates and activists that challenge anti-girl laws and practices.

Elongate has helped the Human Relief Foundation and Give India raise $2 million. The latter is a Covid-19 relief effort in South Asia after a catastrophic outbreak.

Elongate also plans to launch the world’s first charity-focused exchange, the Elongate charitable-impact wallet, as well as NFT campaigns by the second quarter of 2021. The team is set to unveil a new Elongate website, NFTs, and apparel. The store will give 80% of all sales to charity.

Elongate— One Among Top 10 Voting Projects of LBank

LBank launched a poll from October 11 to October 18 in their official Telegram community (https://t.me/LBank_en).

1. Winners selected from the most voted project who deposit or trade:

2. Other 9 projects participants can win the Staking bonus.

LBank Exchange Will List Globiance Exchange Token (GBEX) on May 25, 2022