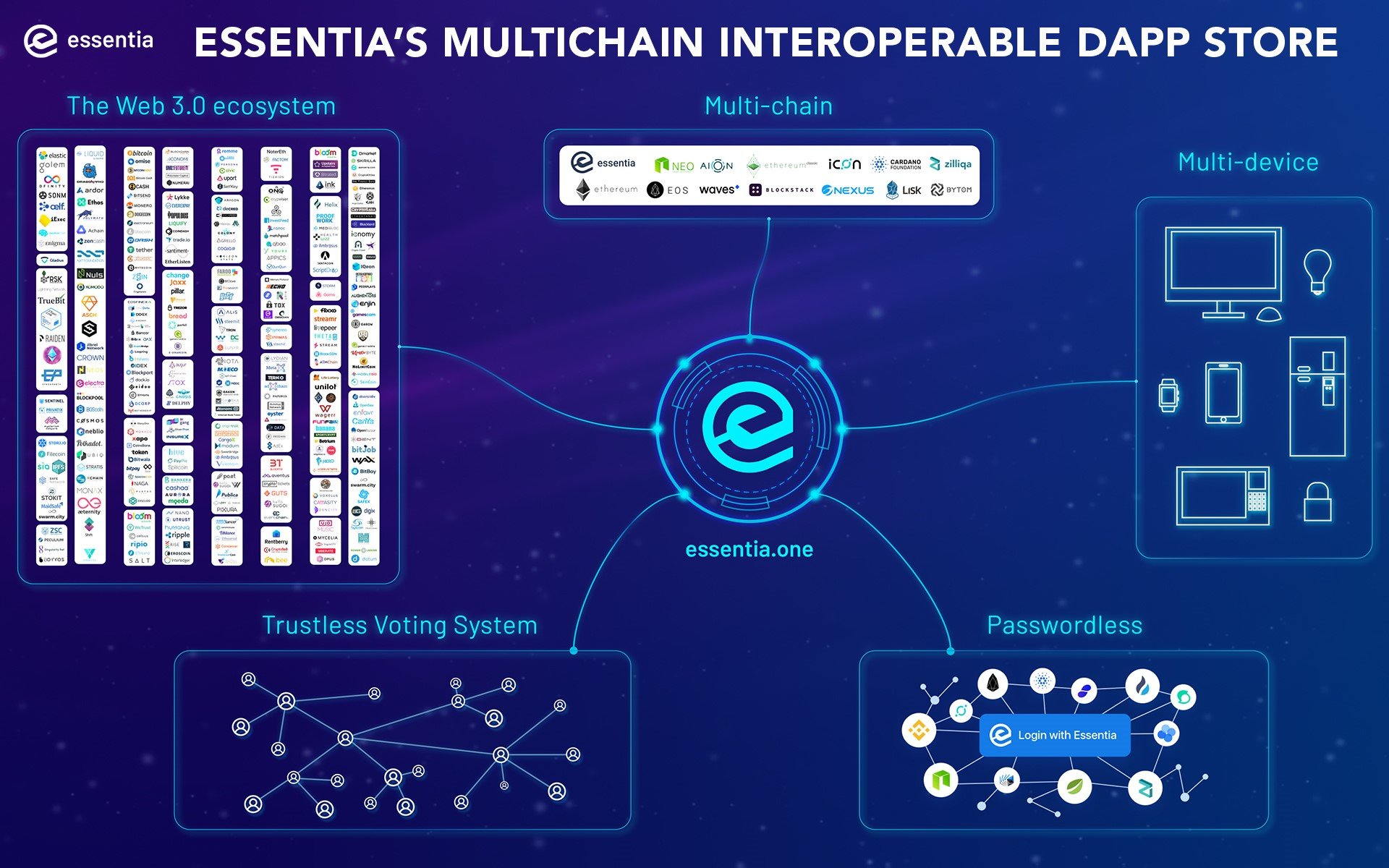 The crypto world took a giant leap forward this week with Essentia announcing their multi-chain passwordless dAppstore. This innovation has led many to believe the future of interoperability between blockchains and decentralized services is not as far off as originally estimated, here’s why…

The First Step Towards Blockchain Interoperability

This has meant that dApps largely stand on their own while users have to face the impracticality of purchasing and holding dozens of tokens. Hence, for interoperability to work, a single token which can operate across multiple blockchains is required.

The integrated dApp store solves this problem, the Essentia protocol enables users to integrate dApps onto the platform and access them entirely through the ESS token. The protocol is also accessible through a seed or hardware wallet device, making it possible to log in and access +1k of dApps without a single password. As the old proverb goes… “two birds, one stone blockchain”.

Essentia co-founder Matteo Gianpietro Zago remarked that one of the primary motivations behind building the project was to fix the problem of fragmentation in the Web 3.0.

We now have over a thousand credible blockchain projects in existence. One for decentralized exchanges, another for storage, VPN’s, social media and so on. The problem is, mainstream adoption has been restricted because of the difficulty in accessing and managing these platforms. 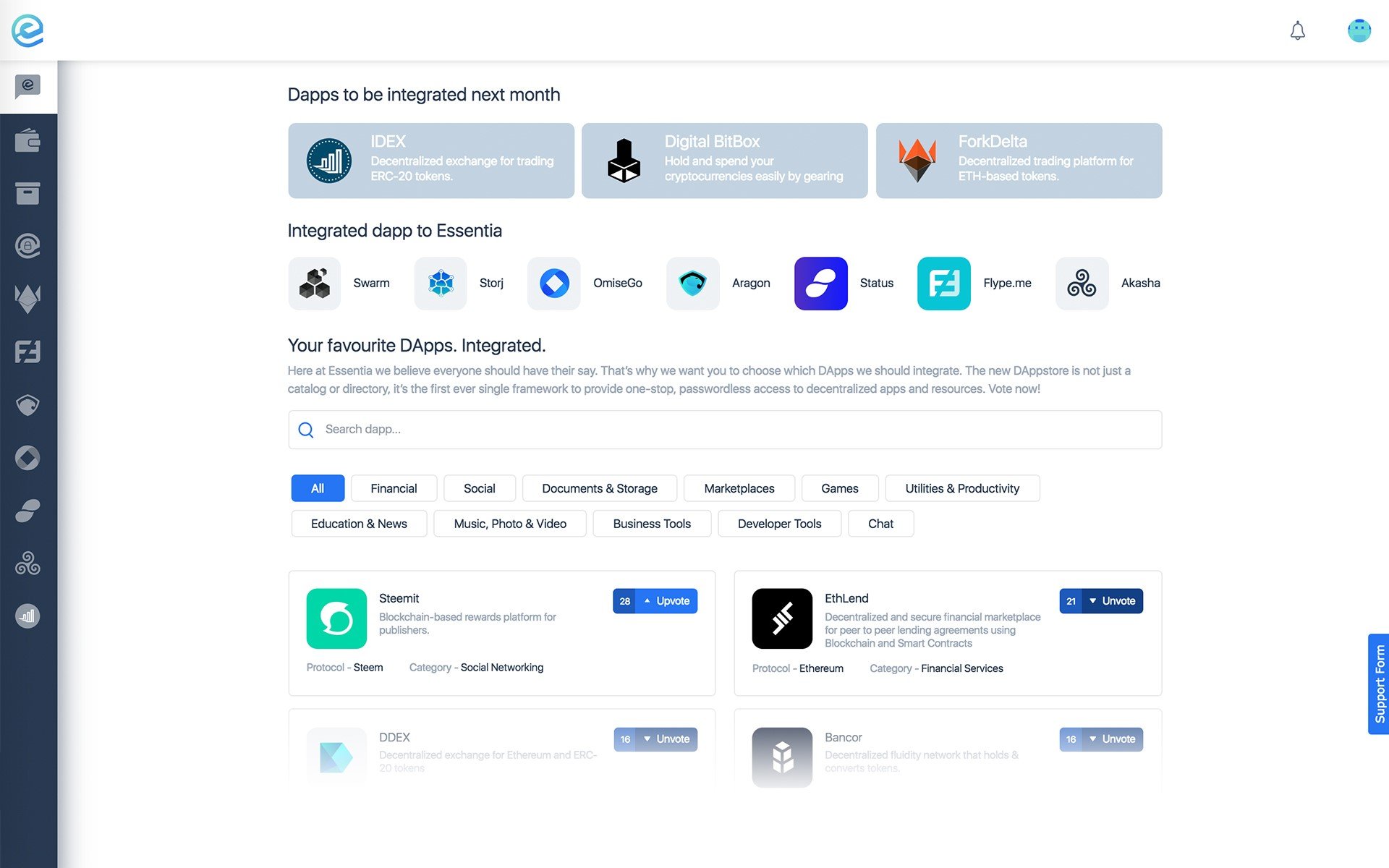 Through a community lead poll, Essentia users put forward dApp integration requests, ensuring the best and most popular dApps gain interoperability. In order to achieve our goal of widespread adoption, we need to promote valuable ideas, projects, and visions, therefore it must be a contributed effort.

We wouldn’t be the first to quote Gates, but he didn’t revolutionize the tech world by mistake. Even here, 20 years ago, he had captured the essence of the collaborative decentralized movement and blockchain economy before it had even begun. The difference is, the Web 3.0 will not burden end-users. 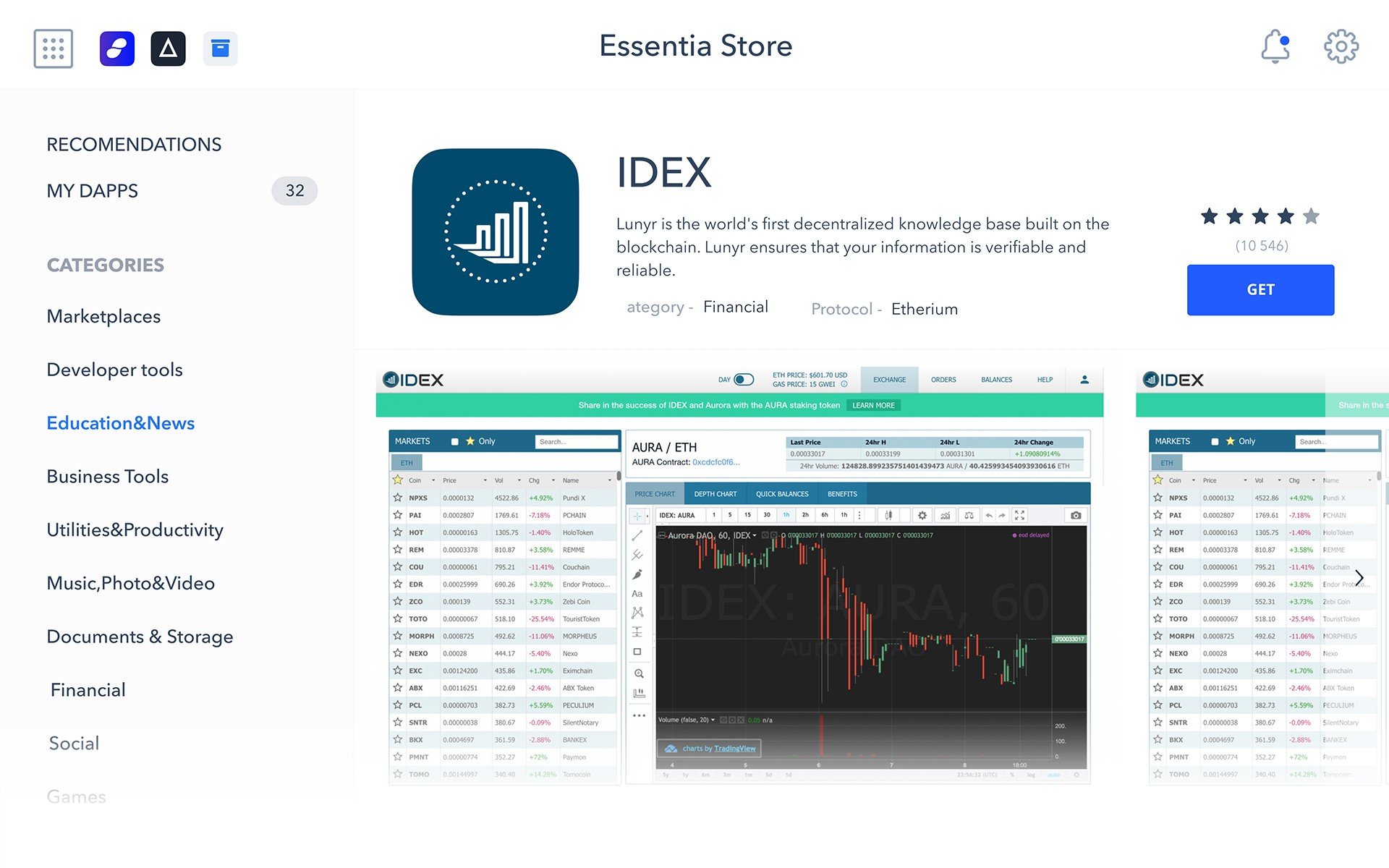 Token Economics Within the Essentia dAppstore

At its very essence, the ESS token is a utility token. It allows the bearer to use the Essentia platform/framework in a number of ways: 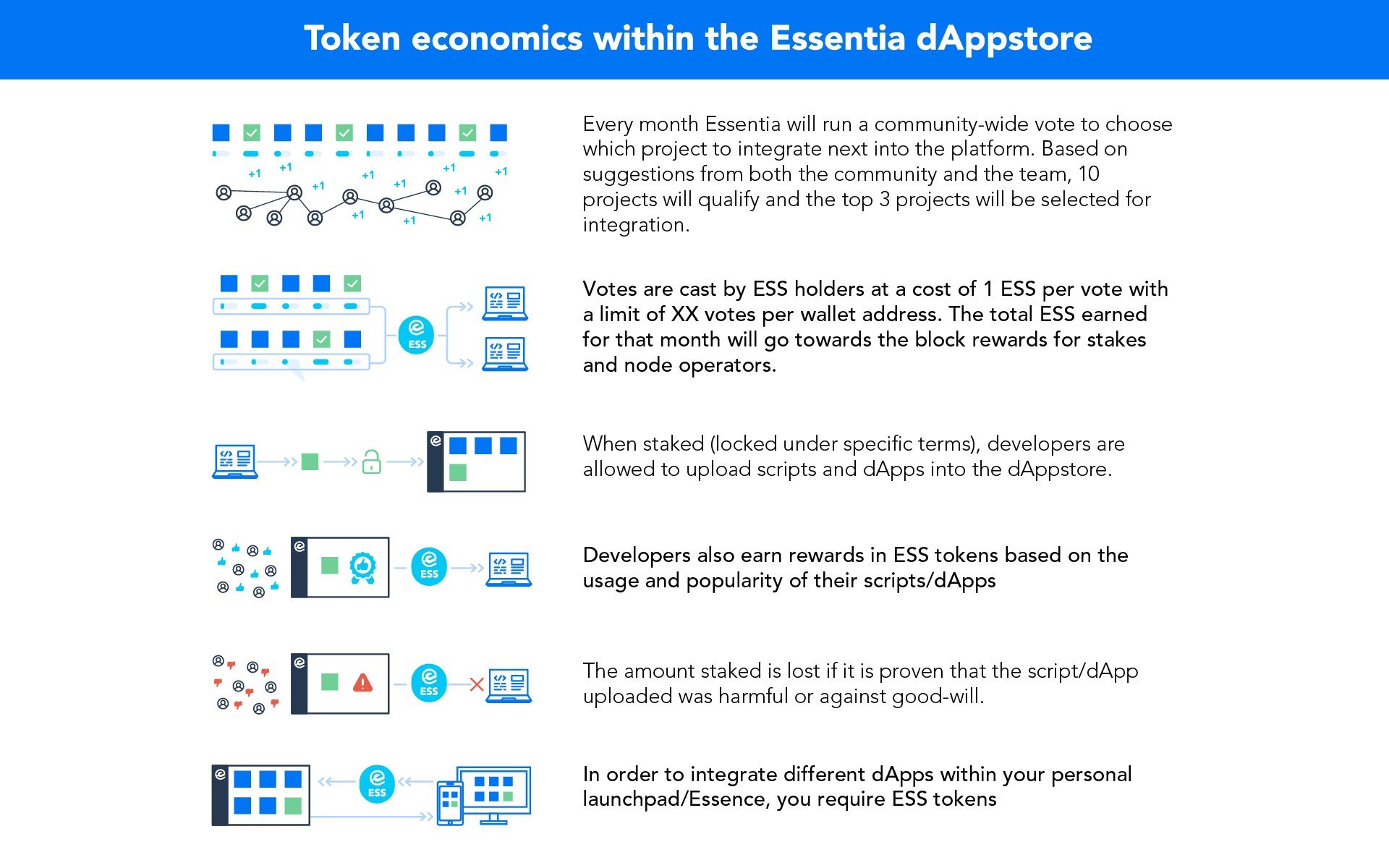 The scale of what can be achieved is enormous and the possibilities are endless. Take what Apple’s App Store did for developers and end-users for instance, the dApp store is merely its logical evolution. With the tide of mainstream adoption nigh, people will be able to operate in an environment without middle-men taking cuts, and without the fear of ownership and privacy breaches.

Try the dApp Store for yourself in the Essentia Demo. For additional information and further details, check out the official website and join the Essentia Telegram.