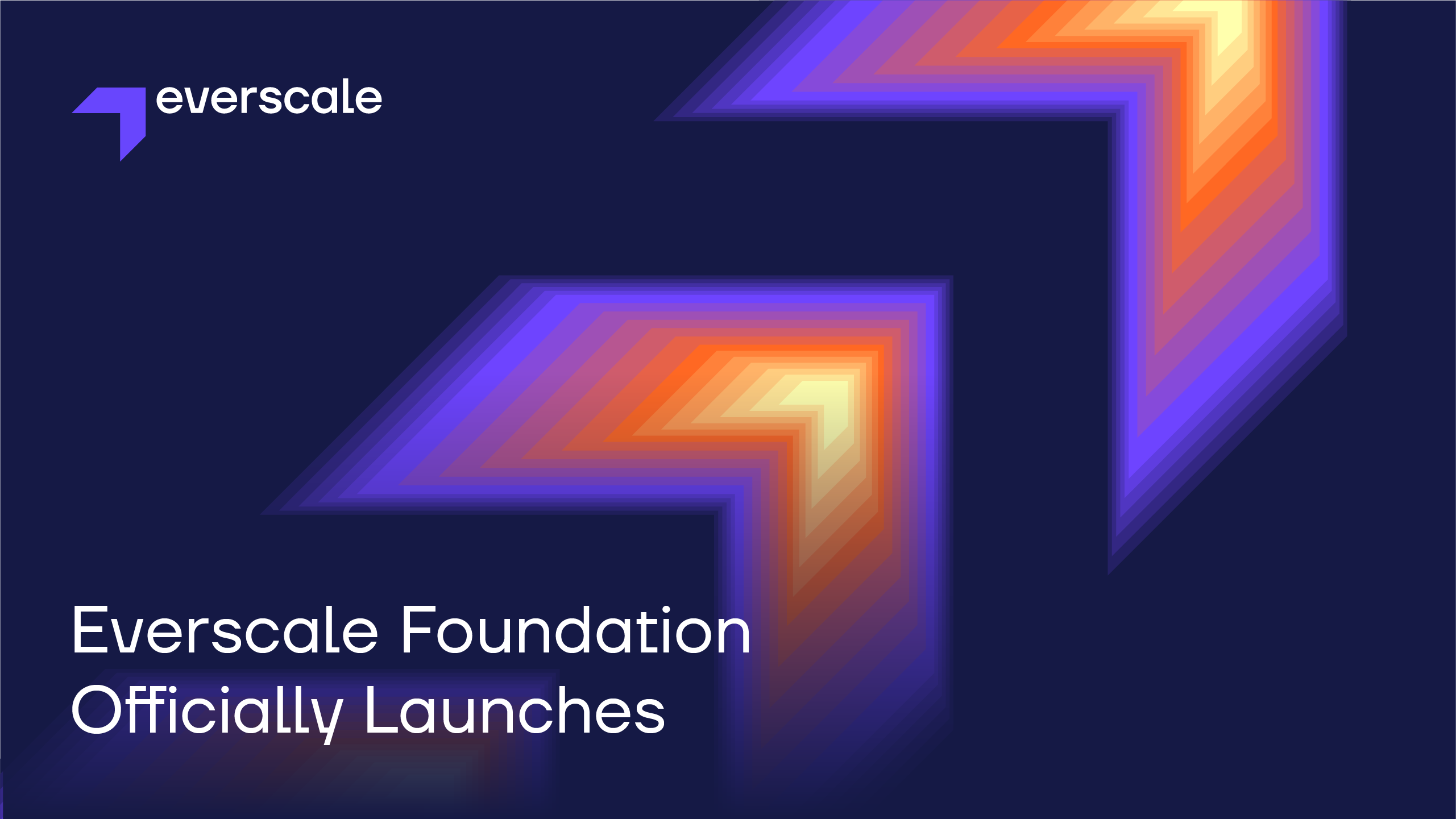 Everscale Foundation launches, here’s how it is helping blockchain businesses and developers

Last year, leading Asian blockchain network Everscale activated its long-awaited DAO governance protocol. The result of this activation was the complete decentralization of network management, with community members now given equal footing to participate and initiate significant changes to the network. One of the most consequential results of the DAO’s activation was a vote that passed towards the end of the year which proposed the creation of a non-profit Everscale Foundation that would be tasked with driving community growth, integrating new platforms into the network’s ecosystem and identifying and onboarding new development talent.

That foundation, now titled the Everscale Foundation, has now been officially launched and registered as a non-profit organization in Zug, Switzerland. Given the decentralized nature of the network, the foundation will now fill the crucial role of Everscale representation, serving as an evangelist entity, reference point and intermediary between the network and the global community.

Now that it is in operation, the Everscale network will be to streamline the process for companies and individuals looking to contribute to the network and use its technology. Given authority by the Everscale DAO, the foundation will work to identify projects and individuals capable of adding to the value of the network’s ecosystem and provide assistance as they progress through each stage of the onboarding and development processes.

Working with governments and high-load projects

Given Everscale’s unique technical capabilities, the network has emerged as one of the best fits for governments and large-scale businesses looking to integrate blockchain technology into their working models. Everscale has the ability to scale to any network load, regardless of size, without it affecting transaction times or processing fees. This gives it a huge advantage over other networks for entities looking to launch CBDCs and other massive projects. The Everscale Foundation will be focusing on identifying projects that can benefit from what the network has to offer and bringing those projects officially into the fold.

In addition to ecosystem expansion, the foundation will also constitute the main force behind efforts to increase global awareness of Everscale. Within the foundation, there will be a press house that will constitute a direct point of contact between the network and outside media and also work on spreading the word about the network and increasing its informational accessibility. Thanks to the foundation, Everscale will be hosting more of its own events and participating in blockchain-related events all around the world.

While the foundation has been authorized by the Everscale DAO, it is still an independent entity that does not have control over the network. In keeping with its decentralized philosophy, Everscale has delegated key responsibilities to the organization while also allowing the community to have a major say in the development direction the network takes. Grants and governance decisions will still be determined via voting on the network’s DAO.

When reached for comment, Marcelo Garcia of the Everscale Foundation had this to add: “Everscale has undeniable potential to break into the top tier of blockchains by market cap. Establishing the Everscale Foundation is a huge step for the network’s development, both internally and externally. Now, outside parties will have a concrete means of contacting, learning about, and cooperating with the network and its various projects. We also can’t wait to increase our presence at conferences and events, and in the media. Given all the goals Everscale has already accomplished, it is high time for it to be globally recognized as one of the most dynamic and promising blockchains in existence.”

About EverscaleEverscale is the most technologically advanced blockchain in existence. Powered by an infinite sharding mechanism, Everscale adapts to any workload it is tasked with, without the size of the load affecting transaction times or processing fees. This makes it the ideal blockchain for hosting CBDCs and other load-intensive projects.

Over the past two years, Everscale has emerged as one of the biggest blockchains in Asia, with a thriving community and robust ecosystem of DeFi platforms. The network is currently rolling out an Indonesian campaign which will see it integrate itself with the Indonesian economy and open new doors for Indonesians into the world of DeFi and cryptocurrency.