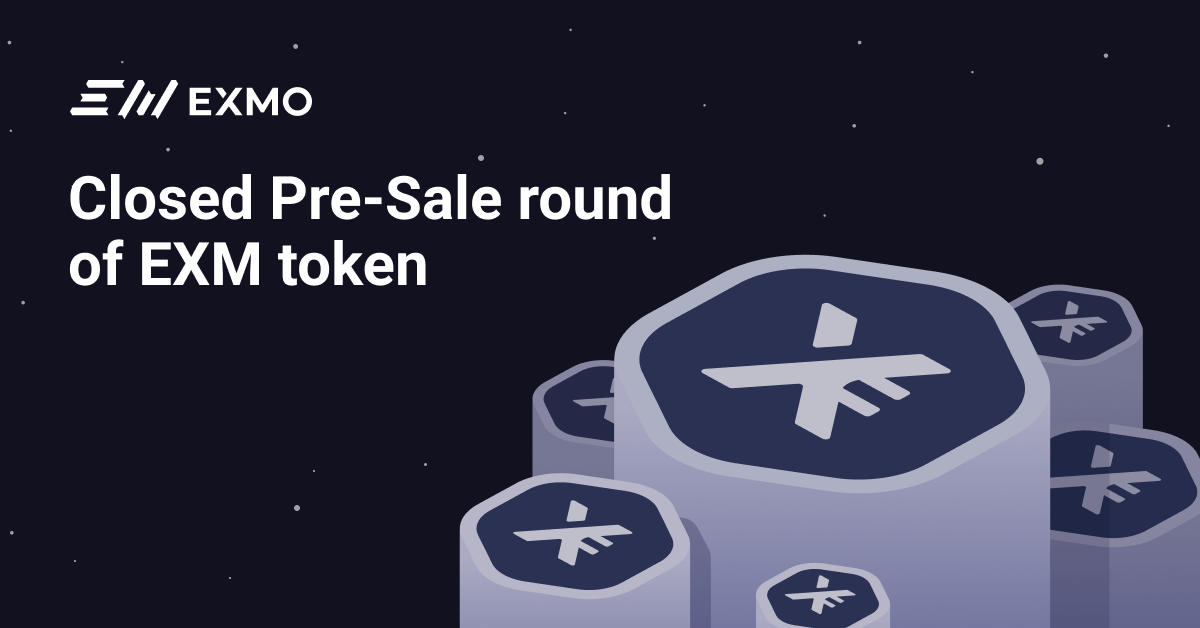 by Bitcoinist
in Sponsored Article, Uncategorized
0

EXMO, the largest crypto exchange in Eastern Europe with 40 thousand active traders and 1.6 million registered users, has announced the release of ERC20-based EXMO Coin (EXM). It’s set to be integrated into the EXMO internal ecosystem, as well as leading payment systems and cryptocurrency wallets with which the partnership will be established in the future. Before running the first stage of a public sale, a private pre-sale round is starting now, with a discount of 15% for those who apply for coins until July 28.

Conceptually, EXM is similar to that of many other exchange tokens in the world of cryptocurrency trading. It functions as an economic incentive for users to participate in the exchange’s ecosystem. A series of incentives include reduced trading fees, increased referral payouts, access to copy top traders and other leverages for greater profit.

Technically speaking, EXM is issued on the Ethereum blockchain using the ERC20 standard as the smart contracts interface, which means they are supported by the majority of crypto exchanges and wallets interfacing with the Ethereum network. It’s fully compliant with the international security standards ISO/IEC 27001 and CCSS.

Noteworthy that the EXMO team announce their plans to launch an equivalent contract on the TRON blockchain which is characterized by high throughput, and implement the ability to swap assets between the TRON and Ethereum blockchains.

So, what are the benefits to acquire EXMs?

Such incentives seem not to be overlooked by current and future users of the exchange, especially since EXMO offers IEO services, OTC trading, fast API, increased cashback and merchant services in addition to standard operations.

The order of token sale

As reported in EXMO, placement of tokens will happen over several stages: one private sale and three public rounds.

The public rounds will be held as an open exchange offering, IEO. At the first stage, 50% of the total issued tokens will be sold. The remaining 50% will be subject to a 3-year lockup to be partially unlocked every six months. Three days after the completion of the third round of the IEO, EXMO Coin will be listed and added as a trading pair to the most traded cryptocurrencies on the EXMO Cryptocurrency Platform.

A private pre-sale is planned for the first stage, where a portion of the issued tokens is offered to investors via individual requests, with a minimum purchase amount of 1 BTC and 1​5% discount.

Requests are accepted through 23:59 GMT+3 July 1, 2019 via email at [email protected]​ or via the feedback form found at exmo.money.