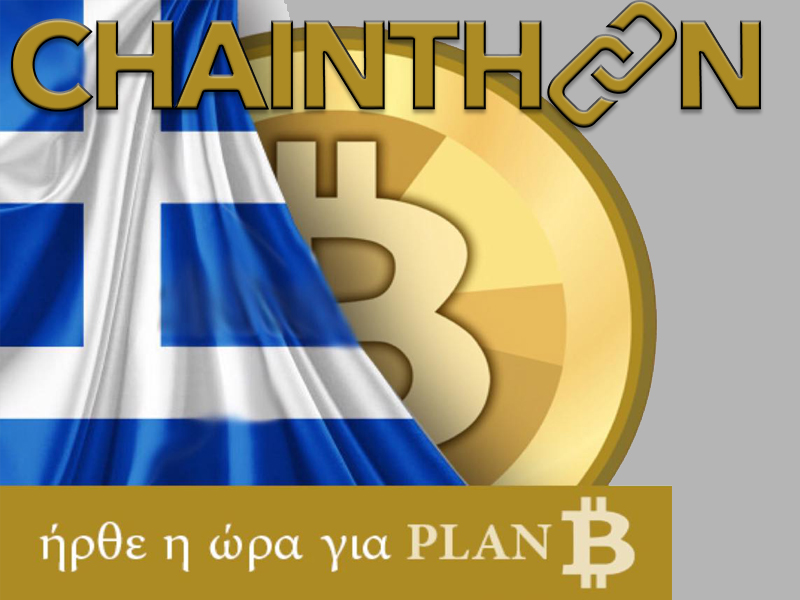 The Hellenic Bitcoin Community (HBC) is hosting its first Blockchain Hackathon in Athens, Greece on October 17, 2015. The Chainthon — as it’s called — will be hosted at Orange Grove (Leoforos Vasileos Konstantinou 5), offering a fun-filled coding experience and discussions for everyone involved. The theme of the event is called “We Hack Crisis,” derived from the economic crisis happening in the region.

“The event is aims to increase awareness locally and tackling the more prevalent issue of value transfer in situations of socioeconomic crises. We will try to hack together, a practical and accessible system that can transfer donations to anyone without requiring a lot of education or an intermediary.”

The very first Hackathon in Greece will focus in on the humanitarian side of the crisis — mainly the refugee problems throughout Europe. Hackathon will promote individual financial freedom that helps the Greek community as a whole. Attendees will be able to watch, implement and develop new applications through coding amongst their peers. The HBC says that many people from Greece will be in attendance, but it is a worldwide event and is accessible to anyone interested in this technology.

In Greece, capital controls are blockading the good people of the region from moving their wealth and prospering economically. These controls are restricting their financial movements, and citizens are not able to use the traditional banking gateways. This leaves the unbanked Greeks no option to send remittances overseas, and they must hide or carry large sums of money while travelling through borders and the countryside. HBC wants to encourage like-minded people to build teams and discuss emerging technologies, API’s and open source code. HBC hopes this event can spawn ideas and innovative applications that may solve or curb their economic hardships.

After a lot of thought on the subject and observations of the never-ending financial crisis, the group decided to host this event to tackle the problem of value transfer. This year, the world witnessed the economic deadlock happening in Greece. On top of this issue, hundreds of thousands of refugees fleeing the wars in the Middle East are searching for a better place to live, only to find serious hardships all over Europe. When convening on these thoughts, the group decided to take action and initiate this event so they could bring people together so that everyone can assist with solutions to fundamental problems in Greece. The overall mission is to use blockchain technology to be the tool when it comes to value transfer and ways to get around the geopolitical crisis.

The event in Athens will be sponsored by Blockpoint and Coinomi and put together by the Hellenic Bitcoin Community. The members of this group say they are committed to making this first event a smashing success by creating solid ideas of financial disruption and economic freedom. In their eyes, they believe the results will be actionable solutions and concepts that will bring a series of prosperous ways for Greeks to transfer value.