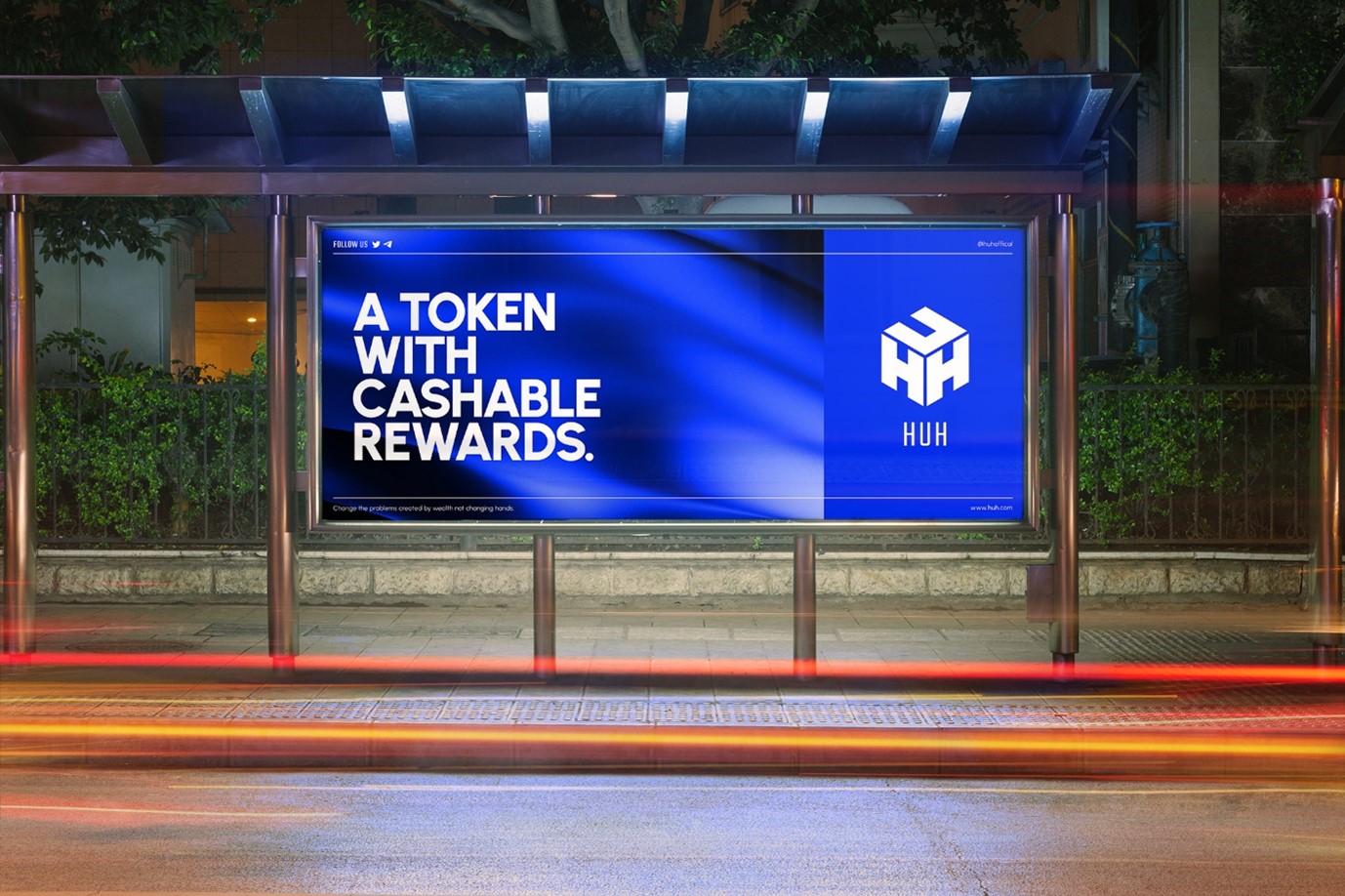 Floki Inu is one of many canine Dogecoin alternatives that have been dominating the cryptocurrency market at the moment. Vast amounts of people have gone from rags to riches in a matter of months, turning new investors into millionaires seemingly overnight.

The volatility of the cryptocurrency market will make coins, such as Floki Inu, into opportunities to make potentially large profits from small investments. HUH Token hopes to present itself as one of these opportunities that investors can benefit from with an early investment.

Alternatively, market prices can also devalue as rapidly as they can appreciate. Thorough research needs to be undertaken before investing in any form of cryptocurrency, especially those that identify as meme coins.

HUH Token is a new cryptocurrency that has branded itself as a ‘utimeme’ token. This is a combination of the words utility and meme. HUH Token may encourage this separation from meme coins so that it can be perceived as a serious cryptocurrency. The creators are hoping that the general public can utilise this token to create ‘generational wealth’ for themselves.

HUH Token hopes to prove useful to the everyday investor who may not be able to invest large amounts, in addition to those with enormous amounts of capital. HUH Token is currently in the presale stage but will announce its official release date on Thursday the 4th of November. The token will be available for sale on PancakeSwap and is a BEP-20 BSC token.

Floki Inu was created as a tribute to Elon Musk’s pet named ‘Floki’, it was created by fans and the community surrounding Shiba Inu. Floki Inu is currently available on PancakeSwap or Uniswap to buy and trade. The coin has modern hopes for the currency, such as projects surrounding the recent NFT (Non-fungible token) craze. The future surrounding those projects is still unknown but continues to intrigue many.

Floki Inu currently has shown significant growth, however, the fear for many is that this success may be contingent on Elon Musk. It is no secret that Elon Musk can influence the cryptocurrency market with a tweet containing a few words. The question is, will he continue supporting Floki Inu with pictures of his adorable dog?

HUH Token has chosen its name to match its ethos, the term ‘Huh’ is a widely used universal term that can be used in a variety of contexts. The creators want their token to be popular worldwide and continue developing a vast community called ‘HUH Nation’.

They will connect people using HUH Token and provide them with the opportunity to benefit from investing early. The token benefits those who invest and hold onto their investment, going one step further, you can even refer additional people by using a referral code. This code will be generated once you register a wallet on the HUH Token website.

HUH Token has the tools available to them to have an exceptional launch, many investors will be excited to hear the release date announcement on Thursday. Floki Inu has demonstrated substantial growth recently and can only go one of two directions, continuously spike, or devalue to a lower stable price.

HUH Token has demonstrated a lot of its advantages through its features and currently doesn’t rely on celebrities to increase its market price. However, the power of celebrities, such as Mr Musk, cannot be understated if they commit to supporting cryptocurrencies.

Investors will be keeping a close eye on HUH Token to see how their soon to be announced launch develops.