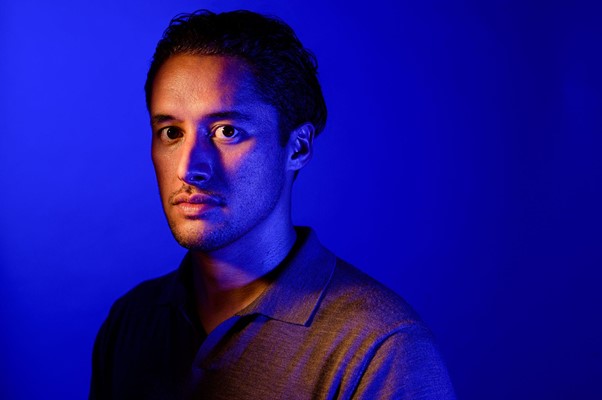 From Successfully Hedging His Bets On Cryptocurrency And NFTs, Multi-Millionaire Daniel Maegaard Is Now Betting On A Promising Career As A DJ

by Bitcoinist
in Press releases
25

Meet DJ Seedphrase. He wears a signature helmet and plays throbbing commercial house beats in venues around the world. Beneath the helmet is bitcoin and cryptocurrency success story, Danny Maegaard, who has done a complete about-turn and is living the life of his dreams

Danny Maegaard’s success has been written about prolifically. It’s a real feel-good story of ‘rags to riches’ and testimony to what can be achieved if you’re prepared to take some risks and go against the current. And he’s only just begun.

A 31-year-old from the Sunshine Coast in Queensland, Australia, Maegaard became a multi-millionaire in less than a decade. His fortunes were found in cryptocurrency and bitcoin after a mix of risk-taking, timing, intuition, and luck, resulting in a multi-million dollar payout. After cashing out, he traveled to over 40 countries before heading back to build an empire in NFTs.

It all started in 2013 when he was 22 years of age. Maegaard was a university student and working as a part-time service station attendant. Instead of working on a psychology assignment, he was surfing the internet and stumbled on an article about a cryptocurrency called bitcoin, which immediately piqued his interest.

This led him to start researching the world of cryptocurrency and the benefits that could be reaped from investing in it. He decided to invest $4,000, which was all of the savings he had at the time, into bitcoin at $150 apiece. “Everyone thought I was crazy. But my philosophy was that this was the time for me to take risks – when I was young and didn’t have responsibilities like a mortgage, kids, and bills to pay,” he says. His risk ended up being well worth it.

As his investment in bitcoin paid off and his passion for cryptocurrency grew, Maegaard finished his university degree and decided to work on cryptocurrency investing full-time. With precision timing, he cashed out his investment in 2017, which had grown into millions of dollars, and booked a one-way ticket to Europe to begin his travels around the world.

When he returned from his travels he discovered NFTs and bought some of the most sought-after NFTs. Amongst his collection, he purchased ​​CryptoPunk #8348, which is valuable because of its rarity. The CryptoPunks are 10,000 uniquely generated characters. No two are exactly alike, and each of them can be officially owned by a single person on the Ethereum blockchain. He paid $18,000 and was recently offered $4.2 million for it.

Now CryptoPunk #8348 has become his signature look as he hits the decks in clubs and venues in his new career as a DJ. Wearing the CryptoPunk image as a helmet, Maegaard now focuses his time on his passion for music. “It’s not entirely about the money anymore,” he says. “I’ve done incredibly well with my crypto and NFT investments and really wanted to look at what’s next. How do I continue to define myself? And I thought the intersection of music and NFTs was unique.”

“You have incredibly fascinating DJs, musicians and influencers who have tried to get into the Web3 space but I feel like I’m in a really good position to discover their world. There’s a ton of overlap there and I wanted to do something that’s unique and hasn’t been done before” he adds. “So I decided to build a brand from my own NFT. It’s a very unique selling proposition. Having the rarest CryptoPunk has helped me stand out in the music world.”

A year ago, Maegaard had a very small social media presence. It was the need to build a stronger online following that led to him deciding on the name Seedphrase. “My Twitter username was Daniel Maegaard. When my Twitter followers started to pick up because of my CryptoPunk NFT I had to decide what I was doing,” he says. “I had to frantically change my username to something and ‘seed phrase,’ a very crypto term, was something that came to mind and somehow was available on Twitter.”

After changing his Twitter handle the name stuck and he had to decide whether to use it as his DJ name or not. “When I first debuted in New York a lot of people said: ‘Everyone knows you as Seedphrase so you have to stick with it.'” So he did and has very quickly established his DJ brand on the music scene.

Choosing to wear his CryptoPunk helmet while he DJs isn’t an attempt to mimic notorious DJs like Marshmello or DeadMau5 who also famously wear helmets when they perform. Maegaard is more interested in evoking conversation around NFTs and educating people about their value. “It’s an educational thing. I want people to ask questions and get curious about NFTs. I want a person in the crowd to be like, ‘Who’s this idiot trying to be Marshmello or DeadMau5,’ but for their friend to respond; “That’s the rarest and most expensive NFT!’ That’s the intention behind it,” he says.

Maegaard has already played in some prestigious clubs and parties but the dream is to eventually be playing at events like Coachella and Tomorrowland. “I want to be the bridge between Web2 and Web3,” he explains. “I want to blend the two together – to be doing crypto events and big mainstream festival circuits as well. It’s about having fun educating people about NFTs and bringing a smile to people’s faces through music. I think that’s the most powerful thing about it all.”