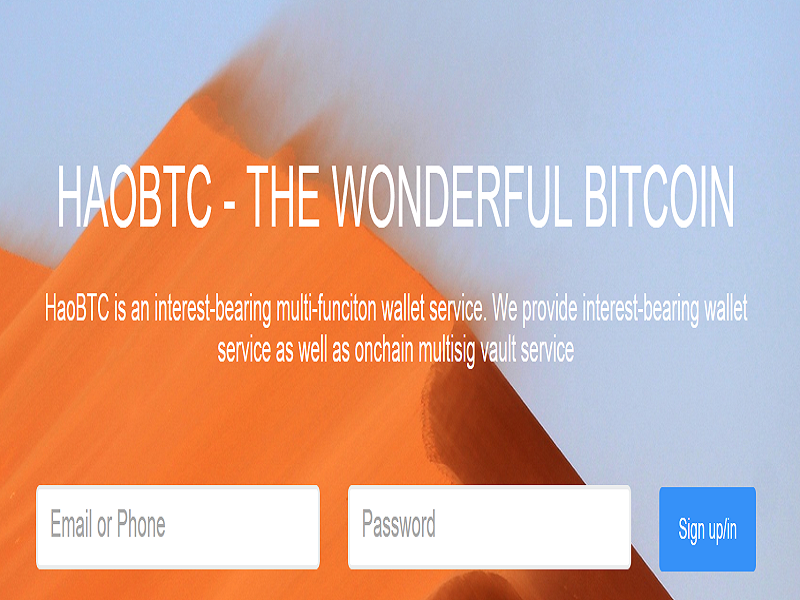 Bitcoin exchanges in China are a hot topic right now, with multiple parties competing to become the top exchange in the country. While major players such as OKCoin and BTCChina are rolling out new features in order to remain competitive, a new player is coming on to the scene. HaoBTC has launched its international wallet service and aims to become the “Coinbase of China.”

Disclaimer: Bitcoinist has no affiliation with HaoBTC

HaoBTC may be a new name for most of our readers, but the company has made a name for itself in the Asian markets. Since its establishment in 2014, HaoBTC has managed to developed a process of transferring fiat currency to bitcoin and depositing it into wallet accounts in under ten seconds. Chinese Bitcoin enthusiasts often find themselves struggling to convert the local fiat currency — Chinese Renminbi [RMB] — to Bitcoin. In most cases, the transfer from RMB to Bitcoin can take up to several business days to complete, an issue that needed to be addressed sooner rather than later. HaoBTC’s process drastically cut this wait time, allowing customers to take advantage of rapid Bitcoin price fluctuations.

In order to provide such a speedy service, HaoBTC has developed banking relationships with 12 different financial institutions in China. On top of that, HaoBTC also found a partner in an external clearance agency, which allows HaoBTC to streamline entire process of converting RMB to Bitcoin.

One thing worth noting is that China barred third-party payment processors from working with Bitcoin a while ago. China’s central bank has never been keen on Bitcoin, and the ban reflects that stance. However, that has not kept local companies from working around these barriers. Where there is a will, there is a way.

“Our major competitor in this space is OKCoin and their OKLink service. Compared to them, HaoBTC is outmanned and outgunned, on paper at least. Yet we still best them in multiple small ways, such as faster transfers of funds. We will continue to work hard and improve our services according to the needs and desires of our customer base.”

For the time being, HaoBTC plans to offer its “ten seconds transfer promise” free of charge, for both the RMB and BTC deposits. Furthermore, it is only possible to buy and withdraw Bitcoin right now, but HaoBTC has announced they will add a RMB withdrawal option relatively soon. 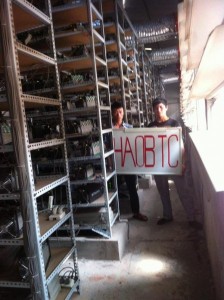 HaoBTC’s wallet service also offers interest-bearing accounts, a feature that is seen rarely in the Bitcoin world. Interest is gained by allowing HaoBTC to invest your Bitcoin balance in the company’s own mining operation. At the time of publication, choosing this option grants users an annual interest rate of 9.28%. Interest is paid out every hour to your HaoBTC wallet.

“China provides great advantage in this round of global race of arms in Bitcoin mining, thanks to its abundant hydro-power resources and mature IT electronic manufacturing industry. This has allowed us to build out an impressive mining operation, currently running at an approximate 9 petahash hashrate.”

While HaoBTC generates most of its revenue from its impressive mining operation, the company should not be viewed as just a cloud mining operation. The company’s main focus is its wallet service, which is similar to the service offered by Coinbase in several countries in the world.

All images courtesy of HaoBTC